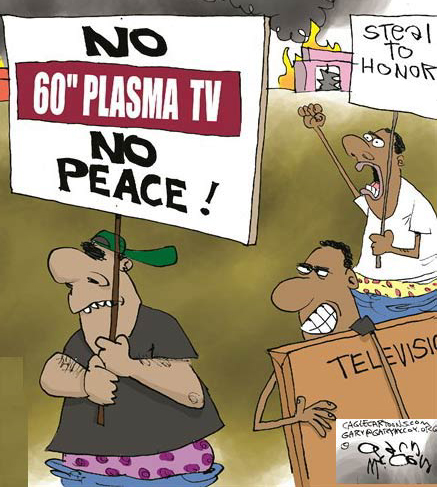 In 2003, the appointed a special counsel to investigate allegations that Libby, Vice President chief of staff, unlawfully disclosed the covert status of CIA operative .

Yet Plame may not have been a covert undercover agent, based on the formal government definition of that role. And even if she were, it was widely known at the time that Secretary of State subordinate, , had most likely disclosed her status earlier.

In other words, Libby was in an Orwellian position of being accused of a crime that may not have existed. But if it had, it was more likely committed by someone else.

Publicity-seeking special counsel convinced a , jury to find Libby guilty of obstruction of justice, perjury and making false statements to federal investigators -- not the supposed crimes for which he was originally targeted by the media.

In the eight-plus since the Libby trial, the Obama administration has blown up the law as we have known it for centuries.

once warned Latino activists that he had no legal authority to suspend enforcement of federal immigration law, stop deportations and offer de facto amnesties.

But that caution was only a campaigning talking point. After his re-election in 2012 and the midterm elections in 2014, Obama made a mockery of immigration law.

Hundreds of liberal sanctuary cities have announced that federal immigration law does not apply to them. That scary, neo-Confederate idea of legal nullification was sanctioned by the Obama administration -- in a way it never would have been if a city had suspended the Endangered Species Act, emissions standards or gun-control legislation.

As a result, once-detained and later-released immigrants with criminal records have murdered innocent American citizens.

Consider the proposed nuclear deal with . By past custom and practice, the nonproliferation agreement would be treated as what it is -- a treaty.

But ratifying treaties constitutionally requires 67 yes votes from the . Obama could never obtain that margin. So he managed to downgrade the treaty into a mere legal agreement. Then he claimed that the required 67 no votes to override his veto.

Obama also was worried about the political impact of his new Obamacare legislation on the 2014 midterm elections. So he simply suspended by executive fiat the employer mandate of the Affordable Care Act. Had another president done that to the laws of Obamacare, the left would have demanded impeachment.

In , law enforcement eased off and allowed a city to burn. But the cause of the rioting -- the supposed improper police killing of criminal suspect -- was based on the lie that Brown was shot in the back while fleeing. No matter. The ensuing public outrage seemingly exempted arsonists and looters from arrest.

Just as scary is the application of the law on the basis of the perceived politics of a suspect.

bureaucrat was exposed as a rank partisan whose office gave particular scrutiny to would-be tax-exempt groups deemed opponents of Obama's re-election efforts. She invoked the Fifth Amendment and refused to testify before a congressional committee about her actions at the . Lerner has never been indicted.

Almost everything former Secretary of State has stated about her improper use of a private email account and server has been proven false. A staffer who worked on Clinton's private server plans to invoke the Fifth Amendment to avoid testifying before a congressional committee about his role in privatizing Clinton's email.

But like Lerner, Clinton has escaped an indictment or jailing.

Not so . She is a conservative Christian court clerk in who apparently thought, given the lawless times, that she could ignore without consequence a decision making gay marriage legal.

Davis was jailed for not enforcing the law. That is a justifiable punishment -- if it were applied equally to the progressive mayors of sanctuary cities and all officials who likewise ignore federal law.

In the same manner, rank amateur video maker Nakoula Basseley Nakoula was jailed for violating his probation. Why?

Nakoula made a video insensitive to Muslims and thus was falsely blamed for the riotous 2012 attack on the U.S. consulate in Benghazi. The most likely culprit of the preplanned Benghazi attack was not scapegoat Nakoula, but the inconvenient pre-election truth that al-Qaida was quite alive in and U.S. security quite lax.

America is becoming analogous to the mess in lawless contemporary . When the law is suspended or unevenly applied for politically protected individuals and groups, then there is no law.

So we are now seeing the logical descent into the abyss of chaos.