In Israel, a reason for celebration: Let's stop and make a hard-nosed, clear-eyed assessment 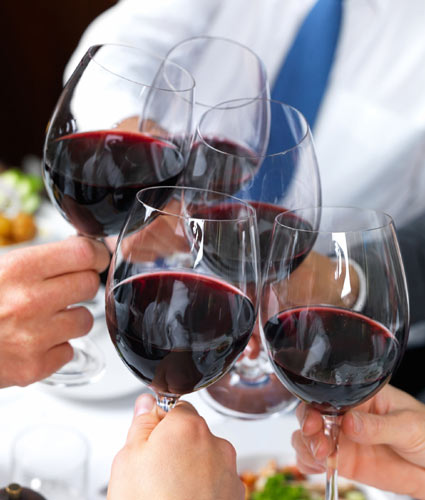 As we approach Rosh Hashana, the Jewish New Year, the people of Israel need to recognize how lucky we are.

True, today, we find ourselves largely alone, set apart from our traditional partners in the Western world. But standing alone isn't always the worst option. Today it is certainly not the worst option.

Over the past several years, we have witnessed the growing radicalization and fragmentation of the societies of neighboring lands. Sunnis fight Shi'ites and one another. Minority populations are slaughtered, enslaved and oppressed. Regimes fall, rise and fall again. Today, every Arab society is either in danger or at war. And in almost every case, it isn't good fighting evil but varying degrees of evil and barbarism fighting one another.

From the PLO to Islamic State, through Hamas, the Muslim Brotherhood, the Assad regime in Syria, the ayatollahs of Iran, Hezbollah, the Erdogan regime in Turkey and other though Saudi Arabia, every single actor in the region resorts to some degree of torture and oppression.

And all do so while quoting the Koran.

Israel has responded rationally to the carnage at our doorstep.

We help where we can. For instance, we are assisting the Egyptian regime in its war against jihadist forces in Sinai. We support the Hashemite regime in Jordan. We provide humanitarian assistance to the victims of the bloodbath in Syria.

And we are securing our borders.

After we finished building the border fence with Egypt, we built one along the Syrian border. Now we are fencing off the border with Jordan.

These fences may not make good neighbors. But they do keep the bad ones at bay.

Similar rationality is in short supply today in Europe and among the smart set in America. Westerners are increasingly at a loss in the face of the break-up of societies throughout the Arab world.

Consider for instance Europe's disoriented, confused response to the massive wave of refugees from Syria now washing onto its shores. Perhaps the most notable aspect of the unfolding drama is that it appears the Europeans only just realized that Syria has fallen apart.

The war in Syria broke out nearly five years ago.

Hundreds of thousands have already been killed in the conflict. Ten million people — nearly half of Syria's pre-war population — have been displaced. For the past four years, millions of Syrians have been living in refugee camps in neighboring states — first and foremost in Turkey, Lebanon and Jordan.

Most of the refugees now arriving in Europe are coming from these camps, rather than directly from Syria. Rather than help them either resettle in the lands to which they fled, or take action on the ground in Syria to enable them to return to their homes, the Europeans largely ignored them.

Part of the reason Europe has ignored Syria, of course, is indifference. So long as it's happening "over there," the Europeans really couldn't care less.

But indifference alone does not explain how Europe has been taken by surprise by a humanitarian disaster of the magnitude now unfolding at its borders.

Identity politics have played a key role in shaping Europe's failed Middle East policies — in Syria and throughout the increasingly destabilized Islamic world.

Identity politics distinguish between various groups based on how they fall on a spectrum of "oppression."

Western nations, led by Europe and the US, are all classified as "oppressors," due to their "imperialist" past.

The Islamic world writ large is classified as "oppressed."

All groups that receive "oppressed" status are immune from judgment, much less resistance from those who fall on the side of the "oppressors."

Given this taxonomy, Europeans along with the sectors of American society that have embraced identity policies are incapable of recognizing, much less taking action against, radical Islamists.

Those who are oppressed by the "oppressed" of the Islamic world — the Yazidis, Christians and Kurds, for instance — can receive no sustained protection from their jihadist oppressors by the "Muslim-oppressing" West.

The immunity identity politics confers on "oppressed" population groups adheres even when those groups themselves engage in oppression.

There is, however, one group in the Islamic world that identity politics do not immunize from Western opposition. The West can oppose Arab regimes that wish to cooperate with the West in fighting against radical Islamists.

Egyptian President Abdel Fattah al-Sisi for instance is a member of this group. Ever since he overthrew the US-supported Muslim Brotherhood regime two years ago, the US has kept him at arm's length. Washington has imposed a partial weapons embargo and denied US support for its war against jihadist forces in Sinai.

Then there is Libya. Libyan dictator Muammar Gaddafi collaborated with the West against al-Qaida from 2004 until he was assassinated in 2011.

That year Gaddafi was overthrown by European forces backed by the US. The West overthrew Gaddafi in order "to prevent genocide."

The chaos that ensued in Libya after his overthrow has in turn enabled al-Qaida and Islamic State to take over large swathes of the country.

The West has had nothing to say about this turn of events.

The tyranny of identity politics is not limited to its conferral of immunity on jihadists. Identity politics are a comprehensive, totalitarian world view that dictates responses in all areas of human endeavor.

For instance, the "Black Lives Matter" group in the US, which sanctions the murder of policemen, is given a pass by adherents of identity politics. Its followers view all blacks as oppressed. Police, who are perceived as agents of Western oppression, cannot expect sympathy when they are murdered.

In Britain, adherents of identity politics not only want to see Britain out of the Middle East, they support their country's unilateral nuclear disarmament, because as they see it, Britain is unworthy of nuclear weapons due to its imperialist past.

A testament to the power of identity politics in Britain is the rise of Jeremy Corbyn. The radical Labor parliamentarian is expected to win the race for leadership of the party on Saturday.

Corbyn is a shining example of the type of leader produced by identity politics. He opposes British power. He is a foe of free markets and the British military. He supports Hamas and Hezbollah. He has led anti-Israel demonstrations and conferences organized by Islamist organizations. He has contributed to an organization led by a Holocaust denier and participated in its conferences.

And of course, he opposes Israel and Jews who support it.

That's the thing of it. Identity politics define both Israel and Jews in the Diaspora as "oppressors."

Many Israelis as well as Jewish organizations in the Diaspora have been trying for years to prove that this is untrue. Israel is after all the victim of both European and Islamic imperialists. Zionism is a national liberation movement.

But these protestations have made no impression on anyone. And this is to be expected. It isn't possible to change Israel's classification on the oppression scale, because the scale is completely arbitrary. Even worse, every attempt to question the arbitrary scale simply induces more hostility on the part of its adherents. Questioning whether oppressed groups are in fact oppressed is itself an act of oppression and further proof that those who question are indeed oppressors.

In other words, identity politics are a closed intellectual universe immune from all doubts, and logic.

According to media reports, British Jewry is in a state of panic at the prospect of Corbyn's imminent takeover of the Labor Party. They understand that if he does win on Saturday, any residual influence they have over the second largest party in Britain will disappear. And the consequences of this loss of even a semblance of power will not be long in coming.

This week it was reported that during the past year the UK has seen a 93 percent rise in anti-Semitic attacks. This week's brutal assault on a group of Orthodox Jewish teens in Manchester by three Muslim Jew-haters was just a particularly brutal example of what is now a daily phenomenon in Britain.

The violent demonstration against Prime Minister Binyamin Netanyahu outside 10 Downing Street on Wednesday was similarly to be expected. Britain's kid glove treatment of Muslim violence and racism empowered protesters to trample on the Israeli flag, and call for the destruction of Israel and for Netanyahu to be killed just meters away from where he was meeting with Prime Minister David Cameron.

As for the US, identity politics control the lives of university students from the moment they enter the gates of their campus until the moment they leave them. It is due to this stranglehold that anti-Semitism is now rampant in American academia.

Quite simply a university that subscribes to identity politics cannot accept that Jews are persecuted by the groups it has deemed oppressed.

Identity politics also has significant influence in left-wing ideological circles outside the classroom.

The most obvious testament to their power is President Barack Obama's radical shift of US Middle East strategy.

The Obama administration's animosity toward Israel is part and parcel of the world view that brought it to support Gaddafi's overthrow and the rise of the Muslim Brotherhood in Egypt. So, too, the administration's refusal to take action to overthrow the Assad regime or destroy Islamic State in Syria and Iraq on the one hand, and its facilitation of Iran's rise to regional hegemony and nuclear empowerment on the other, is a clear indication that identity politics play a key role in determining the administration's foreign policy.

But there is still reason to hope that things can change in America. The fact is that two-thirds of Americans oppose Obama's nuclear pact with the mullahs and support Israel. Obama has only been able to promote his radical agenda by pretending it isn't his agenda.

As Israel seeks to secure and advance its interests in the identity politics-riven West, we must understand that our ability to impact the views of the other side is limited. The moment a society embraces identity politics, its members become incapable of rationally pursuing their own interests.

And consequently, they are lost to Israel.

As far as securing our relations with the US is concerned, we must take every opportunity to strengthen those who fight against identity politics and for rationality and reasoned analysis of reality.

And while we pray for their success, we need to recognize that this is America's fight to win or to lose. We cannot fight it for the American people.

But just as we build fences along our borders, we need to prepare for the worst in order to secure our survival.

Israel's greatest strategic asset is our willingness to see things for what they are. It is my prayer for the coming year that our vision becomes ever sharper and that through our moral and strategic clarity we rally the Americans and other like-minded nations to our side in our fight for ourselves and for the noblest attributes of humanity.