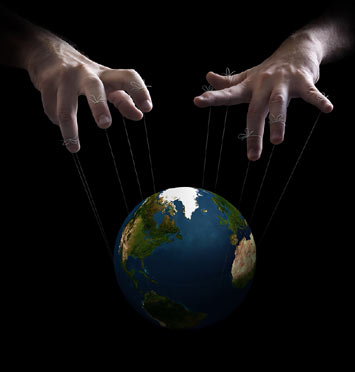 Donald Trump is a billionaire and theoretically could buy the presidency because the system is simply not accessible for the average candidate without the big bucks. This week, several states have deadlines for candidates applying to be on the primary ballots next year. Some states may have modest eligibility requirements such as $1000 fee and 500 delegate signatures but others require many thousands of dollars and signatures that will eat up whatever cash is in their campaign chests. That means that you may not be able to vote for your favorite in the primaries and you wonder why Republicans end up voting for candidates they don't even like.

Does anybody really look into who's behind those ubiquitous yet influential polls? It's a no-brainer to insist that we 'follow the money.' Who is funding the various polls? Who and where are they polling? the general electorate or registered Republicans? What questions are being asked? I've never been polled. Have you?

All the mainstream news reports are covering Donald Trump's bid for the 2016 GOP nomination and what seemed laughable when he first announced has everyone in the Fourth Estate flummoxed. I've written before about how Trump's candidacy is a good thing because he's speaking boldly about issues that have been ignored by the GOP elite. Conservatives are sick and tired of electing those they assumed had the same principles they share who campaigned for smaller government, tax reduction, repealing Obamacare, yet even when the GOP wins control of Congress, nothing happens. These voters find they've elected RINO's, Republicans in name only.

Then here comes Trump, ranting about the damage illegal immigration has done to America and all hell breaks out. He is absolutely right but the MSM as usual, turns everything said into a racial issue and it backfires. Why? Because what everyone fails to address is that the Hispanic community is not monolithic. We do not all think alike. We come from many different countries that share the same language and many Hispanics are either born here or went through the tedious and lengthy naturalization process. They thoroughly resent the idea that so many are coming here illegally and accessing benefits that rightfully belong to citizens that have paid for them. We regard La Raza, the militant Hispanic organization that liberals love, as a Marxist activist group bent on destroying our American culture.

In addition, when Donald Trump said, "When Mexico sends its people, they're not sending their best. …They're sending people that have lots of problems, and they're bringing those problems to us. They're bringing drugs. They're bringing crime. They're rapists. And some, I assume, are good people", he was speaking the truth. That truth should include the fact that illegals are being brought here and accommodated by the Department of Homeland Security. The DHS has facilitated the invasion of thousands of the undocumented who have not been passed inspections for diseases or criminal records.

So while I applaud Mr. Trump's entry into the political ring and for energizing the silent majority, I can't help but regard his candidacy as part of another rung on the rigging ladder. There may be seventeen GOP candidates but only those with the powerful GOP elite behind them are being heard on the national level. So many of Mr. Trump's remarks at his rallies that bring great applause have been spoken by several other candidates who have excellent records of achievements but are totally ignored by the MSM and the RNC.

The establishment GOP elite have their online pundits systematically attack Trump while they push forth the candidacy of their own chosen one. I don't believe it is Jeb Bush who has too much baggage to secure the Republican nomination. Therefore their next choice is John Kasich, Gov. of Ohio and regarded by many conservatives as a RINO. The fix is in. His late entry in the race somehow wound up gaining him a spot in the poll driven debate while pushing others who had announced earlier into the second tier. I find the second tier much more interesting.

I saw an amazing tweet by Michael Reagan who wrote: "My Father is not running in 2016.We need to find a leader for today. However I would say that Rick Perry is the most like my father#cowboy"

The former Texas governor has been endorsed by Marcus Lutrell (Lone Survivor) and the 'American Sniper' Chris Kyle's widow. But Rick Perry is not glib and makes gaffes that have convinced all that he is dumb. They forget that Ronald Reagan was vilified as dumb by many including the much admired atheist Christopher Hitchens who said: "He was as dumb as a stump. He could have had anyone in the world to dinner, any night of the week, but took most of his meals on a White House TV tray." Hitchens made this remark in a column for Slate subtitled, The Stupidity of Ronald Reagan.

The late Hitchens also said" I could not believe that such a man had even been a poor governor of California in a bad year, let alone that such a smart country would put up with such an obvious phony and loon."

I will always remember Reagan as the man who saved California and took away New York's status as the most populous state. Perhaps, Hitchens would regard Rick Perry's impressive record as Texas Governor as poor even though the state was the most successful job creator in the nation during the past recession..

Even the Washington Post acknowledged this in a June editorial: One of the few candidates to have served in the armed forces, Mr. Perry aligns strongly with the hawkish wing of the GOP. But his political career has focused on Texas, and the former governor touts the job creation over his 14 years in the governor's mansion, attributing it to "a simple formula" of low taxes and light regulation. Texas's jobs growth rate has been significantly higher than the national average over the past decade and a half, and the state's economy has become less dependent on oil and gas.

But the hard truth is that Rick Perry like Bobby Jindal and Carly Fiorina is not D.C. establishment and without its campaign moolah, he and the others are unlikely to break through the RINO morass that stands for politics today. The system may be rigged and unless the silent majority and the tea party unite to support a non-Rino, it will once again make us hold our nose to vote come next November.

With a strong leader, America can come back stronger than ever. I didn't see anybody like Reagan in the top ten at the last debate and I wouldn't be surprised if he would only have made it to the second tier. Lord, help us all.