If Only Gary Hart Had Manned Up 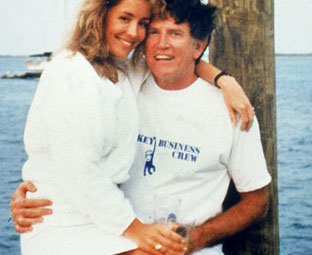 GOTCHA! The former presidential candidate and his lover caught by an intrepid reporter

I don't think it's a coincidence that as the 2016 presidential campaign looms -- and this time, Hillary Clinton likely will make use of her trophy husband -- The New York Times' finest are rethinking whether it is good journalism to explore the personal lives of public figures.

In that spirit, Sunday's New York Times Magazine featured a Matt Bai piece that gives Gary Hart a cloudy halo. Make that: Poor Gary Hart. He has to live with the prospect that if a sex scandal had not forced him to withdraw from the 1988 race, George H.W. Bush would not have won the White House (he thinks), George W. Bush would not have won in 2000 and, Hart told Bai, "we wouldn't have invaded Iraq."

In case you missed Bai's "Legend of the Fall," allow me to encapsulate. Franklin Roosevelt, John Kennedy and Lyndon Johnson played around in the White House, and it wasn't a story.

Likewise, Watergate ruined journalism by instilling among political reporters a pesky "new kind of career ambition" to expose mendacious politicians. Why, when The Miami Herald was preparing its story on Hart's dalliance with Donna Rice, there was no "debate about whether a candidate's private life merited investigation."

Bai debunks the popular belief that Hart taunted the media with his infamous "follow me around" quote before The Miami Herald began to shadow the candidate. Yes, Hart said the above to a New York Times reporter -- in answer to a question about his rumored womanizing. But that interview was not published until the day the Herald story appeared.

OK, so Hart did not dare reporters to tail him before they tailed him. That's good to know, but it doesn't change anything. It was reckless and gratuitous for Hart to say, "If anybody wants to put a tail on me, go ahead. They'd be very bored."

Hart knew that his womanizing was a ticking time bomb, but he did not defuse it. What would have happened if Hart had won the Democratic nomination and then the infamous "Monkey Business" photo of Rice on Hart's lap had hit the airwaves?

Probably the same thing that happened in 1987. When caught, Hart was a weasel. Asked why he was seen squiring Rice into his town house, Hart answered, "The obvious reason is I'm being set up." When asked whether he had taken a woman on a boat trip in Florida, Hart answered, "I don't remember."

In an email, then Miami Herald political reporter Tom Fiedler summed up the story as "Journalism 101: we got a tip; we checked it out and verified it; we sought comment from the subject (Gary Hart), and we reported what we learned in the next day's paper."

Hart's understanding wife, Lee, reveals that her husband is ravaged with regret. He should be sorry. If Hart was such a big man that he had to spread it around, why couldn't he be a man and admit it? The same goes for Bill Clinton, who hid behind his wife's "right-wing conspiracy" skirt and lied to the American public rather than admit to having sexual relations with intern Monica Lewinsky. These guys think they're so macho, until they get caught, and then they turn into squirrelly little mama's boys.