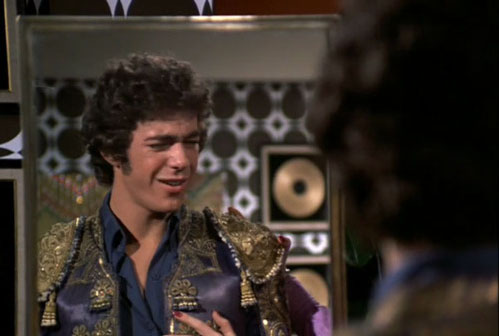 There is a classic Brady Bunch episode that those of us of a certain age will remember. Greg Brady, the handsome (if gullible) oldest son, is approached by talent scouts who claim that they can make him the next pop-music megastar.

Initially thrilled, Greg's hopes are dashed when he discovers that his agents have a prefab persona and spangly costume all ready for him, but aren't actually interested in his singing at all. Discouraged, Greg asks why they even chose him. Their infamous reply? "Because you fit the suit!"

In a bitterly ironic twist to that modern fable, the media that made a political star out of Barack Obama is now wondering aloud why he can't seem to govern. Those who got tingles up their trousers anticipating how Obama would heal the planet in his perfectly pleated pants seem legitimately baffled by his lack of political focus, his appalling disengagement, his record-breaking fundraising and tone-deaf speeches, his trips to Vegas, parties and golf games with celebrities after Americans are slaughtered by terrorists, and — most recently — his "we don't have a strategy" press conference at which, as the fates would have it, the tidbit that seems to have gotten the most attention was the president's suit.

On the one hand, the MSM's incredulity is understandable. Things are bad.

Domestically, the president disregards half of the American people and their elected officials, and threatens to act unilaterally, in contravention of the constitutional limits of his power. He ignores protests in the streets and dumps illegal immigrants unceremoniously in towns across the country. The economy is limping along.

In foreign policy, it's worse. Iran proceeds apace with its nuclear program; Hamas lobs missiles into Israel; Russia is invading Ukraine; separatists shot a commercial airliner out of the sky; ISIS takes territory, slaughters thousands, beheads children and American journalists, and threatens us on social media.

Meanwhile, the president works on his handicap.

But it's not as if we didn't know that Barack Obama's background made him wholly unsuited (sorry — bad pun) for the position. There were plenty of clues.

Back in 2008, a few less credulous writers pointed out candidate Obama's utter lack of foreign policy experience (or, for that matter, his very thin record of any political experience): the 130 times he voted "present" in the Illinois General Assembly; the few hundred days he spent in the U.S. Senate before announcing that he was running for president. Even his reputed excellence as a "community organizer" consisted of giving speeches and leaving others to do the work.

"And nearly 130 times, he couldn't make a decision. He couldn't figure out whether to vote 'yes' or 'no.' ... He voted 'present.' I didn't know about this vote 'present' when I was mayor of New York City. ... You don't get 'present.' For president of the United States, it's not good enough to be present."

Things haven't changed much during the President's terms in the White House. He played cards during the Osama bin Laden raid. We still don't know what he was doing throughout the Benghazi attack. And following his dismal first debate performance, President Obama's disdain for the process of running for office astonished even his closest advisors.

He has bragged about "believing his own bulls—" and his consigliere/fangirl-in-chief Valerie Jarrett tells us that he's "been bored his whole life" and is "just too talented to do what ordinary people do."

Including, apparently, what ordinary presidents do.

So, dear disillusioned friends in the media, do not wonder that the person currently occupying the Oval Office seems to be an empty suit. You — and those you persuaded to vote for him — put him there. Despite all the evidence. Twice.