Fear the Lord? You shouldn't 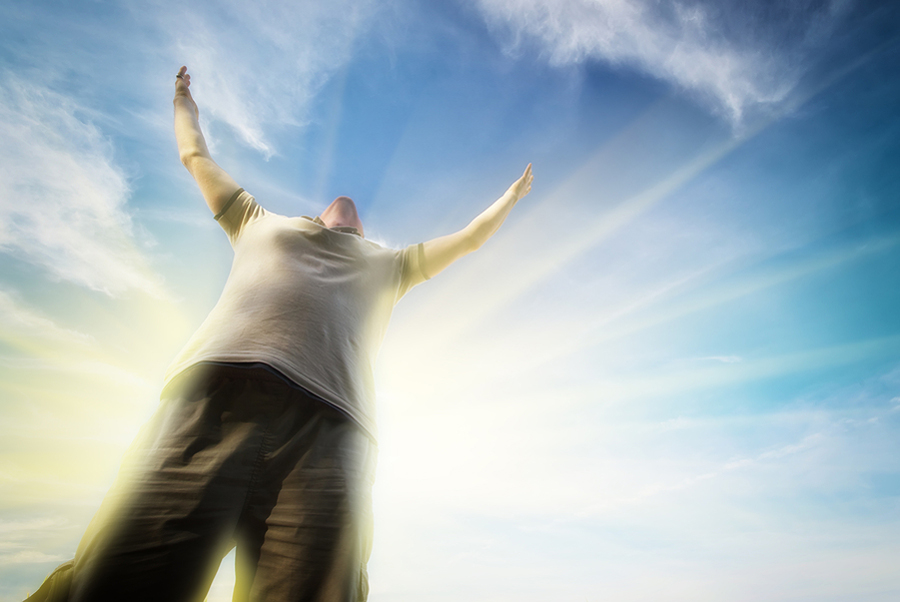 "Antignos Ish Socho would say... 'Do not be like servants who serve the master in order to receive reward… and let the fear of Heaven be upon you' " (Ethics of the Fathers 1:3).

What kind of fear does Antignos Ish Socho want to instill? Are fear and trembling the way to serve the Almighty? Didn't the sage know what any newly-minted psychologist could tell you, that all human problems stem from fear?

Fear is paralyzing! It hampers creativity. It blocks healthy spontaneity and prevents us from feeling the joy, optimism, and motivation that are so vital from a religious perspective — for we are required to be creative. Fear doesn't help a person to develop the quality of devotion to the service of the Divine. On the contrary, it quashes every spark of enthusiasm and desire to dedicate oneself to this ideal.

The mishnah, however, is not talking about neurotic fear, but about reverent awe, a deep sense of protocol inspired by the law and order revealed in the universe.

Here is how Maimonides understood this concept:

"When a person contemplates these things [i.e., the wonders of the universe], and recognizes all the creatures — the angelic creatures, man, etc. — and he sees His wisdom of in all that He formed and created, his love for the Divine increases, and his soul will thirst and his flesh yearn to love the Omnipresent, blessed be He, and he will be fearful of his own lowliness and weakness" (Hilchos Yesodei HaTorah 4:12).

The fear and awe that Maimonides describes, which resides in the heart of the truly devout, is not a murky fear of the mighty powers of nature that might strike out without warning, wreaking destruction upon man's world. This kind of fear belongs to idolaters, ancient and modern alike. Full of fears, the idolater worships the forces of destruction, offers them sacrifices, sometimes human sacrifices — anything to appease them. He tries to bribe the forces of fertility to make them continue bestowing their bounty.

All ancient religious rites were based on the idea that the powers governing human fate must be appeased, because you could never tell what the gods, in their whimsy, might do next.

The reverent awe described by Maimonides is the opposite of the idolater's fear. The simple masses, who may not be capable of the finer feelings of awe, are at least required to develop recognition of the moral law ruling the world and fear of retribution (which is also to be distinguished from fear of irrational forces of nature), while a true servant of the Divine is filled with an awed sense of His Omnipresence.

Reverent awe is based on realistic and balanced appraisal of man himself in relation to the universe he sees before him. Correct understanding of the laws governing the universe and the wisdom inherent in them reveals the greatness of the Lawmaker.

This gives rise to a sense of awe that doesn't engender fear and distancing, but rather love and closeness, along with a deep desire to penetrate the veil of the created world and be absorbed into the infinite beyond.

Reverent awe is also a great liberator. It is the ultimate cure for all other fears.

"An eminent psychiatrist once said to me, 'If it were in my power, I would abolish the passage v'tein pachdecha from the prayers of Rosh Hashanah and Yom Kippur [ when according to Jewish tradition the Almighty judges the world]. Fear is the main cause of all mental illness. A person who wants to guard his mental health should seek to free himself of fear, and he certainly shouldn't pray for it.'

"I am no psychiatrist, but his words helped me to understand the meaning of this prayer which our Sages instituted. And so I answered the psychiatrist, 'I see many people, and they all have various fears. They fear losing their money or their status, or not achieving enough fame. Some fear illness and weakness. In past generations, people were terrified of leprosy; today they fear cancer. If they're feeling pain, they're afraid to go to a doctor for fear that he might diagnose them with 'that disease.'

"Man is full of small fears, but I know there is one big fear that chases away all other fears. What is this fear that a person can accept on himself in order to remove all other fears, such as fear of failure, of poverty, of lack of popularity, of illness? It is fear of the Holy One, blessed be He. And this is why we pray, 'Uv'chein tein pachdecha — And therefore, our G0D, place Your fear upon all that You have made, and Your dread upon all that You have created.' "

"May this great fear indeed enter us and liberate us from all other fears which crouch at our door and undermine our lives." (On Repentance)

Amazingly, it is this ultimate fear that lets a person stand tall and be a free man. The renowned lyric poet Heinrich Heine, a genius and unfortunate apostate, who lost his soul in the twisted caverns of his divided mind, said when he was old and sick:

"Our ancestors [the Jews] were men of integrity and courage. They stood in submission before G0D, but they stood firm and stiff-necked before the rulers of nations. I was brazen-faced before Heaven, but I crawled submissively on all fours before man. And now I lie on the ground like a trampled worm."

Reading Heine's words, one cannot but be reminded of the words of a saintly sage of earlier times. This tzaddik, it is told, was with the author of Chovos Halevavos in a convoy of people that was about to cross a desert swarming with wild animals. On some matter of principle, he separated from the convoy and did not proceed with them. He was left alone in the desert.

When they returned to him, they asked him, "Were you not afraid to be left alone in a threatening wilderness?" He replied, "I am too abashed before my Creator to be afraid of anything else."

Indeed, true fear of Heaven has the power to free a person from all other paralyzing fears. Antignos Ish Socho wanted to make sure everyone can access it.