'If true': Should MSNBC's Lawrence O'Donnell be hosting a show? 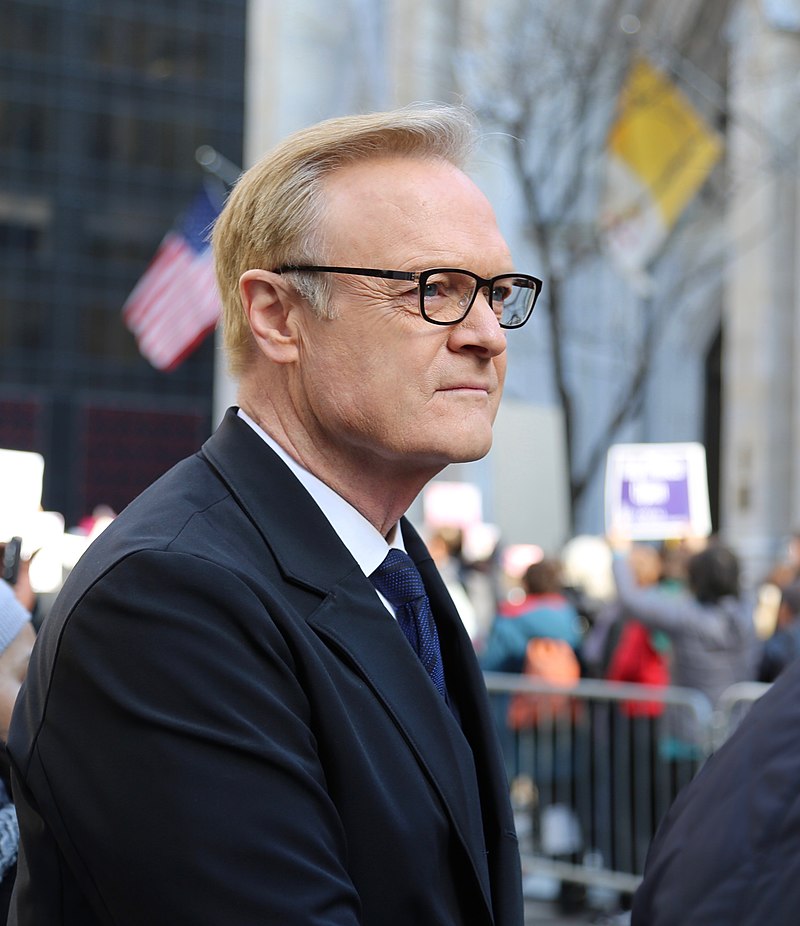 There's a two-word phrase that will stick with MSNBC host Lawrence O'Donnell for some time, if not his entire career. He invoked it over and over on his Tuesday night program in reference to Donald Trump's dealings with Deutsche Bank. "I may have some information in this next hour which would add a great deal to their understanding of that, if true, and I'll be discussing it here in the beginning of the show," said O'Donnell at the outset of his opinion program, during the handoff from colleague Rachel Maddow.

He went to the wishing well again: "I want to get your reaction to what it could mean, if true, and I stress if true because this is a single source."

And again: "That would explain, it seems to me, every kind word Donald Trump has ever said about Russia and Vladimir Putin, if true, and I stress the 'if true' part of this."

And again: "Stress if true."

And ad nauseam: "If true. The key words of this opening discussion tonight are 'if true.'"

Actually, no: The key words of the opening discussion were the uncorroborated, wish-fulfillment garbage that O'Donnell presented to his viewers: Namely, that according to his "single source," loan documents from Deutsche Bank involving Trump "show that he has co-signers. That's how he was able to obtain those loans. And that the co-signers are Russian oligarchs."

John Heilemann, an MSNBC national affairs analyst, regurgitated the cautionary phrase of the moment and then proclaimed how big a story this could be: "Got to stress if true, but if true, the reporting that you have . . . it's the skeleton key, right, that opens - picks the lock on so many fundamental mysteries of the Trump era."

Well, guess what: Those fundamental mysteries are going to remain in the shadows going into the Labor Day weekend. Because after engaging in pathological emphasis of the "if true" dimension of his "reporting," O'Donnell on Wednesday was forced to retract the story on Twitter.

"Last night I made an error in judgment by reporting an item about the president's finances that didn't go through our rigorous verification and standards process. I shouldn't have reported it and I was wrong to discuss it on the air. I will address the issue on my show tonight."

On his show, O'Donnell 'fessed up:

"Last night on this show, I discussed information that wasn't ready for reporting. I repeated statements a single source told me about the president's finances and loan documents with Deutsche Bank, saying 'if true' as I discussed the information was simply not good enough. I did not go through the rigorous verification and standards process here at MSNBC before repeating what I heard from my source.

"Had it gone through that process, I would not have been permitted to report it. I should not have said it on air or posted it on Twitter. I was wrong to do so.

"This afternoon, attorneys for the president sent us a letter asserting the story is false. They also demanded a retraction.

"Tonight, we are retracting the story. We don't know whether the information is inaccurate. But the fact is, we do know it wasn't ready for broadcast, and for that I apologize."

It raised a question: What, precisely, is the "rigorous verification and standards process" to which O'Donnell's usual stories are submitted? We asked MSNBC about this gantlet, and got this back: "We're declining comment."

Deutsche Bank is a logical locus for shoddy reporting an anti-Trump cable-news host. The outfit has distinguished itself for two decades as "the only mainstream financial institution consistently willing to do business with Mr. Trump," as David Enrich of the New York Times put it. Doing business with Trump has proven to be a liability for the bank, as the House of Representatives is now seeking records that Trump won't cough up. In court documents filed this week, Deutsche Bank declared that it has tax returns related to Trump, his family or his business.

There's more: The New York Times reported in June that "federal authorities" are investigating the bank's compliance with anti-money laundering statutes. "The investigation includes a review of Deutsche Bank's handling of so-called suspicious activity reports that its employees prepared about possibly problematic transactions, including some linked to President Donald Trump's son-in-law and senior adviser, Jared Kushner, according to people close to the bank and others familiar with the matter," noted the New York Times report.

Another embarrassment: Deutsche Bank's private-banking operation had "several dozen" accounts for Jeffrey Epstein and his businesses, also according to the New York Times. The bank alerted U.S. authorities to Epstein's moving money out of the country.

On Wednesday, Charles J. Harder of Harder LLP,a personal attorney for Trump, warned top legal officials at NBC Universal, "These statements are false and defamatory, and extremely damaging. The only borrowers under these loans are Trump entities, and Mr. Trump is the only guarantor. Numerous documents for each of these loans are also recorded, publicly available and searchable online. Thus, actual malice can easily be proven based on your reckless disregard of the truth and unreasonable reliance on an alleged 'source' who you will not even identify in your story and likely is seeking to mislead you and the public for political reasons or other ulterior motives."

"Actual malice" is the legal standard that public figures like Trump must meet when they sue for defamation. It requires proving that the news outlet had knowledge of a damaging falsity when it published it, or that it acted with "reckless disregard" of the truth. Though O'Donnell's actions are clearly reckless in layman's terms, the law adopts an even more exacting test, as this blog explained in this post. Mere failure to seek out those "publicly available" records wouldn't be enough to condemn the MSNBC host as a practitioner of "reckless disregard."

Capacious and loving First Amendment protections, though, do nothing to mitigate the failings of O'Donnell. With his repeated "if true" caveats, O'Donnell was mocking the core idea of journalism - which is to say, the verification of stray tips and rumors.

Reporters and TV hosts mess up all the time, broadcasting scoops that turn out to be flimsy or just plain untrue. The mistakes stem from poor execution, misunderstandings, uncooperative subjects, stupidity, groupthink - and any number of other considerations that fall short of warranting disciplinary action.

Here, the catastrophe appears to flow from one man's conclusion that having Russian oligarchs on Trump loan documents is a story that's too good to check. When we asked an MSNBC spokesperson whether O'Donnell did indeed check with someone in the Trump orbit before his report, we received another decline-to-comment response.

Is such a fellow fit to host an MSNBC program?