The rise of anti-Semitism on the Left 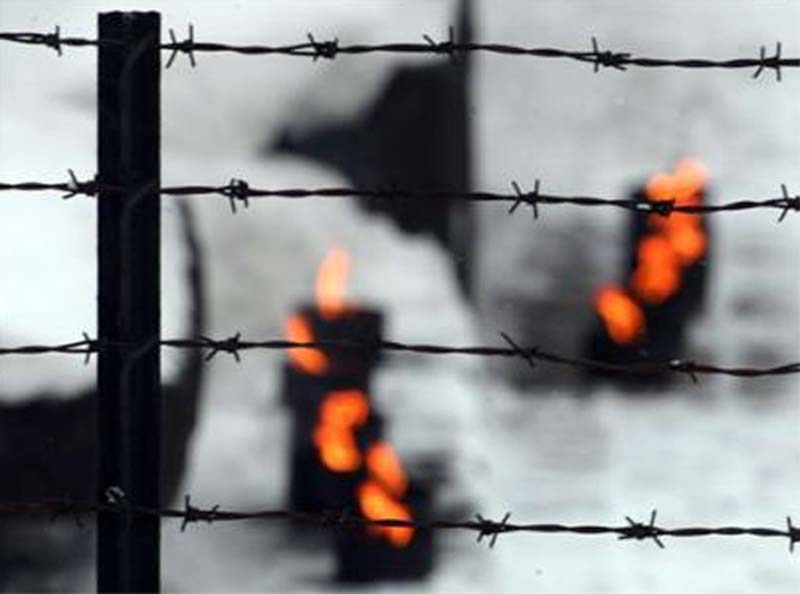 OSWIECIM, POLAND -- Recently, the State Department revised its definition of anti-Semitism to include "drawing comparisons of contemporary Israeli policy to that of the Nazis" -- an apparent response to the rise of the anti-Israel BDS (Boycott, Divest and Sanctions) movement whose supporters routinely make such comparisons. That is a good thing.

Just a few days ago, I sat in the former SS headquarters of the Auschwitz concentration camp with Piotr Cywinnski, director of the Auschwitz-Birkenau State Museum. Speaking beside a window overlooking the gas chamber and crematorium where countless souls perished, he explained that there is no difference between hatred of Israel and hatred for Jews.

"It's the same old story with some different words," he said. "If you are speaking with somebody who is defending some anti-Israeli ideologies, maybe not in the first minute, maybe not in the second minute, but in the third minute you will find that the same old story accusing Jews of every bad thing in the world. For me, that's very, very clear. I never saw any anti-Israeli theory that was not anti-Semitic."

In an interview, my American Enterprise Institute colleague Danielle Pletka and I asked Cywinnski about politicians such as Reps. Ilhan Omar, D-Minn., and Rashida Tlaib, D-Mich., who recently said that boycotting Israel is no different from boycotting Nazi Germany.

"I can't see why people feel free to compare Israel to the Nazis," Cywinnski said. "I don't want to comment on it on an intellectual level. It's simply an insult. It's an insult to the victims and an insult to the survivors and an insult to a whole country, to a whole society." There was a time, he said, when "if somebody would [say] something like this, it would be the end of his political career. Now it's a question of two days maybe of troubles. And this is something terrible, because that means that there's no more responsibility with words."

As for the BDS movement, he said, "I don't know why some politicians have a deep need to focus so permanently on this only one country. If you look to the United Nations, how many resolutions were concerning Israel and how many were concerning, let's say, Sudan?"

The problem of anti-Semitism is rising across the world. A recent CNN poll found that more than a quarter of Europeans say Jews have too much influence in business and finance, while 1 in 5 said Jews have too much influence in the media and politics. Anti-Semitic incidents are on the rise as well. Here is the United States, we saw neo-Nazis marching in Charlottesville chanting "Jews will not replace us!" and horrific shootings at synagogues near San Diego in April and in Pittsburgh last year. In 2018, France reported a 74% increase in anti-Semitic attacks, while in Germany they grew by 60%.

While the rise of far-right populism has played a role, many victims say those on the right account for only a fraction of these anti-Semitic incidents. In December, the European Union Agency for Fundamental Rights asked European Jews who was responsible for the most serious incident of anti-Semitic harassment they had experienced: Only 13% said it was someone with a far-right political view, while 30% said it was an "extremist Muslim" and 20% said it was someone with left-wing views.

The fact is anti-Semitism is a growing problem on the left. In Britain earlier this year, three members of the Labour Party resigned after accusing the party and its leader, Jeremy Corbyn, of being -- as a former Labour general secretary put it -- "institutionally anti-Semitic." In Washington, congressional Democrats have struggled to confront anti-Semitism within their own ranks. Cywinnski says the rise of left-wing anti-Semitism is not surprising. "Do not forget that the Nazi party in Germany was a party of workers," he says. "We are many times thinking about the Nazis as far right. They were also very deeply speaking ... to the left, using some leftist language."

Whether on the left or the right, we all have an obligation to confront anti-Semitism and other forms of racism and xenophobia. Asked if politicians who express anti-Semitic attitudes should come here, Cywinnski says everyone should come. "People need to see Auschwitz. People need to come not only to cry over all of the victims ... but maybe to feel their own responsibility today."