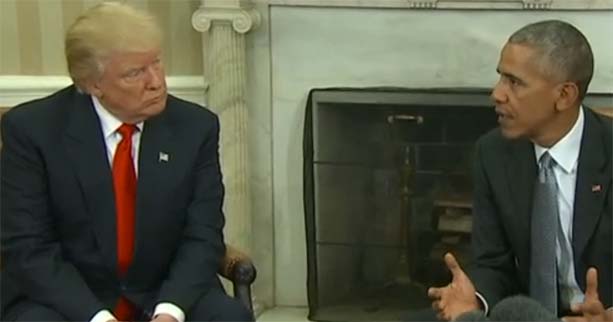 When David Petraeus issues a public warning about Afghanistan, it's worth paying attention. That's what the retired general did earlier this month in The Wall Street Journal, urging President Donald Trump not to be lulled into believing the Taliban's promises to cooperate against international terrorism and respect the country's elected government.

Petraeus knows whereof he speaks. In Iraq, he developed and executed the counterinsurgency strategy that isolated and largely defeated al-Qaida. Then its mutated offspring, now known as the Islamic State, reemerged three years after a premature withdrawal of U.S. forces in 2011. The departure of U.S. troops then was "inadvisable," Petraeus writes, whereas a total withdrawal from Afghanistan today would be "indefensible."

Nonetheless, Trump and his allies are signaling a desire to end America's longest war - unilaterally. "We'll see what happens," Trump told reporters this weekend, saying U.S. talks with the Taliban and the Afghan government were going well. For the past six weeks, leaks have outlined a plan for withdrawing up to 6,000 of the 14,000 troops currently fighting in Afghanistan in exchange for the kinds of promises Petraeus says no one should trust.

He is correct. The Taliban's leadership is chock full of al-Qaida's patrons and allies, including its deputy commander, Siraj Haqqani. Thomas Joscelyn, a founder of the Long War Journal, which has tracked the war on terror for more than a decade, described him as "one of al Qaeda's closest and oldest allies." There is no evidence that the Taliban will betray al-Qaida, Joscelyn said, even if they pledge to do so now.

This has been the dilemma for U.S. foreign policy in Afghanistan for a decade: Despite the costs in blood and treasure, there is still no path to victory. As the carnage over the weekend shows, nearly 18 years after U.S. troops first invaded al-Qaida's sanctuary in Afghanistan, neither the Afghan nor the American military can bring peace.

At the same time, things can always get worse. As tempting as it might be to leave, once that happens the Taliban will take over and Afghanistan will once again become a "laboratory for terror," to use Trump's recent phrase. The question is whether Trump (or for that matter most Democrats) really believes this or is simply saying it as a negotiating tactic. It's good to demand assurances that Afghanistan won't become a safe haven for terrorists. But even if the Taliban agreed to those terms, without U.S. troops in the country, there would be no way to enforce them.

There is also the matter, hardly inconsequential, of Afghanistan's elected government. What will become of it when U.S. forces pull out of the country?

Again, there is no reason to believe the Taliban won't just pick up where it left off in 2001, and topple the government in Kabul and impose Islamic law. To this day, the Taliban refers to itself as the Islamic Emirate of Afghanistan. It's worth reading some of its official documents. Earlier this month, its website warned Afghans before upcoming elections to stay away from political rallies and gatherings "that could become potential targets."

This is one reason not to believe the Taliban's promises to begin talks with the elected government once negotiations with the U.S. are complete. The Taliban intend to topple the admittedly imperfect government Afghans have freely chosen as soon as the opportunity presents itself.

For Washington's self-styled realists, the survival of the elected government in Kabul is not worth the candle. As Trump said last month, U.S. troops shouldn't be building schools or gas stations in Afghanistan. If America remains in Afghanistan, its goal should be a permanent defeat of the Taliban. If that's not possible, it should get out.

Trump has been president for nearly three years. He reluctantly sent more forces to Afghanistan in 2017, but not enough to deliver the kind of victory he desires. So he now faces the same unsatisfying choice as his predecessor: He does not want to send the troops necessary for a complete victory. But he does not want to suffer the political embarrassment of a complete withdrawal.

If Trump doesn't want to see a generation of American sacrifices squandered, he should resign himself to the least bad option: a residual U.S. presence in Afghanistan for the foreseeable future. An unenforceable peace with the Taliban is no peace at all.