Navy could be torpedoing Trump's chances in 2020 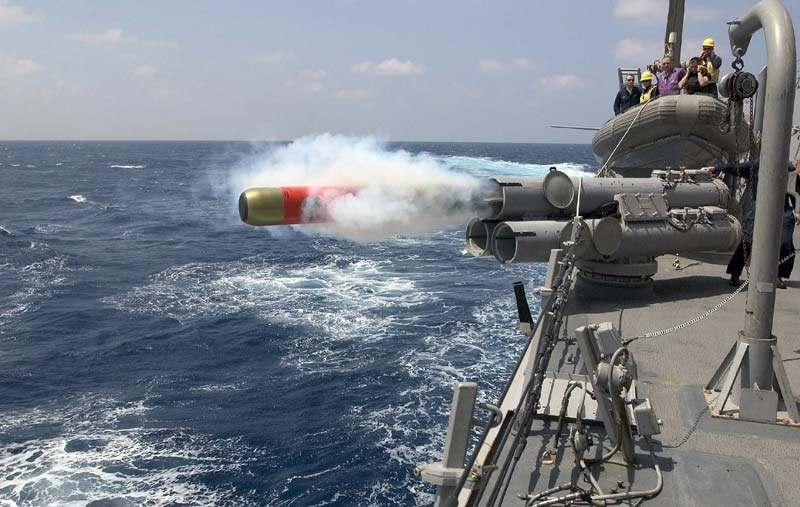 Michigan, Pennsylvania and Wisconsin were the most surprising states that turned from supporting President Barack Obama in 2012 to voting for Donald Trump in 2016, and they were critical to putting him in the White House. The 2020 election is looking very much like a three-state race again, with the same trio playing the deciding role.

Florida and Ohio are not likely to be in play - the 2018 midterm results confirmed their deepening red hue. And Democratic hopes of flipping Texas or Arizona are in the same category with Republican plans to turn New Hampshire or Colorado: perhaps, but not likely.

When it comes time to defend his red wall along the Great Lakes, President Trump is going to come face to face with the consequences of his Pentagon leadership's failure to implement his oft-promised 355-ship Navy (up from 290 today).

Pennsylvania workers make many of the essentials that go into ships, including shafts manufactured in Erie and cooling systems in York. Every time the Navy awards a contract for a new ship, the president or vice president should be at one of these facilities, talking about the jobs the contracts will provide. But the Navy hasn't been issuing those contracts, so the president can't make those announcements.

The Navy could have gone big - still could still go big - in Philadelphia. To extend the life of the existing fleet, a person familiar with the planning tells me, the Navy must perform roughly 100 more ship dockings in the next decade than current dock space can accommodate. Philly Shipyard has the capability to build floating dry docks to make up for this shortfall. Why isn't Trump announcing a plan to expand the Navy's dry-dock infrastructure while standing in Philly Shipyard?

Wisconsin benefits from Navy shipbuilding in two ways. First, there is the shipyard in Marinette that creates jobs in both Wisconsin and the Upper Peninsula of Michigan. The Fincantieri Marine Group is a bidder on the new 20-ship Navy FFG(X) guided-missile frigate program, but politics cannot take precedence over ship design, so the contract is not guaranteed to land lakeside in Wisconsin. The least Trump could do, though, is insist that the Navy pick up the pace of its dreadfully slow design competition.

The Fincantieri Marinette Marine is already under contract to build four Multi-Mission Surface Combatant ships for Saudi Arabia. More work would be sent Wisconsin's way if the Trump administration could persuade the Saudis to increase their order or bring other countries, such as Israel, on board.

Incredibly, Michigan ranks near the bottom of all the states when defense spending is calculated as a percentage of a state's GDP - 47th out of 50 in fiscal year 2017 for what was once the arsenal of democracy. Per-resident defense spending in Michigan that year was a paltry $386, compared with $1,554 in Oklahoma.

When the Air Force decided in 2017 not to base F-35A fighter aircraft at Selfridge Air National Guard Base in Michigan, it missed an easy way to achieve some equity in the distribution of defense-industry dollars in the states. Trump could direct the Pentagon to reverse that decision.

The Navy's plans for a new "large unmanned surface vessel" calls for a ship that could be built at a Great Lakes facility; near Detroit makes sense, if only out of fairness to a state that has been largely ignored in the Trump military rebuild. Given the likely long-term need for many of these ships in the future, a new facility could be planted and grown along with the program. It pains this Buckeye to say so, but somewhere along the Michigan coast next door to Ohio would be equitable.

A focus on Michigan, Pennsylvania and Wisconsin need not be limited to the Defense Department. Recently, Sen. Cory Gardner, R-Colo., pushed successfully for the planned relocation of the Interior Department's Bureau of Land Management to Grand Junction, Colorado, in a brilliant move to bring bureaucrats closer to the citizens they regulate and whom they are supposed to serve. Sending large parts of the Environmental Protection Agency to Flint, Michigan, or nearby locations would drive home the same message.

Trump has the chance to drain the swamp while making government agencies much more attuned to the people in flyover country. But he must act soon.

Yet, it is really the Navy's utter failure to deliver even a bare-bones plan to realize the president's promise of a 355-ship Navy that ought to rankle the commander in chief. A new chief of naval operations will arrive soon.

The president ought to have waiting on his desk copies of the speeches in which he promised, and then promised again, a 355-ship Navy, along with the slogan famously used by Winston Churchill scrawled with the black Sharpie that Trump likes to use: "Action this day!"