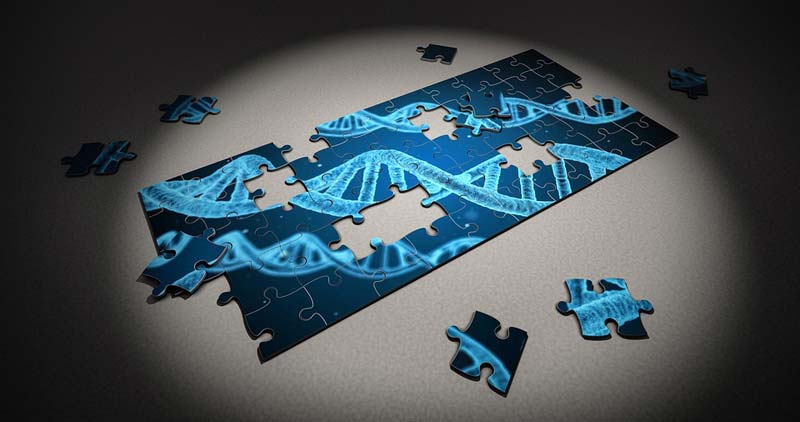 Theodora Ross, a cancer geneticist at the University of Texas Southwestern Medical Center, says that to Silicon Valley types, she is like a taxi driver competing against the more convenient, Uber-like direct-to-consumer companies such as 23andMe. "They think we don't need to exist," she said.

The tech approach invites consumers to swab a cheek and mail in the sample, and promises to reveal a broad swath of genetic information.

But unbeknownst to many seekers, direct-to-consumer services don't deliver what a cancer geneticist like Ross does. Some people, after submitting DNA to such companies, end up in her office, panicked over what turn out to be a false results.

Even more concerning than false positives are false negatives. People who have serious family histories of cancer and could benefit from a thorough workup will sometimes get a reassuring negative result from a genetic test that was marketed directly to consumers. This kind of error could be deadly.

DIY is fine for learning some approximation of where your ancestors came from, but when it comes to testing for predisposition to cancer or other deadly diseases, consumers will get better information from a traditional professional.

While Hagenkord painted a rosy outlook for the future of direct-to-consumer genomics as a health service, Ross pointed out that at the present time, it may be inappropriate for companies that are essentially offering recreational genomics to include incomplete information on lethal cancer genes.

One problem consumers need to consider is that calculating cancer risk from DNA is complex, and requires some high-level interpretation. Different companies may interpret the same result as either pathological or normal.

Partial information can still be better than no information, but only if those providing it can clearly convey the uncertainty. Otherwise it can become misinformation.

People assume that these tests are FDA approved, but that's not quite the case, Ross said. The FDA allows the tests to be marketed, just as it allows all kinds of untested supplements to be marketed. They are not approved as a substitute for genetic testing in a medical setting.

But as Ross has learned from her practice, people take direct-to-consumer results very seriously.

In one case, a young medical resident came to her distraught because he'd tested positive for a devastating cancer predisposition known as Lynch syndrome - stemming from a mutation in a gene called p53. The man did not have the kind of family history that would make such a syndrome likely.

23andMe, the company that analyzed the man's genes, doesn't offer a diagnosis of Lynch syndrome, but the man did what a number of others have tried - he sent his raw data to a third-party company that offers to extract additional information from it. When he got a frightening result, he turned to Dr. Ross. She found that the diagnosis of Lynch syndrome was flat-out wrong.

She said she worries about the fact that 23andMe does offer some information on the so-called breast cancer genes, BRCA1 and BRCA2. People can inherit hundreds of different mutations in these, some of which incur an extremely high risk of breast and ovarian cancers, and others do not.

But the company tests for only three mutations. Consumers may not realize that a negative result does not mean they're free of a genetic predisposition to breast cancer.

That might be fine if someone wasn't particularly worried about familial cancer, and got the result as part a more general recreational profile. But if someone has a concerning family history and really needs to know what's going on, they need a geneticist, not a kit.

Faye Flam writes about science, mathematics and medicine. She has been a staff writer for Science magazine and a columnist for the Philadelphia Inquirer. She is author of "The Score: How the Quest for Sex has Shaped the Modern Man."