I broke up with coffee. Cool beans no more 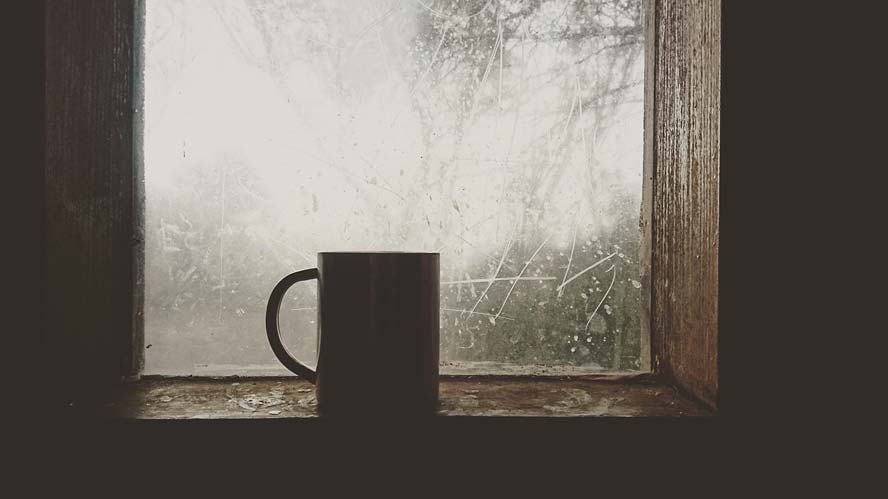 I recently suffered a breakup. It was sad. It was crushing. We'd been together since freshman year in college.

But now it's over. And there's no going back. It wouldn't be healthy. We had a long relationship with wonderful memories. But things had to end.

Love? There was love. On my part anyhow. I'm not sure about my partner. Ours was a quiet coupling. I know I said, "Mmm, I love this," during many fond moments -- Sunday mornings on the patio, or snuggling in the stands during a winter football game -- and I felt a certain warmth in return.

So, yes, there was love, however unspoken. If it wasn't love, why I am so tempted to go back?

It's been four months now. I'm still getting over it. Certain times of day are the toughest -- waking up in particular, just knowing we won't be together. And, can I say it? Sometimes my lips hunger for the old touch. I know it's corny. I know I sound like something out of a romance paperback. But it's true.

Our bond was so real, I can taste it.

I broke up with coffee.

It was not my idea. Left to my own heart, I'd still be engaged to our old routine. A first cup before I did anything in the morning. A second and third while I wrote by the computer. A fourth after lunch. A fifth during an afternoon radio show. A sixth and seventh following dinner.

Coffee and I went everywhere together. There was not a plane ride where we did not share a tray table, not a hotel in which we didn't meet in the lobby. Sometimes, in the fancy places, we even shared a room, with a portable maker and several flavors to choose from. Oh, the sweet aroma of morning!

Of course, as with all true loves, material things never mattered to us. Nor did pedigrees. I didn't care where coffee came from. A Pyrex pot? A silver urn at a convention? A vending machine?

No matter. We embraced one another all over the globe. We rendezvoused at diners, airports, in friend's kitchens. Over muffins. Over eggs. Over pecan pie. A business meeting? Why not? Christmas shopping? Come on along.

Coffee was the perfect partner. It went with everything. And as a writer, well, coffee was a muse. Stuck on a word? Take a sip. Mulling a metaphor? Take a sip. There was a rhythm to the process as magical as jazz, and my right hand reached for the cup as naturally as it tapped on the keys.

So it was with great sadness -- or better put, horror -- when doctors told me a recent spell of odd health (no need to go into it, let's just say it was concerning) was being exacerbated by the amount of caffeine I was ingesting daily. At that point, in completing a book (always when our love affair was at its most intense) I was consuming 10 cups of coffee a day.

"You need to stop," they said.

And so, as with Romeo and Juliet, we were torn apart by outside forces. On a Friday morning, it came to an end. I awoke and walked past the Keurig, past the jar of Taster's Choice, past the instant hot water, all things that had made our long affair so easy.

And as I headed downstairs, cupless, I swear I heard a faint smoky voice say, "Darling? Where are you going?..."

Of course, as with any breakup, it wasn't that simple. The first few hours, I had a certain confidence. You can do this, I told myself. Don't look back. But after driving past four Starbucks and two , my love got the hint.

And hell hath no fury like a good bean scorned.

The headaches began that night. They started dull, then grew sharper. Pretty soon, as a film once said, my head was throbbing like Oswald in "Ghosts."

"Leave ME, will you?" I could hear my old flame shouting. There were daggers coming out of my ears.

This went on for days. I worried, without my partner's support, I would fall asleep at my desk, or driving, or in the middle of a sentence. I had so come to depend on the relationship.

And then came the psychological torture. If the scent from a co-worker's mug wasn't bad enough, everywhere I turned, someone was bringing up my ex's name.

"Would you like some coffee?" the flight attendant said

It was maddening. I found myself staring at old Maxwell House ads. The word "Folgers" got me worked up. You might ask, "Why not go decaf?", but I knew the folly of that. For one thing, decaf is not always free of all caffeine. For another, I knew it was a slippery slope. A gateway drink. One day, after you're hooked on decaf, someone says, "Oh, sorry, we're out, but I do have regular ... "

And as Whitesnake might put it, Here I Go Again.

So, no. There will be no getting back together. No "make-up" sips. It's over, and I must learn to accept it.

But it is heartbreaking. The other day, when I was pouring a cup of herbal tea, I thought I heard a faint crying. I turned to see a few drips falling from the old coffee maker. Human love can be cruel. But caffeine love is crueler. Take it from me. Breaking up is hard to brew.