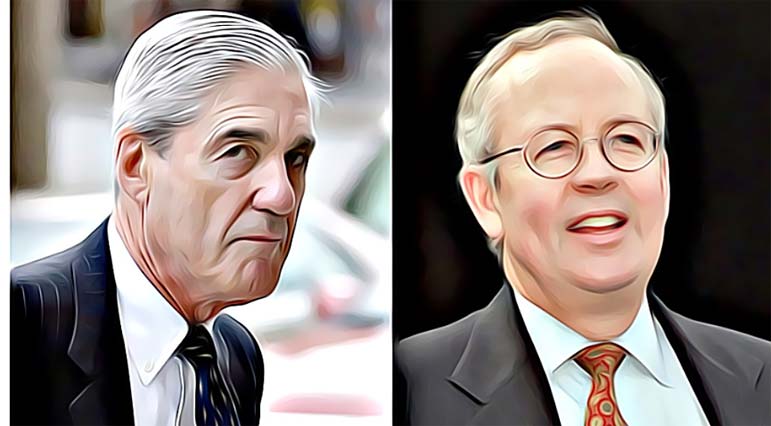 In Washington in the 1990s, it was a sure bet that whenever conservative journalists and activists got together, the conversation turned to the Clintons, Kenneth Starr and the Whitewater investigation.

There was a good bit of what one editor memorably called "hush-hush and heavy breathing" when insiders discussed momentous developments that were surely on the way. Somebody knew somebody who had heard from somebody close to Starr that big indictments were imminent -- just around the corner.

The big indictments were just around the corner in 1995, in 1996, in 1997. They didn't come. Then, in 1998, the Lewinsky scandal seemed to fall into the laps of anti-Clinton types. But even as the scandal rolled toward impeachment, some on the right still looked for indictments in the matters that had raised Republican hopes over the years: Whitewater, Filegate, Travelgate, the Rose Law Firm billing records, the death of Vincent Foster and more.

But 1998 passed, and then 1999, and then 2000 without the anticipated indictments. Bill and Hillary Clinton left office bruised by impeachment but without the criminal charges their adversaries once believed were coming.

Now, it is not unusual to encounter anti-Trumpers who believe big indictments from Trump-Russia special counsel Robert Mueller are just around the corner. Recently, I had a long conversation with a smart and deeply engaged follower of Trump-Russia events who was convinced that Paul Manafort, the former Trump campaign chairman currently on trial for tax evasion and bank fraud, and awaiting trial for failing to register as a foreign agent, would be indicted yet again -- and this would be the big one, on charges that would finally include conspiring with Russia to fix the 2016 election.

One doesn't have to wander around the anti-Trump web to see similar sentiments, not just about Manafort but about other top figures in the Trump circle. The indictments are on the way.

Mueller has indeed indicted a lot of people. But to this point, no one around President Trump has been charged with colluding, or conspiring, with Russia to influence the 2016 election.

Mueller has charged 32 people and three companies. Four individuals are former Trump aides. One is a lawyer in London loosely connected to the Manafort case. One is a California man charged in relation to the Russian troll farm. And the great majority of those charged, 29, are Russians or Russian companies out of Mueller's reach.

So far, Mueller has five guilty pleas, one trial under way, and 29 cases that are probably never going to go anywhere.

People cheering Mueller on -- the "It's Mueller Time!" crowd -- often say that's quite an achievement.

Starr accomplished a lot, too. While best remembered for pursuing the Lewinsky affair, Starr got 15 convictions over the course of his investigation, including Jim and Susan McDougal, President Clinton's business partners in the Whitewater venture; Webster Hubbell, the Clintons' close friend and top Justice Department official; and Jim Guy Tucker, the sitting governor of the president's home state of Arkansas.

Starr's biggest hit came in May 1996, when a jury convicted the McDougals and Tucker of various counts of fraud. People rooting for Starr thought it was just the beginning of a trail of convictions that would lead to the first lady and then to the president himself. But instead of being the beginning, it was the high point of the investigation. There were more convictions to come, but not as big and not leading to the White House.

Now Mueller is conducting his first trial, and he might well win a conviction. If that happens, look for the special counsel's cheerleaders to declare that this is just the beginning.

Maybe it will be. Or maybe it won't.

With the Lewinsky matter, Starr went on to write a report that served as the basis for impeaching Clinton. That is why Starr is remembered today. For his part, Mueller is undoubtedly working on a Trump-Russia report now, and it, too, could lead to impeachment, depending on which party controls the House after November.

Perhaps there will be more indictments from Mueller. Perhaps, say, Roger Stone will be charged for something related to his business affairs, or there will be other charges against other people unrelated to collusion. In the end, though, it's likely the report will be what Mueller is remembered for, while those big new indictments remain just around the corner.