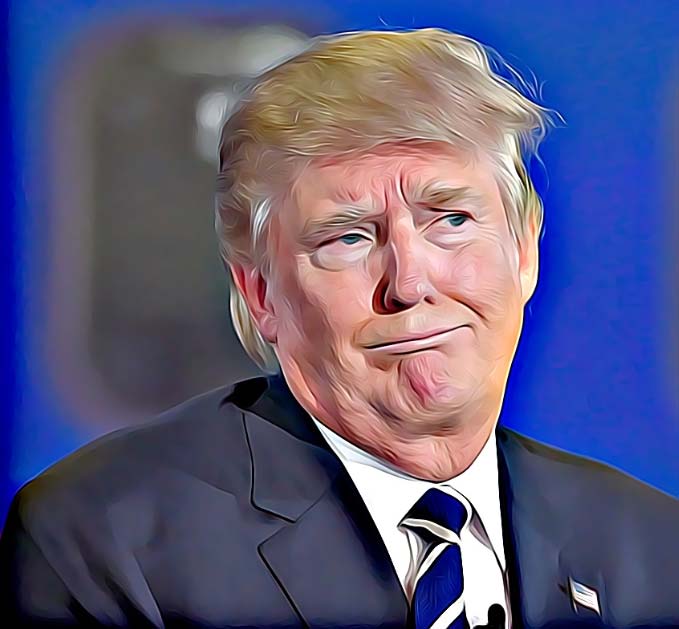 One story dominated news coverage and analysis Sunday: President Trump "admitted" that the infamous June 2016 Trump Tower meeting between his son, son-in-law, campaign chairman, and a group of Russians and Russian-Americans ā€“ working in conjunction with the American anti-Trump research firm Fusion GPS ā€“ was held for the purpose of receiving negative information on Hillary Clinton.

"This was a meeting to get information on an opponent, totally legal and done all the time in politics ā€“ and it went nowhere," Trump tweeted.

Fake News reporting, a complete fabrication, that I am concerned about the meeting my wonderful son, Donald, had in Trump Tower. This was a meeting to get information on an opponent, totally legal and done all the time in politics - and it went nowhere. I did not know about it!

Trump mentioned other things in the tweet -- he denied that he was worried about the case and repeated his contention that he did not know about the meeting beforehand -- but a bunch of headlines made clear that the big news was the president's "admission" about the purpose of the meeting.

Hours of commentary and analysis on TV and the web elaborated on the news. Trump admitted it! Just in case anyone in the media missed the importance of it all, longtime Trump critics were even willing to write reporters' stories for them. Tweeted NeverTrump writer David Frum, "Your lede: President Trump today confessed that his son, son-in-law, and campaign chair met in June 2016 with Russian agents in hope of obtaining Russian intelligence to sway the 2016 election."

The only problem with the news was that it was not news. The president had said precisely the same thing a year earlier. Trump had long ago, and in no uncertain terms, acknowledged that the proposed purpose of the meeting was for the Russians and Russian-Americans to offer dirt on Clinton.

On July 13, 2017, not long after the story broke, Trump, at a news conference in Paris with French President Emmanuel Macron, described the Trump Tower meeting as an opportunity to receive "opposition research" on Clinton.

"I think from a practical standpoint most people would've taken that meeting," Trump said. "It's called opposition research, or even research into your opponent. I've had many people ā€“ I have only been in politics for two years, but I've had many people call up, 'Oh gee, we have information on this factor or this person or, frankly, Hillary.' That's very standard in politics. Politics is not the nicest business in the world, but it's very standard where they have information and you take the information."

Four days later, on July 17, 2017, Trump put it more succinctly. "Most politicians would have gone to a meeting like the one Don jr attended in order to get info on an opponent," he tweeted. "That's politics!"

Most politicians would have gone to a meeting like the one Don jr attended in order to get info on an opponent. That's politics!

So the news was not new.

The Trump Tower meeting is unusual in the scheme of the larger Trump-Russia affair in that we know a lot about it. Last year the Senate Judiciary Committee interviewed several key figures who attended: Trump Jr.; Russian-born American lobbyist Rinat Akhmetshin; Irakly Kaveladze, a Russian associate of the businessman Aras Agalarov, who was involved in the 2013 Miss Universe pageant with the Trumps; British music promoter Rob Goldstone; Russian-born American translator Anatoli Samochornov; and Russian lawyer Natalia Veselnitskaya (who gave written answers). The committee also interviewed Fusion GPS's Glenn Simpson, who did not attend the meeting but who met with Veselnitskaya both before and after the meeting and who prepared some of the material that Veselnitskaya presented.

This year, the Judiciary Committee released transcripts of those interviews. They are the most detailed picture we have of the meeting, and indeed of any event in the Trump-Russia affair. That doesn't mean they are the entire picture, but they still present a substantial amount of information.

The transcripts shed particular light on one aspect of the meeting that was discussed in Sunday's coverage, and that is what the meeting was about. Here is what the New York Times reported: "The [Trump] tweet also served as an admission that the Trump team had not been forthright when Donald Trump Jr. issued a statement in July 2017 saying that the meeting had been primarily about the adoption of Russian children."

The Senate transcripts paint a different picture. The problem with the paper's analysis, and that of many others as well, is that, according to the participant interviews, the meeting's proposed purpose ā€“ handing over incriminating information on Clinton ā€“ did not turn out to be what actually happened at the meeting. They were two different things.

As far as the purpose is concerned, there's no doubt that Goldstone pitched the meeting to Trump Jr. as an opportunity for the Russians and Russian-Americans to give the Trump team some sort of dirt on Clinton. In an email, Goldstone told Trump Jr. that a powerful Russian had "offered to provide the Trump campaign with some official documents and information that would incriminate Hillary and her dealings with Russia and would be very useful to your father."

"This is obviously very high level and sensitive information," Goldstone continued, "but is part of Russia and its government's support for Mr. Trump -- helped along by Aras and Emin." ("Aras" was the aforementioned Russian billionaire Aras Agalarov, and "Emin" was Aras Agalarov's son, a Russian singing star who employed Goldstone as a publicist.)

But when the meeting took place, the "information that would incriminate Hillary" was nowhere to be found. Veselnitskaya, who was connected to the Kremlin and at the same time working with Fusion GPS, spoke briefly and vaguely about some sort of distantly-Clinton-related tax matters in Russia -- none of the Americans had any idea what she meant -- and then quickly moved to the issue of adoption. When Russians like Veselnitskaya talk about adoption, they're not really talking about adoption. They're talking about the Magnitsky Act, the U.S. law placing sanctions on Russia. In retaliation for the Act, Russian President Vladimir Putin cut off American adoptions of Russian children. So from a Russian standpoint, the adoption battle is really about the Magnitsky Act, and the Magnitsky Act is about U.S. sanctions on Russia. Several participants told the Senate Judiciary Committee that much of the meeting was about adoption. Start off with Akhmetshin.

"How did you introduce yourself?" a Senate investigator asked Akhmetshin. "Do you remember?"

Akhmetshin said he told the Trump team: "'I am Rinat Akhmetshin. I work for this organization in Washington that is trying to restart adoptions."

Later in the interview, Akhmetshin said, "You know, there were no questions. I could tell like he ā€“ Trump Jr., he just instantly lost interest about these things. And then [Veselnitskaya] probably felt this, and she said, 'But, you know, this money, like this adoption stuff,' and then she kind of jumped through this whole adoption presentation."

Goldstone, who despite having pitched the meeting to Trump Jr. seemed to have no idea what it would really be about, told the Senate: "And then the next thing, I start hearing about adoption and sanctions and the impact that that is having on adoption and Americans. And that is when I completely tuned out and was like, we're having a meeting about adoption. I don't get this."


The Senate asked Samochornov, the translator, "Do you remember any specific discussion about the Russian ban on U.S. adoption of Russian children?"

"That was what the general topic that Mr. Akhmetshin talked about," Samochornov answered.

In his interview, Trump Jr. told Senate investigators he could not understand what Veselnitskaya was talking about at the beginning of the meeting and asked what her purpose was. After that, she discussed the Magnitsky Act ā€“ which Trump Jr. had never heard of ā€“ and adoptions.

"It started off with that sort of tax scheme, and, you know, quickly migrated to Russian adoption and ultimately the Magnitsky Act," Trump Jr. testified. "That's really the extent of it."

Remember that Trump Jr.'s original July 2017 statement on the Trump Tower meeting was that, "We primarily discussed a program about the adoption of Russian children that was active and popular with American families years ago and was since ended by the Russian government."

Was that an accurate description of the meeting, as described by the participants? We can't fully know, at least not yet. It was certainly incomplete, in the sense that it did not mention the originally-stated purpose of the meeting -- the transfer of incriminating information -- going in. But it appears that a lot of the meeting was in fact about adoption. Was it "primarily" about adoption? It could have been. Certainly nothing Trump "admitted" on Sunday proved anything one way or the other.