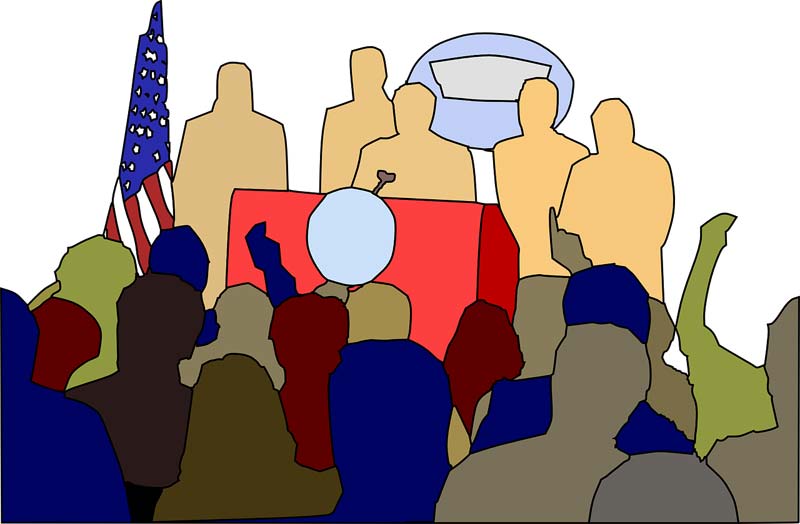 ST. PAUL, Minn. - Erin Murphy is the Democratic-Farmer-Labor Party's nominee for governor. Erin Murphy is crisscrossing her state with other DFL candidates, at DFL offices and with DFL funds.


And if they're honest, Minnesota Democrats will tell you: Erin Murphy probably won't be their candidate in November.


For the second time this decade, Minnesota looks set for a primary in which voters will pick a DFL nominee who lost the party's endorsement at its summer convention. Matt Pelikan, a young attorney who bested longtime Attorney General Lori Swanson at that convention, is also expected to lose. Rep. Keith Ellison, D-Minn., while hit by an 11th hour allegation that he abused an ex-girlfriend, reacted to Swanson's defeat by jumping into the race, immediately becoming the front-runner. (Ellison has firmly denied the allegation.)


"The DFL brings tremendous infrastructure with it," Murphy said in an interview, after rallying with other DFL-endorsed candidates outside the state capitol. "It brings tremendous prestige. It's something Minnesotans rely on, and count on."


But party endorsements - as opposed to actual party nominations - don't mean as much as they used to. In a number of states this year, party activists have crowded into conventions, picked candidates and then watched them get turfed at the polls.


In Utah, Republican activists selected little-known state legislator Mike Kennedy as their choice for U.S. Senate candidate; he lost handily to Mitt Romney in the primary. In Colorado, the "Democratic Assembly" endorsed Cary Kennedy for governor by 30 points; she lost to Rep. Jared Polis, D-Colo.


In California, two candidates in closely watched Orange County House races won the party endorsements and plastered them on literature. Democrats Dave Min and Hans Keirstead then lost their primaries to Karen Porter (who ran as a protege of Sen. Elizabeth Warren) and Harley Rouda (who was backed by national Democrats).


It's not necessarily a new trend, but it's accelerating. Political parties themselves simply do not have the clout that they once did - something evident in the declining number of people who identify as Republicans or Democrats.


What gives? One, donors are giving, and they don't much care about party leadership. The ongoing rise of small dollar and online donations has weakened the bonds between candidates and party bosses. In New York, Alexandria Ocasio-Cortez turned her lack of party support into a strength in her race against Rep. Joe Crowley, D-N.Y., arguing - correctly - that a coalition of ambitious left-wing groups could outwork the Queens Democratic Party.


Two, the 2016 election happened. (In some ways, we've never stopped living through it.) While the Republican National Committee has thrived by becoming an appendage of the Trump reelection campaign, the Democratic National Committee has simply not recovered from the email hacks that forced Debbie Wasserman Schultz to leave her chairmanship, or from the perception, preceding the hacks, that the party favored Hillary Clinton to win the nomination.

Had Clinton won in November, she likely would have quieted the dissenters. She did not win, and that gave every Democratic insurgent, from Sen. Bernie Sanders, I-Vt., on down, an argument for saving liberal politics from its old owners.


Three, the party's establishment has not always welcomed the new kids. That's been most painful for Democrats in Maryland, where Ben Jealous's victory in the June 26 gubernatorial primary did not stop some powerful Democrats from staying neutral on his matchup with Gov. Larry Hogan, R - and did stop others from flat-out endorsing Hogan.


Party endorsements aren't meaningless, and party leaders can hold real sway. The president boasts, with reason, that he has endorsed winners in every Republican primary so far this year, pending the results in Kansas. But where he has crossed local party leaders - most notably in Georgia's race for governor - the party brand has proved to be flimsy.


Here's the irony: The politician doing the most to keep left-wing politics inside the party is likely Sanders, who has never joined the Democratic Party, but has also turned away people who want to start a new one. He has, instead, convinced supporters that the organs of the party can be taken over, and celebrated when it's happened, whether he has endorsed the coup leader (Jealous) or whether he hasn't (Ocasio-Cortez).


When it comes to the conventions and endorsement lineups that used to decide primaries, voters have come to agree with Sanders - it's easier to crash the gates than to own the house.