Kavanaugh's view on religious school funding not a tipping point 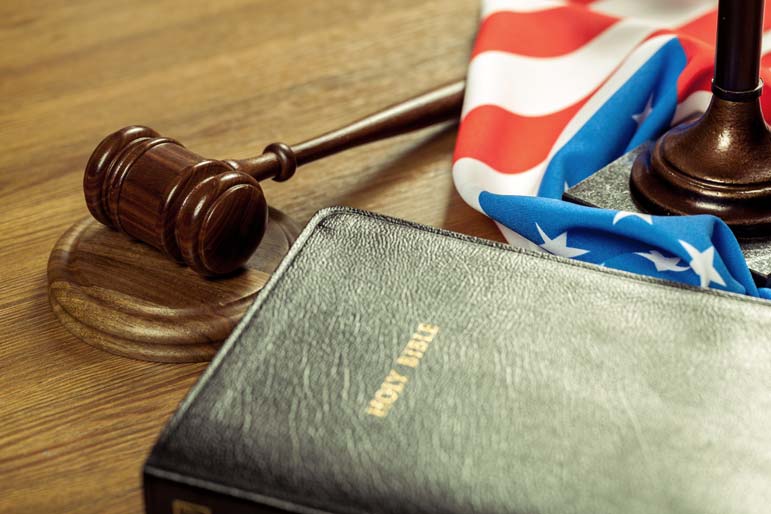 The latest concern from liberals about the nomination of Judge Brett Kavanaugh to the U.S. Supreme Court is that he might vote to strike down state constitutional provisions and laws that bar direct funding to religious schools.

It's probably accurate, but the issue is more complicated than you might think. The state provisions can be traced in part to anti-Catholic prejudice going back 150 years or more. Under current Supreme Court doctrine, these provisions are already vulnerable to being overturned as religious discrimination — whether Kavanaugh is confirmed or not.


Thirty-eight state constitutions have provisions known as "Blaine amendments" or baby Blaines. Others have analogous legislation. The provisions typically specify that no state money shall be disbursed to "sectarian" institutions, including schools.

The Blaine in question is James G. Blaine, whom you might vaguely remember (if at all) from the rhyming campaign slogan against him when he ran for president as the Republican nominee in 1884: "Blaine, Blaine, James G. Blaine, Continental liar from the state of Maine."

The original Blaine amendment was proposed in 1875 — to the U.S. Constitution, not the states. It would have applied the federal establishment and free exercise clauses to the states, and it would have said that no "money raised by taxation in any State for the support of public schools â€¦ shall ever be under the control of any religious sect ... [nor] divided between religious sects or denominations."

The word "sect" in the amendment was understood by all at the time to refer primarily to the Catholic Church.

The amendment's aims were purely political. No state actively funded Catholic schools. The idea was simply to create an electoral wedge issue for Democrats in the 1876 presidential race.

Most U.S. Catholics were Democrats in the 19th century. So the Democratic Party would be under pressure to reject the amendment. Yet the party also needed Protestant votes to win a national race. And opposing the amendment would make Democrats vulnerable to the charge of catering to papal authority.

This ploy stood to work simply because of anti-Catholic bias. This prejudice was rife in Protestant America, a direct inheritance of British Protestant attitudes dating back to the Reformation and the struggles in which both Protestants and Catholics were martyred as the government changed denominations.


The Republicans even had some evidence that the wedge would do its work. A similar state initiative in Ohio had helped Republicans win the statehouse and elect Rutherford B. Hayes governor. Emulating Ohio, President Ulysses S. Grant, contemplating a run for an unprecedented third term in office, had suggested a national amendment in a speech. Blaine was just taking Grant's guidance.

The initiative worked. The Senate debates over the Blaine amendment produced some of the nastiest anti-Catholic invective ever to grace the pages of the Congressional Record.

The amendment failed, as it was always expected to do. But in the 1876 election, the parties deadlocked, and Hayes, this time the Republican nominee for president, emerged as the winner after complex negotiations.

Once the election was over, states started adopting their own versions of Blaine amendments. And it didn't end with a single wave. As territories applied for statehood, they incorporated Blaine provisions in their proposed constitutions to be approved by Congress. Thus, states kept adopting baby Blaines well into the 20th century, even as anti-Catholicism otherwise faded.


What is to be done about this shameful history?

On the one hand, it could be argued that the prejudice and animus that motivated the Blaine amendments should be irrelevant to their legal effects, because all they did in practice was preserve existing separation of government and religion — a value that went back to James Madison and the First Amendment.

In practice, it's unlikely that any state would have even considered directly funding Catholic schools in the absence of a Blaine amendment until recent decades and the rise of the school vouchers movement. I entertained something like this view 15 years ago, when I started writing about this issue.

On the other hand, much recent Supreme Court doctrine says that state laws motivated by bias violate the equal protection of the laws. Anti-religious bias has been held to violate the free exercise clause, too. Today my old view feels much harder to sustain in the light of how the case law has developed.


Seen through this lens, the Blaine amendments are almost certainly unconstitutional. The Supreme Court hasn't said so, but it also hasn't defended the Blaines. It just pretended that they don't exist, avoiding their legal implications even when it might have seemed relevant.

Kavanaugh might well provide a fifth vote to strike down the Blaine laws. But that isn't the end of the world, legally speaking. In truth, it will be hard for the court's liberals not to join such an opinion, given their own anti-bias jurisprudence, especially in cases like Trump v. Hawaii, the travel ban decision.

The end of the Blaine amendments would put the possibility of state funding for religious schools into the state legislatures. It's far from clear what would happen there. State vouchers for religious schooling have been constitutional for more than a decade, yet most states haven't adopted them. Teachers unions and some of the public is opposed. Plus, truth to be told, many Christians don't want the state to fund Muslim schools.

The same politics will likely apply to direct funding of religious schools.

So the suspicions about Kavanaugh's future votes about the Blaine amendments are likely accurate. But that on its own isn't a good reason not to confirm him.