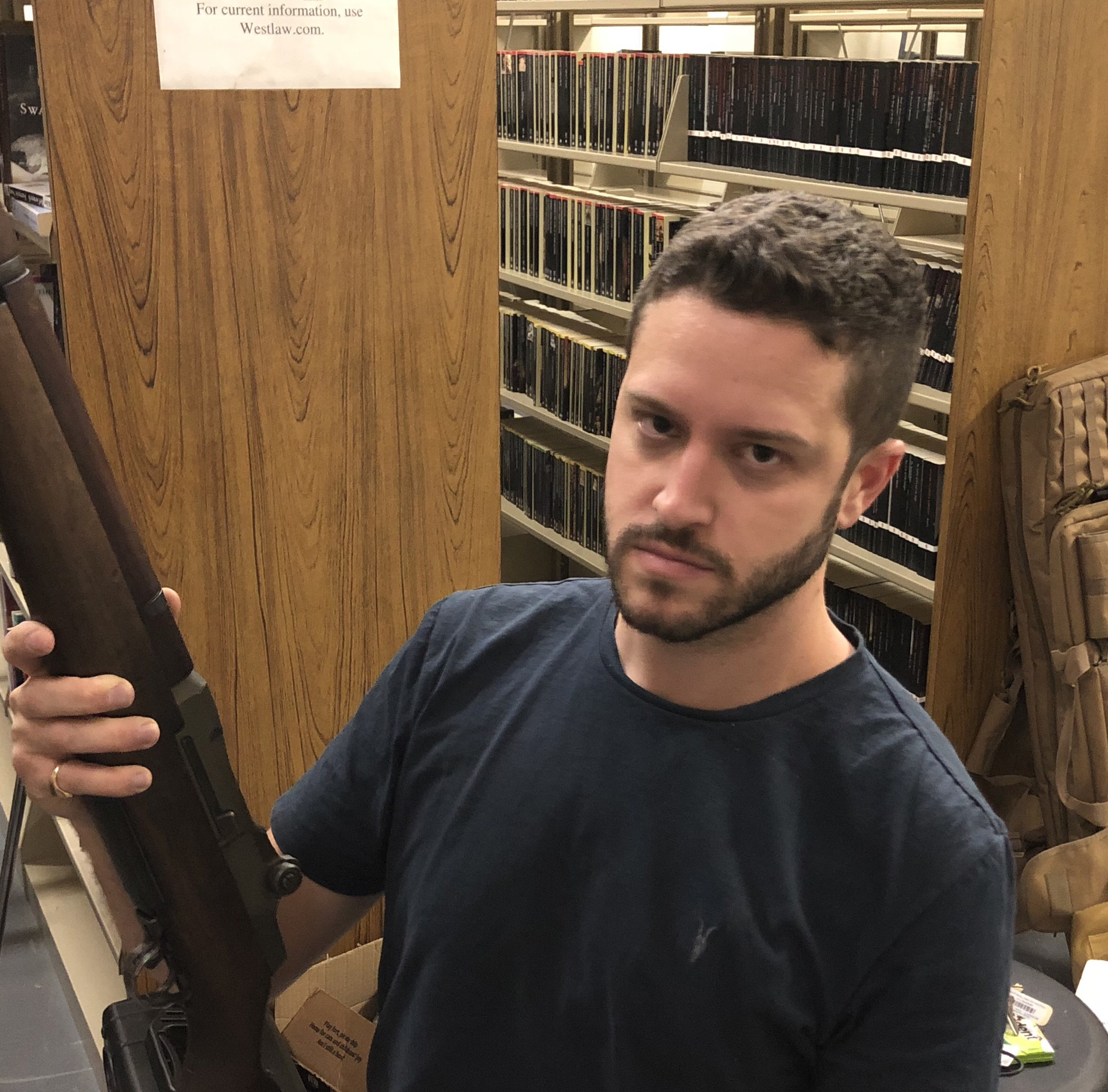 Cody Wilson, above, is the founder of Defense Distributed.

The prospect of ordinary people making guns at home on their 3D printers seems scary.

Even President Donald Trump, a strong Second Amendment supporter, has tweeted that it "doesn't seem to make much sense." Attorneys general in eight states and the District of Columbia agreed, and sued to stop the website of Defense Distributed from publishing instructions for printing out plastic firearms. A federal judge recognized the harm Tuesday night and issued a temporary restraining order.

But the attack on freedom of speech is also scary here. Even as he acted to block the gun plans, U.S. District Judge Robert S. Lasnik recognized there are "serious First Amendment issues" at play.

Under current interpretations of the Second Amendment, the government could almost certainly prohibit unregulated home manufacture of guns. The First Amendment, however, might well protect the distribution of the computer code that functions as the recipe for the 3D printers.

The threshold question is whether computer code is a form of speech at all. This question raises philosophical questions about whether computer code written in a programming language is effectively an object - not ordinarily regulated by the First Amendment - or is more like a set of written instructions from one person to another, which would typically be considered a form of speech.

The U.S. Supreme Court has never definitively answered this tricky question. But the lower courts have mostly held that code counts as speech. In an influential 2001 decision to that effect, the U.S. Court of Appeals for the 2nd Circuit said that "a recipe is no less 'speech' because it calls for the use of an oven, and a musical score is no less 'speech' because it specifies performance on an electric guitar."

That brings us to the second legal problem: whether speech that instructs the public how to commit a crime is subject to free-speech protection. Here, too, the Supreme Court has not given a definitive answer - and the legal landscape in the lower courts is not that clear. In an important 2005 article, First Amendment scholar Eugene Volokh pointed out that some courts have held that free-speech law does not extend to cover "speech that knowingly facilitates bomb-making, book-making, or illegal circumvention of copyright protection."

Yet Volokh, who tends to prefer very strong free-speech protections, cast serious doubt on most of the rationales that could be used to prohibit speech that tells people how to commit crimes. In particular, he pointed out that such information often has other, noncriminal uses. And he strongly emphasized that the internet changes the landscape for such regulation, because sources outside the reach of U.S. law could almost always post the same information, which would then be available to American users notwithstanding any ban.

The best way to think about the question is to ask whether the government should be able to ban "The Anarchist Cookbook" or other works that describe how to make Molotov cocktails or simple bombs. Logically, the answer is almost certainly not. How-to guides for criminal activity aren't like classified information, such as how to build an atomic bomb or make a biological weapon. The information is widely available and may have legitimate uses.

The value of free speech outweighs whatever benefits may come from making it a bit harder for people to figure out how to make illegal weapons.

Today, First Amendment law is substantially more speech protective than it was in 2005, when Volokh was writing. The Supreme Court now would almost certainly find that a ban on the distribution of 3D printer code to be "content-based."

As a consequence, the court would say that a ban on distributing 3D gun code could only be upheld if the government could show that it had a compelling state interest in the ban and that the ban was narrowly tailored, using the least restrictive means to achieve it.

A code ban would probably fail to meet this exacting standard. The government might conceivably have a compelling interest in prohibiting the manufacture of unregulated guns, but there are so many guns already being made that this argument isn't a sure winner.

In any case, the ban probably isn't narrowly tailored enough, because the government can prohibit the actual act of printing - a prohibition that would be much more narrowly tailored to the evil of the guns than a ban on how they can be printed. So the Supreme Court would probably consider a ban on distributing the code to violate the First Amendment.

You might think this conclusion is a sign that judicial doctrine has gone too far toward protecting speech - and you might be right. But it's important to remember that strong free-speech protections always have societal costs.

If you think that Edward Snowden's revelations about the National Security Agency deserved to be protected as free speech once they were published by newspapers, then you already think that lawbreaking and free speech can go together.

Guns made on 3D printers may also cause harm, but that doesn't mean they should be outside the First Amendment.