It is, in a crucial sense, the era of Trump in the Republican Party. But there's an important caveat 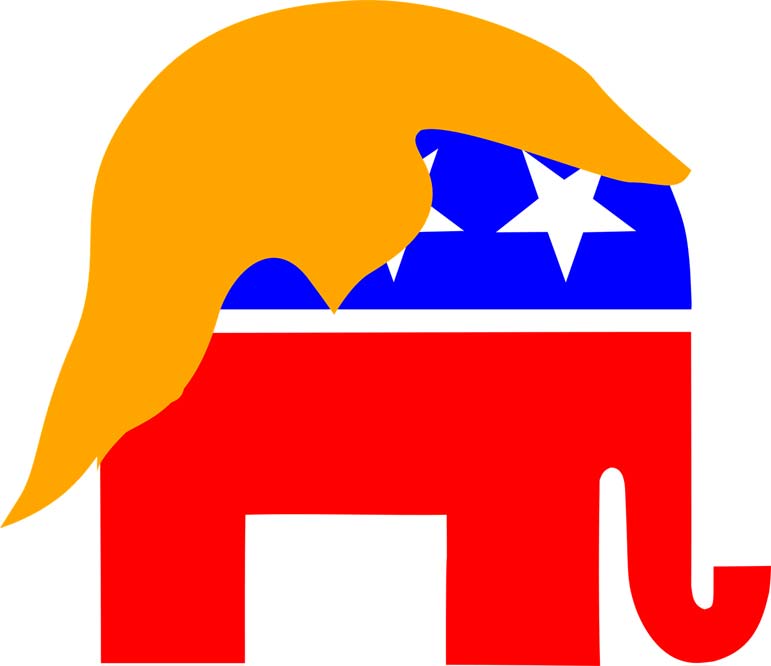 Former Minnesota Gov. Tim Pawlenty's bid to be re-elected to that position crumpled Tuesday night, as former county commissioner Jeff Johnson beat him by nine points in the Republican gubernatorial primary in Wisconsin. After his defeat, Pawlenty told reporters that his career in politics was over.

"The Republican Party has shifted," Pawlenty said. "It is the era of Trump, and I'm just not a Trump-like politician."

It's certainly tempting for an unsuccessful political candidate to blame others for a loss. In this case, Pawlenty's loss might also be attributed to any of the mundane reasons people lose: policy stances, legislative records, perceptions of style, etc.

But there's truth to what Pawlenty says. He is most certainly not a President Donald Trump-like politician - though there aren't a lot of politicians very much like Trump. Johnson isn't particularly Trump-like, for one, though he did make Pawlenty's disparagement of Trump in late 2016 a point in his last campaign ad. (But Johnson's pitch wasn't about supporting Trump so much as it was about Supreme Court nominations and the economy.)

This is the more accurate sense in which the Republican Party is the party of Trump, though. It's not that all Republican politicians have to act like Trump, it's that Trump's popularity with rank-and-file Republicans makes aligning with him politically useful - at least during Republican primaries. In Minnesota, 86 percent of Republicans approved of the job Trump was doing as president, according to an NBC News-Marist poll released last month. Allying with Trump, then, is a smart political move even if you're one of the one-fifth of people who approve of the job he's doing but don't like him personally.

In broad strokes, Pawlenty is correct. It is, in a crucial sense, the era of Trump in the Republican Party. But there's an important caveat.

On Twitter, The Washington Post's Robert Costa relayed a story about a conversation with Pawlenty that occurred shortly after his failed presidential bid in 2012.

"Pawlenty's comeback bid in (Minnesota) was encouraged by GOP leaders and donors because it looked like not only a way to win the governor's mansion, but a way to reassure themselves that someone like him could still be a player," Costa wrote. "Mild-mannered, Sam's Club pitch but loved by C-Suite types."

In 2012, Pawlenty fared worse than another Minnesotan, former representative Michele Bachmann. In mid-July 2011, she was running third in the crowded field in a Post-ABC poll. Pawlenty was tied with former Sen. Rick Santorum, R-Pa., at 2 percent. Pawlenty dropped out the next month.

"What Trump saw, and Bachmann saw, and Santorum saw, to an extent, was that in the modern GOP, being a 'Sam's Club Republican' is not enough," Costa wrote. "You cannot respond to economic anxieties with a policy program. Voters want visceral political campaigns, solidarity in grievance."

Here - "solidarity in grievance" - we get to the heart of the issue. The shift isn't really that the GOP is the party of Trump. The shift is that the Republican base has embraced the sort of politics that Trump (and Bachmann before him) were good at.

In that sense, it's not the party of Trump. It's the party of conservative media. Of Sean Hannity as much as Trump.

For conservative media outlets, stoking partisan passion has proven lucrative. Fox News established itself as the counterpoint to the mainstream media and, thanks to a deliberate effort to bolster conservative points of view, is the most trusted news outlet for more than half of Republicans.

During the administration of Barack Obama, it often seemed that no outrage was too small to air on Fox News or its online properties. At the same time, though, Fox faced pressure from the right as Breitbart News and other more extreme online outlets pushed conservative rhetoric even further. During the 2016 campaign, Breitbart dominated social media sharing on the right, besting Fox News across the board.

Trump's view of political issues was molded by Fox in particular. Before becoming a candidate, he regularly called in to "Fox and Friends" to offer his insights. As always, his Twitter feed is instructive: Before he ran for president, he tweeted about Fox News more than 600 times, often promoting his own interviews on the network. More than 50 times, he promoted Breitbart.

Trump's approach to politics was his own, formed over years of interaction with the media broadly and his own style of doing business. What happened in 2016 was less that Trump changed who he was to fit the moment than that the moment had changed to fit Trump. Conservative voters, frustrated by eight years of Obama and primed for direct fights against Democrats and the Republican establishment, embraced a guy willing to engage in those fights.

Trump, because he's Trump, said what he wanted and Trump, because his political views were informed by conservative media, wanted to say things that mirrored Fox and Breitbart, messages for which a big chunk of the party's base was already primed by having consumed the same media. Not every Republican responded to that right off the bat but enough did that it carried him to success in the Republican primaries.

Last August, the Pew Research Center asked Trump supporters what they liked most about how Trump did his job. By a three-to-one margin, they said they liked his style and approach more than his policies.

What worked to sell ads on media sites and television networks also worked to sell Trump's candidacy and presidency. That's the shift that Costa notes and, more indirectly, the frustration that Pawlenty experienced.

Where the party goes after Trump is an open question. How it got to this point isn't, manifested less in Pawlenty's loss than in his valid point that his party has slipped away from him.