If Viewers Are Willing To Pay For Mayweather-McGregor, Will Voters Spring For Hillary's Book? 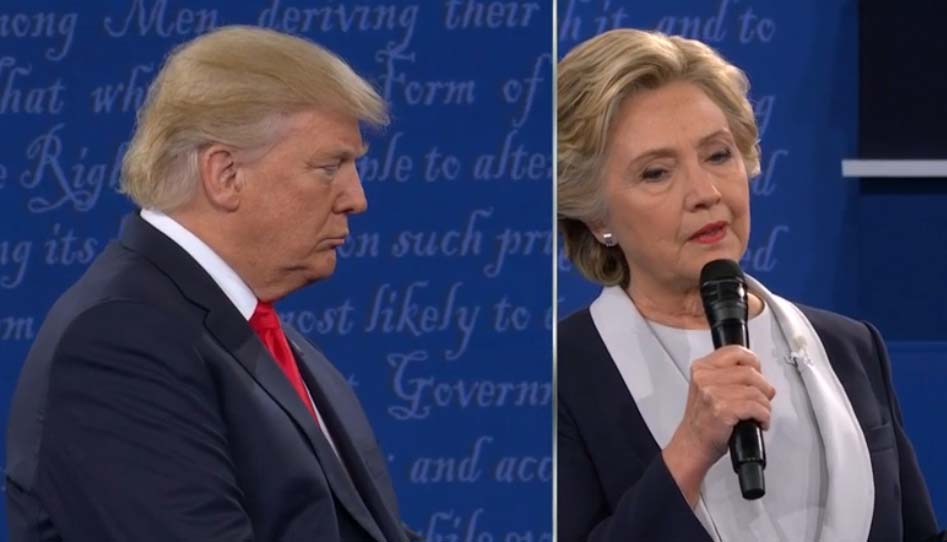 A simple question: if you're willing to shell out a nickel shy out $100 to watch this weekend's bout between Floyd Mayweather and UFC Champion Conor McGregor, will you spend another $30 to read Hillary Clinton's round-by-round analysis of her presidential campaign's failure?

What Happened - you know it could be a tough read when there's confusion over whether the book's title is a statement or question - comes out on Sept. 12.

Judging by what we know so far, Mrs. Clinton's treatise shapes up a lot like a Mayweather fight in that:

Why such cynicism? Simple. Let's start with the breathless announcement from publisher Simon & Schuster:

"Now free from the constraints of running, Hillary takes you inside the intense personal experience of becoming the first woman nominated for president by a major party in an election marked by rage, sexism, exhilarating highs and infuriating lows, stranger-than-fiction twists, Russian interference, and an opponent who broke all the rules."

It goes on: "In these pages, she describes what it was like to run against Donald Trump, the mistakes she made, how she has coped with a shocking and devastating loss, and how she found the strength to pick herself back up afterwards."

Compare that to this "juicy" excerpt pre-pre-leaked last week:

"It was the second presidential debate and Donald Trump was looming behind me. Two days before, the world heard him brag about groping women. Now we were on a small stage and no matter where I walked, he followed me closely, staring at me, making faces.

"It was incredibly uncomfortable. He was literally breathing down my neck. My skin crawled. It was one of those moments where you wish you could hit pause and ask everyone watching, 'Well, what would you do?' Do you stay calm, keep smiling and carry on as if he weren't repeatedly invading your space? Or do you turn, look him in the eye and say loudly and clearly, 'Back up, you creep. Get away from me. I know you love to intimidate women, but you can't intimidate me, so back up.'"

Ironically, Mrs. Clinton's admission of how Trump disgusted her gets to some the roots of her eventual failure.

First, she didn't go with her gut instinct. Tempted to call out Trump for his boorish behavior, she instead smiled and went along with the program. Only after the debate, in the spin room, did her campaign jump on the opportunity and rip into Trump as a stalker.

A more instinctive candidate would have recognized that Trump had crossed the line and called him out. Just as Hillary might have sensed her disconnect with a portion of the electorate fed up with the political class. If she had better antennae (or listened to her husband), common sense might have taken her to Wisconsin and other white working-class pockets rather than waste her time on lost causes (Iowa) or places she already had in the bag (California congressional districts).

Second, the inability to publicly express her Trump revulsion leads back to the head-scratcher of what level of bad male behaviour, in this woman's life, it takes to trigger a response. And that, in turn, leads us back to the same old Pandora's box of the outré nature of her marriage. The one Hillary book most Americans would leap at: why she's tolerated her husband's antics all these years.

Clinton's book will be historic in one perspective: an also-ran so quickly coming out in print.

Richard Nixon didn't come out with his campaign book, Six Crises (the 1960 election was one of the six topics), until the second year of JFK's presidency (Kennedy encouraged Nixon to put pen to paper, to help his image).

In that book, Nixon overlooks his own blind spots when writing about the 1960 campaign  (the complaint was the candidate was too isolated from his staff and the media). However, Nixon didn't wallow in accusations over Illinois voting irregularities. We'll see how Hillary approaches Russian meddling.

Speaking of JFK, there may have been a better way for Hillary Clinton to approach her campaign confessional: do what Jacqueline Kennedy did after Dallas.

Rather than write a first-hand account of the tragedy, the former First Lady turned a noted historian, William Manchester. Through her charm, her sadness and her insistence on the story she wanted the author to write, she reduced Manchester to something of a mythology weaver.

As a result, Manchester's readers are offered a slain president who's a faithful husband, a sentimental lover of show tunes (Camelot) and a visionary tragically taken from us too early. Thanks to Manchester's byline, the book carried literary street cred, even if Jackie and Bobby Kennedy had final text approval and control over the research files.

Could Mrs. Clinton have found a similar court chronicler, other than a Carl Bernstein or Sidney Blumenthal? It might have been worth considering, especially if this book flounders like 2014's Hard Choices.

What Happened may not endure the same fate if Trump-loathers think the book is ripe with new dirt on their favorite piñata. Otherwise, the Clinton book industry is a metaphor for what ailed her final (we assume) presidential run. Despite repeated windows into her inner self that numerous memoirs have provided, America never did fall in love with this heroine. Twelve years after the first run of Living History, the Hillary Clinton we saw in 2016 still struggled to be an approachable, likable, sympathetic political entity.

The big publishing advances will continue to come Mrs. Clinton's way as long as she chooses to write, just as her campaigns never lacked for financial support. But part of Hillary Clinton's legacy is the inability to transition from selling books to selling voters on the concept of her as the nation's leader.

It shouldn't take a village - or another two or three memoirs - for Mrs. Clinton to acknowledge that uncomfortable truth.