An ominous how-to for a terrorist attack in America 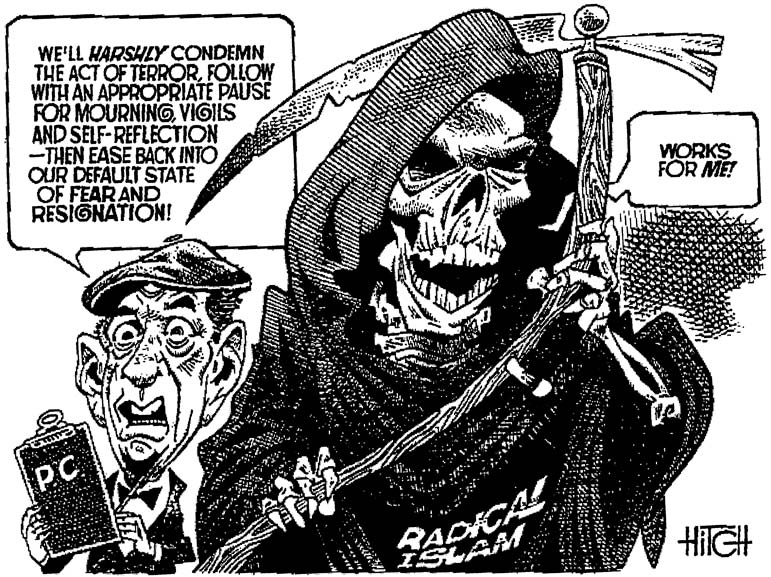 The terrorist attack in Barcelona follows a pattern that has left more than 100 people dead and hundreds more injured in Nice, Berlin, London, Stockholm and Ohio State University - a terrorist takes a van or truck and plows through innocent pedestrians on a crowded thoroughfare, turning the vehicle into "a mowing machine, not to mow grass but mow down the enemies of Allah."

Those words come from an article called "The Ultimate Mowing Machine" in the 2010 edition of the glossy online al-Qaida magazine Inspire, which provided detailed instructions for how to carry out vehicular attacks, urging would-be terrorists to "pick up as much speed as you can while still retaining good control . . . to strike as many people as possible in your first run."

A Tunisian terrorist followed these instructions when he drove a tractor trailer into a Christmas market in Berlin in December; as did the British terrorists who mowed down pedestrians on Westminster Bridge in London in March and London Bridge in June; as did an Uzbek terrorist who drove a truck into pedestrians and shoppers in Stockholm in April. And now we have seen this technique used by terrorists in Barcelona, killing at least 13 people and injuring more than 100. And it is not just Islamist terrorists who are inspired by these tactics. Last weekend, an allegedly neo-Nazi domestic terrorist, James Alex Fields Jr., used a car to mow down a crowd in Charlottesville.

This history is worth remembering, because just this month al-Qaida came out with a new edition of Inspire, this time with detailed instructions for how to carry out "Train Derail Operations." The magazine includes an article by Hamza bin Laden - the son of Osama bin Laden and an emerging al-Qaeda leader - who addresses "the valiant heroes of Islam in America" and offers "advice for anyone who intends to carry out a martyrdom operation."

Inspire urges its readers to target trains in the United States as the best means of terrorizing Americans and disrupting our economy.

An article by the self-described "Lone Jihad Guidance Team" quotes testimony from the Government Accountability Office before the Senate Committee on Commerce, Science and Transportation, in which the agency explains that our rail infrastructure "extends through every major city as well as thousands of small communities" and "creates an infinite number of targets for terrorists."

Al-Qaida notes that "it is a daunting and almost impossible task to protect the long railroad length, and yet one of the easiest to target."

The magazine then provides an 18-page, step-by-step illustrated guide to building a train derailment tool. It includes a list of "passenger train routes in America," and it urges terrorists to target high-speed trains because "a train at a very high speed is hard to control or manage using brakes."

It specifically cites "America's high-speed train 'Acela,' " Amtrak's express service along the Northeast corridor, because it "requires a whole mile so that it can come to a halt."

It urges terrorists to place the derailment tool "on a bend and specifically a sharp corner" or "when the train reaches residential or large populated areas" to force a "collision with man-made structures, such as buildings, bridges or tunnels" or make the train "fall from a very high place."

The advantages of train derailment weapons, al-Qaida says, is that they are "easy to design" and "easy to hide your tracks from forensics after the operation."

The terrorists note that "because the operation is not a martyrdom op.. . . it can be repeated" and will cause "great impact on the economy," while "security agencies will be puzzled and confused to finding a solution for this problem."

We have seen how these guides to "open source Jihad" have led to attacks in the past, so we need to take these new threats seriously. Terrorist networks use online tools such as Inspire and encrypted messaging apps to recruit and vet terrorist operatives, indoctrinate and train them, and then direct them to carry out "remote-controlled" attacks across the world.

They no longer need to bring recruits to run through obstacle courses in terrorist sanctuaries; the dark Web is now their training camp.

The new issue of Inspire includes a map of the United States and the words emblazoned across it: "Ideas do not need visas." They are right. While we are all mourning the victims of Barcelona, the terrorists are already preparing for their next wave of attacks. It is only a matter of time before they bring the violence we are seeing in Spain to our shores. Something for policymakers in Washington to think about while they travel along the Acela corridor.