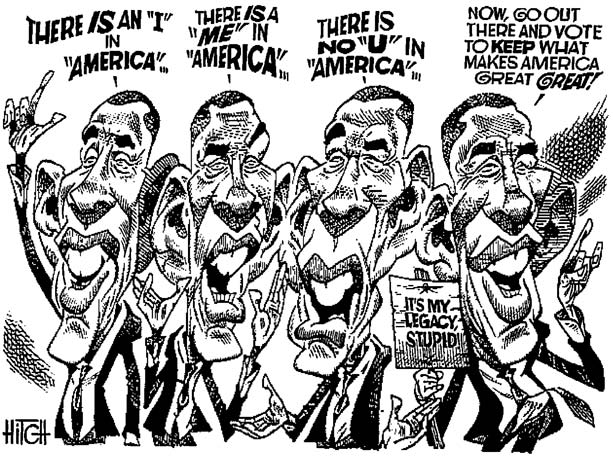 After leaving the White House in January 2017, Barack Obama and his family set out to do what all newly retired presidents have done-go back home, or find a new one.

In Obama's case, though, the new residence is in Washington, D.C. At first, the Obamas presented their choice as temporary-they wanted to let their younger daughter, Sasha, finish high school in Washington, they said-but their purchase of an 8,200-square-foot, $8 million mansion suggests a permanent stay.

Obama's postpresidency is thus shaping up to be virtually unique in American history: rather than departing Washington, he is planting his flag there, establishing, in effect, a shadow presidency.

Obama's move breaks with long-standing precedent. Conscious of threats to the safe transfer of executive power in the young republic, America's early presidents departed Washington on the expiration of their terms.

After relinquishing his commission as general following victory over the British, George Washington was compared with Cincinnatus, the retired Roman general who assumed emergency powers, saved Rome, and then returned to his plow.

Washington repeated his valiant act when he declined a third term as president-Garry Wills calls him a "virtuoso of resignations"-and set the standard for future executives by going home when his political work was done.

The American ideal of a president is essentially republican: a citizen steps forward to serve the government and returns to private life when his term is up.

Washington's diaries and correspondence of 1797 are consumed with matters of housekeeping, husbandry, and accounts. Mount Vernon had gone to seed, and Washington was forced to shore up his personal finances.

Though he stayed abreast of national events and voiced his opinions to his associates, he stayed out of the affairs of government; keeping a safe physical distance from the capital reinforced that resolution.

Following Washington's model, John Adams, Thomas Jefferson, James Madison, and James Monroe each returned to their farms, in varying degrees of insolvency. True, John Quincy Adams, finding retirement dull, soon returned to public service as a congressman, a role he embraced and thrived in, but his ambitions were not imperial. Andrew Jackson and Martin Van Buren went home, too, when their terms in the White House were finished.

In the modern era, only one other former president remained in Washington after his term of office ended. Stroke victim Woodrow Wilson took up residence on S Street-just a few blocks away from the Obamas' new Kalorama home. But Wilson was an invalid-indeed, he spent the last 18 months of his presidency in seclusion, with his wife largely managing the affairs of state. Unlike Obama, he was in no position to assert his postpresidential authority or impose himself as a presence on the national stage.

Harry Truman retired to Missouri, broke, in 1953. Dwight Eisenhower retired to Gettysburg, eight years later. In 1969, Lyndon Johnson lit his first cigarette in 15 years, telling his daughters, "I've now raised you girls. I've now been president. Now it's my time!" He went to his ranch, grew a ponytail, and died within three years.

Richard Nixon skulked off to California and reengineered himself as a statesman, Gerald Ford made himself rich, and Jimmy Carter became a professional humanitarian. Ronald Reagan rode off into the sunset. George H. W. Bush splits his time between Houston and Maine; his son George W., a full-time Texan, paints. Bill Clinton arguably broke the mold through his efforts to install his wife as president, but even that ambitious enterprise was centered in New York, not Washington.

True, some ex-presidents have plotted returns to office. When Grover Cleveland left the White House in 1889, his wife, Frances, told a staff member to keep everything in place because she and her husband would be returning in four years. They did. But Cleveland was an outlier. (He's also the only president to serve two nonconsecutive terms.)

Traditionally, former presidents gave their successors a lengthy grace period, during which they refrained from critiquing them: George W. Bush waited until 2015 before criticizing Obama's foreign policy. By contrast, Obama, only two weeks after Donald Trump's November victory, announced that he would take on the new president "if necessary." Necessity arose quickly: Obama held a conference call that month with staff members of his "social welfare" nonprofit Organizing for Action, the successor organization to his Obama for America campaign. The ex-president told the depressed troops to "get over it" and "move forward." Ten days after leaving office, Obama said that he was "heartened" by anti-Trump protests. Now, recent news reports indicate that Obama is planning a return to the national stage as soon as this Fall, and that he wants to take an "active role" in running the Democratic Party.

Obama's new home in Washington has been described as the "nerve center" of the anti-Trump opposition. Former attorney general Eric Holder has said that Obama is "ready to roll" and has aligned himself with the "resistance." Former high-level Obama campaign staffers now work with a variety of groups organizing direct action against Trump's initiatives. "Resistance School," for example, features lectures by former campaign executive Sara El-Amine, author of the Obama Organizing Handbook. Former White House deputy chief of staff Jim Messina runs Organizing for Action.

Obama and his affiliated organizations are not addressing broadly humanistic policy goals, in the model of the Carter Center or even the Clinton Global Initiative. Rather, Obama is the spearhead of a movement seeking to obstruct the administration of his successor. By establishing himself so visibly within the nation's capital, Obama is effectively turning the postpresidency-up to now, a venerable, if vague, institution-into something more ominous.


Previously:
• 08/15/17: Between Chaos and Competence: The Trump administration has been remarkably substantive, but its two competing narratives can't coexist forever
• 09/22/16: Three Blind Mayors: The elected leaders of Paris, London, and New York should know better than to downplay the frequency of radical attacks