Why the GOP may drop the filibuster in the end 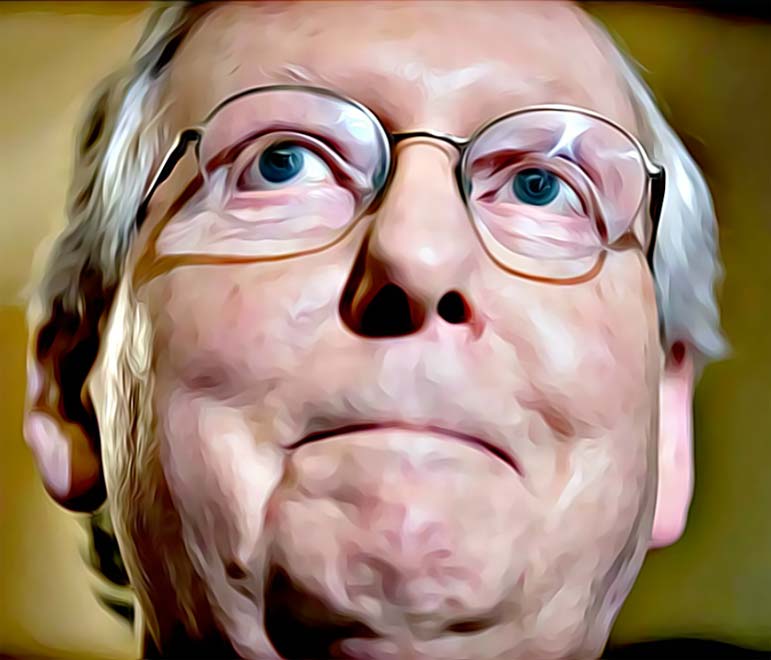 As if Senate Majority Leader Mitch McConnell, R-Ky., weren't miserable enough over his failure to repeal and replace Obamacare, President Donald Trump has been badgering him on Twitter about eliminating the 60-vote Senate filibuster.

According to Trump, this procedural relic was to blame for stalling his legislative agenda in Congress: "Republicans in the Senate will NEVER win if they don't go to a 51 vote majority NOW. They look like fools and are just wasting time. . ..."

As is often the case, Trump did not entirely grasp the relevant nuances: McConnell tried to pass an Obamacare repeal under a special "reconciliation" rule requiring just 50 votes plus Vice President Mike Pence's, but couldn't even muster that many due to defections in his own caucus. The majority leader thus seemed understandably exasperated with the president Wednesday, citing his "excessive expectations."

And, of course, McConnell shows no signs of agreeing to the rule change Trump impatiently favors.

Still, there is a reasonable case to be made that it would be in the GOP's interest to do what Trump says - if not immediately, then certainly if the Republicans manage to overcome Trump's declining approval numbers and do well in the 2018 midterm elections.

GOP senators have made two main arguments against such a power grab: It would be bad for the Senate, and hence the country, to convert the "world's greatest deliberative body" into the plaything of shifting majorities. And it would be unwise for the Republicans to risk a rule change that the Democrats could turn to their advantage by regaining control of the chamber, possibly in as little as two years.

However, the second of those two arguments may be getting less compelling for the GOP: It's eminently foreseeable that not only the gerrymandered House but also the Senate will remain in GOP hands for at least the next half-decade - and maybe longer.

This is due not only to the fact that the 2018 Senate electoral map favors Republicans, in that they only have to defend eight of the 33 seats at stake, while 25 Democrats are up for reelection, 10 in states Trump carried in 2016.

Even more striking is the developing and seemingly durable GOP edge in rural states, which have two Senate seats each just like the heavily populated coastal states that Democrats dominate.

Republican Trump carried 26 states (that's 52 senators' worth) with a share of the vote at least five percentage points larger than his national vote percentage, according to an analysis by Dave Wasserman of the Cook Political Report.

By contrast to these deep-red strongholds, there are only 14 states (with 28 senators) in which Democrat Hillary Clinton beat her national share by at least five points. Wasserman counts 10 remaining "swing" states (20 senators).

Overall, the statistical "pro-GOP bias" of Senate races is at its highest level since the direct election of senators became the law of the land in 1913, Wasserman notes. And the 2020 map looks only slightly less favorable to the GOP than the 2018 one.

The temptation to do away with the legislative filibuster could therefore prove irresistible if 2018 produces another GOP majority of fewer than 60 votes, especially if Republicans also retain the House.

Certainly Trump might see a once-in-a-generation opportunity to transform a whole host of policies - taxes, spending, regulation, immigration - in ways Democrats could not reverse until that far-off day when they manage to capture both houses of Congress and the executive branch.

To be sure, this scenario depends on a long series of assumptions, the most important of which is that public dissatisfaction with Trump, or some Trump-triggered crisis, doesn't drag the whole GOP down to defeat in the midterms.

It would also depend on McConnell's willingness to repudiate declarations of high principle he and other members of his caucus have made, seemingly sincerely, to the effect that the filibuster protects minority rights and fosters compromise. Democrats certainly made that easier for him by eliminating the 60-vote threshold for judicial and executive branch nominations when they were last in the majority.

Then the decision would come down to what McConnell's gut tells him about the state of national politics and the likelihood of a Democratic comeback in Washington.

For the majority leader, abandoning the filibuster could be the ultimate partisan gamble - high risk, but also, under the right circumstances, high reward.