You can thank leakers for newest Russia sanctions 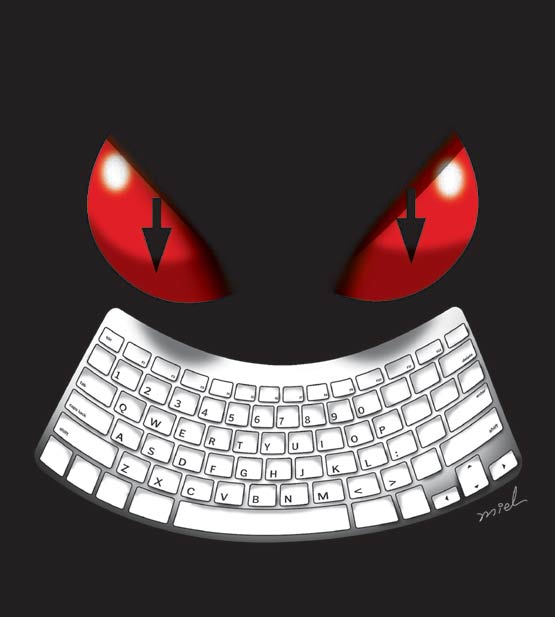 If you are inclined, as I am, to see the new congressional sanctions on Russia as a positive development, then take a moment to thank an anonymous national security state leaker.

The legislation President Donald Trump reluctantly signed is extraordinary in that it does not include a national security waiver. Until now, sanctions were largely left up to the discretion of the president. Former President Barack Obama used legislative waivers to lift sanctions on Iran after he completed the nuclear deal. And yet, despite heavy lobbying from the White House, Congress rebuffed Trump.

So it's not surprising that Trump complained that the law he was signing encroached on his ability to make foreign policy. Any president would have said that. The difference is that until now, Congress would have respected the president's prerogatives.

There are a few reasons why Congress voted in veto-proof majorities to codify the kind of sanctions on Russia that Trump campaigned against. There are the Russians. They brazenly intervened in the 2016 elections: hacking Democrats, probing voting machines, ginning up fake news and then lying about it. There is also Trump himself, whose sycophantic praise for Vladimir Putin and failure to accept the conclusions of his intelligence agencies led many in Congress to worry he would let Moscow get away with it.

Then there are the leakers. The steady drumbeat of stories disclosing details of the FBI investigation into possible Trump World collusion with Russia; intercepted communications between Russian officials about contacts with Trump advisers; and the leaked conversations of former National Security Adviser Michael Flynn with the Russian ambassador. All this boxed the president in on Russia. Trump compounded these problems by falsely denying contacts between his campaign and Russians and then firing FBI Director James Comey.

One senior Senate staffer who worked on the legislation told me this week that there was no doubt that the lurking questions around the Trump campaign and Russia spurred Republicans in particular to support a bill with no waiver.

It's possible that nothing will come from the special counsel's investigation or the various committees in Congress looking into the matter, but "it's better to be safe than sorry," this staffer said.

And while this is good for U.S. foreign policy, it sets a dangerous precedent. U.S. intelligence agencies are not supposed to interfere in our politics. But they clearly have. They have not only succeeded in creating the conditions under which Trump fired Flynn. Leaks forced Attorney General Jeff Sessions to recuse himself on Trump-Russia investigations. They also spurred acting attorney general to appoint a special counsel, Robert Mueller, to run the probe.

Now intelligence leaks have contributed to the atmosphere that led Congress to force Trump to effectively violate one of his campaign promises to seek a new relationship with Moscow, not to mention a new precedent for Congress to abrogate the executive branch's foreign-policy dominance.

This is why it's important that in addition to probing Trump world's ties to Russia, Congress should also stick with the issue of "unmasking" -- the practice of asking the intelligence community for the identity of a U.S. citizen, incidentally collected in eavesdropping of foreign targets -- that in this case was first discovered by Rep. Devin Nunes, chairman of the House Intelligence Committee.

At issue is why President Barack Obama's national security adviser, Susan Rice, requested the identities of Americans caught up in foreign surveillance dozens of times. It's unlikely she did anything illegal. The rules for unmasking are loose enough that a senior official like Rice needs only to show that she must learn the identity of the masked U.S. citizen to better understand the intelligence.

Yet Nunes has found what could be a disturbing pattern of impropriety. In a letter sent last month to the director of national intelligence, Dan Coats, he shared some of his findings. Nunes said that the committee, for example, has learned that the identities of some of the Trump transition officials unmasked in intelligence reports were later leaked to the press. He also said that one Obama administration official made hundreds of such requests in the final year of the administration. What's more, there was often little justification provided for the unmaskings, other than boilerplate language about needing to better understand the intelligence.

Not everyone agrees that what Rice did was improper. She was after all receiving much new intelligence about Russia's role in the election, some of which suggested coordination with Trump associates. National Security Adviser H.R. McMaster has concluded that Rice did nothing wrong, according to two U.S. intelligence officials who spoke to me on condition of anonymity. That might explain why Trump has yet to declassify more information on the prior administration's unmasking requests.

Nonetheless, it's hard to figure out what all of this means without knowing more context. "The problem with this stuff is that it's incredibly fact-dependent," Susan Hennessey, a former lawyer for the National Security Agency's Office of General Counsel and a fellow at the Brookings Institution, told me this week. "There are officials for whom a large volume of requests would not be unusual, and there are officials for whom even a small number of requests would be unusual."

Hennessey, however, agrees that the leaking has been troubling. "Early on in the administration when there were troubling leaks, there was a point where reasonable minds might differ," she said. "What we've seen in the last six months is the worst-case scenario, it has become in both directions a kind of leak free-for-all. We are plainly seeing leaks that compromise intelligence capability and are civil liberties violations."

As a journalist, I encourage leaking and oppose leak investigations. But in this case it represents a threat. When communications overheard by U.S. spy agencies, such as those between the Russian ambassador and his superiors in Moscow about Attorney General Jeff Sessions, are leaked to the press for political ends, it gives the eavesdroppers undue influence on our politics.

In the first half year of the Trump administration, leaks helped enable the preservation of sanctions against Russia. That was a good outcome. The problem for the Republic is how it was achieved.