In the republic of marriage 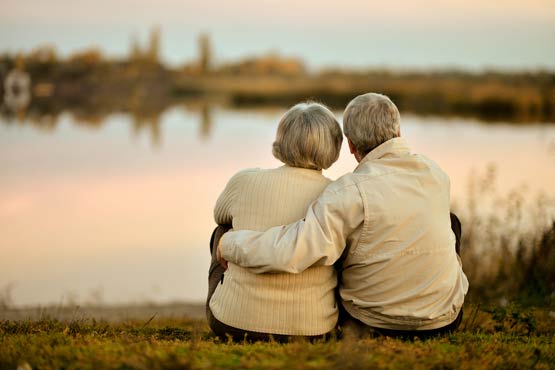 My wife has gone East for a couple weeks and now there is nobody to say, "You're not wearing that tie with that shirt, are you?" Nobody to point discreetly at her left nostril and hand me a tissue. Nobody to remind me of the name of that woman with the glasses (Liz) whom I ought to know -- I told my wife, "Her and me went to school together" so that she'd have the satisfaction of saying "She and I."

It's a comedy routine when she's around and now it's a lonely monk in his cell, quill pen in hand, making illuminated letters and living in darkness.

At this very moment, if you want to know the truth, the big crisis in my life is the fact that my iPhone has accidently upgraded itself and I don't know how to downgrade it except by hurling it into the river. My wife would know how to fix this.

Some genius at Apple designed it and now I need a password to make each call or text and the texting screen is odd. Instead of a simple "Send," there is a row of icons. I press one and colored balloons float up in the background, I try another and the phone offers me a choice of cartoons to accompany the text -- a ferocious gorilla in a cage, Snow White, a galloping horse -- which must be big fun for 5-year-olds but I'm 75 and I don't need balloons to accompany my texts, and meanwhile the thing keeps asking for my Apple ID verification, which I do not have.

This hellish idiocy descended on me suddenly; evidently I clicked on a Yes I shouldn't have clicked on. My wife would know how to do a reset. I'd like to reset the phone with a ball-peen hammer.

Man was not made to live alone. My friend Frank came to visit who has been divorced for a couple years and I sat and took issue with him on about half of what he had to say which required me to lean farther to the right than I care to lean but I did it for his own good and he was grateful for the opposition. He's been alone for a long time, living on love and sympathy, and he needed the boost to self-esteem that comes from someone telling you you're full of prune juice. This is the American way. Those whom we love, we needle. Better honest skepticism than false piety.


One person can't do it all. I pretty much handle foreign policy issues in our home because I am not inhibited by ignorance, whereas my wife handles science, technology, and the arts. She reads science articles in the paper and explains them to me. She tends the plants in the yard and knows their names. She is well-versed on social convention and has sound opinions about music, books and design.

The marriage operates on a delicate system of checks and balances. I say, "Let's put a ping-pong table in the living room" and she says, "After I'm gone," and so we don't.

It's the Age of Sensitivity when we're made to feel that we should be validating each other and not telling someone that his fly is open.