In the Year of the Deciding Vote, one Dem's corruption trial could change the Senate --- or not 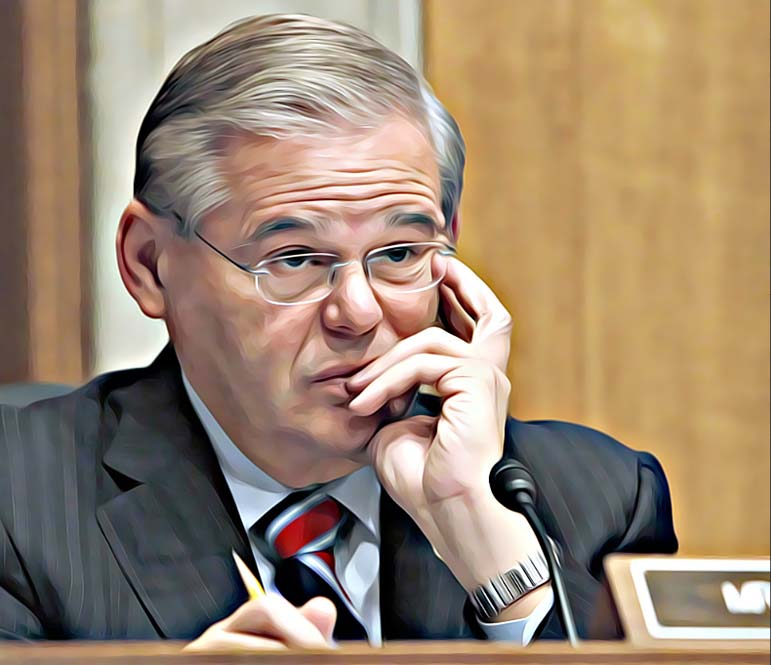 WASHINGTON - This year, the Senate has demonstrated the importance of a single vote.

And last month, Sen. John McCain, R-Ariz., defeated the GOP's effort to repeal the Affordable Care Act with a single flick of his thumb.

There's more on the way. Later this fall, President Donald Trump's agenda could be impeded by a one-man blockade, Sen. Robert Menendez, who by then could be a felon.

The New Jersey Democrat, indicted two years ago on corruption charges, is set to begin his trial Sept. 6 in a Newark federal courthouse, with a 12-person jury seated this week. The trial is expected to last well into October; by Halloween, Menendez could be the first sitting senator in nine years to become a felon.

While Menendez would almost certainly appeal such a verdict, the calls for his immediate resignation would be swift and voluminous. And much has been written about the calamity that his departure would bring on the Democratic Party in this Year of the Deciding Vote.

But no one should expect Menendez to heed those calls, at least not until Republican Gov. Chris Christie leaves office on Jan. 16.

The current front-runner to replace Christie, Democrat Phil Murphy, could be sworn in then as the new governor. This scenario would allow Murphy to appoint a Democratic interim senator and set a special election for later in 2018, in which Democrats would be heavily favored to retain the seat in increasingly blue New Jersey.

It might seem a bit outlandish for a felon to remain in the Senate for two to three months, just to deny the Republicans from getting an extra vote. But these are anything but normal political times in Washington.

What's more, unlike the House, the Senate's bipartisan precedents on corruption convictions are more lenient in the time typically granted before colleagues move to evict someone from office.

"The Senate has always taken more time (as with everything else), especially if the convicted senator has filed an appeal in the courts," Don Ritchie, the former Senate historian, said this week. "The Ethics Committee will have to hold hearings and vote on a recommendation, and then the Senate deliberates and votes. Senators can't be forced to resign, and it takes a two-thirds vote to expel them, which prevents it from becoming a strictly partisan matter."

To this point, the Ethics Committee has done little to no work on the Menendez matter, instead deferring to the Justice Department. That probe began in 2013 after The Washington Post and the New York Times published extensive stories detailing the senator's connections to a Florida eye doctor.

The two most recent examples of convicted senators should reassure partisan Democrats who fear that Christie would replace Menendez, reviving the effort to gut the 2010 health-care law and move on other partisan legislative efforts.

On Oct. 27, 2008, the late Ted Stevens was found guilty on seven felony corruption charges. The Alaska Republican refused to resign, despite a bipartisan chorus calling for him to step down - including the minority leader at the time, Sen. Mitch McConnell, R-Ky.

Eight days later, Stevens lost his Senate reelection race, and the issue became moot. He served out the remaining two months of his historic run, retiring as the longest serving Republican in the history of the Senate. He continued to vote and attend caucus meetings, like every other senator, those last few weeks.

And as Jonathan Salant noted this week in the Newark Star-Ledger, the last Senate Democrat to be convicted of felony corruption charges was also from New Jersey, the late Harrison "Pete" Williams.

Williams was convicted in May 1981 amid the notorious ABSCAM investigation. An undercover FBI agent acting as an Arab sheikh caught Williams on camera agreeing to help the sheikh in exchange for a multimillion-dollar loan.

The full Senate then took up his expulsion in a trial-like setting - but not until March 1982, after he had filed a series of legal motions in federal courts that all ended in rejection. Finally, when Williams realized there was easily a two-thirds majority to expel him, he resigned.

That was more than 10 months after his conviction.

The delay actually benefited Republicans. Had he resigned in 1981, the Democratic governor would have appointed Williams' successor, but by 1982 Republican Thomas Kean Sr. was governor and appointed a Republican interim senator.

Menendez would be doing the opposite, holding out long enough to assure a fellow Democrat takes his seat.

The late Williams played an intriguing role in the Menendez investigation - which began with an anonymous source, under the pseudonym Pete Williams, spreading allegations that Menendez had taken many personal trips to the Dominican Republic.

That information was probably false, but it prompted a deeper look at Menendez's connections to Salomon Melgen, the eye doctor who back in 2012 was in a billing dispute with Medicare.

Menendez helped arrange a meeting in the office of Harry M. Reid (D), who was Senate majority leader, and Kathleen Sebelius, who was secretary of health and human services, at the same time Menendez was running for reelection.

Melgen donated $700,000 to a super PAC that helped Menendez, who also regularly flew on Melgen's private jet to the doctor's Dominican resort.

Joe Hayden, a prominent New Jersey criminal defense attorney, believes that federal prosecutors will have to prove that Menendez knew he was acting illegally and not just doing senatorial duties of trying to help settle a Medicaid dispute.

"Whether there was a criminal or corrupt attempt," Hayden said. "Intent will be the biggest issue."

If Menendez is convicted, McConnell, now majority leader, could try to force an immediate expulsion vote and get an interim Republican senator - but it would breach recent bipartisan precedent. McConnell would need all 52 Republicans and 15 Democrats to vote to expel, a high hurdle given that Democrats know the value of a single vote, particularly this year.

"After a while, however, public pressure may build up to the point where senators feel forced to act," Ritchie, the historian, said.

By then, Democrats hope that Murphy will be in Drumthwacket, the New Jersey governor's mansion, preserving the Senate seat in their hands.