\ Too much power lies in tech companies' hands - Stephen Carter

Too much power lies in tech companies' hands 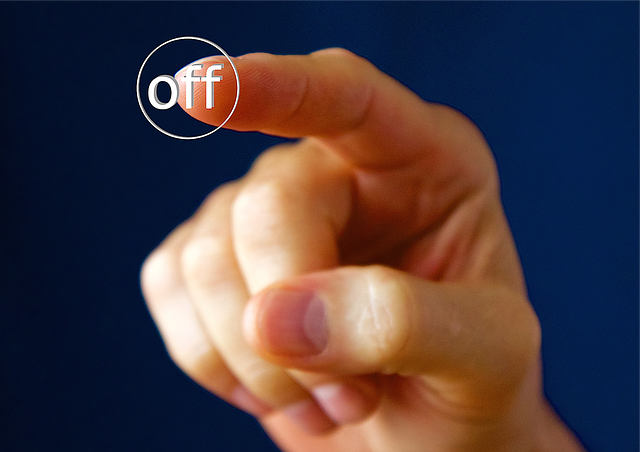 The Daily Stormer is finally off the internet. Well, the public internet anyway.

The hate-spewing white supremacist site lost its domain name registration when it was kicked off first GoDaddy and then Google for violating terms of its contracts. Activists had been trying for years to get the Stormer suspended. After the site's vicious post attacking Heather Heyer, the protester who was killed in Charlottesville, Virginia, the domain registrars decided they'd had enough. The site relaunched on a Russian server, but swiftly vanished from that host too.

Now the Stormer exists only with an anonymous .onion address on the Tor network. Good luck tracking it down.

Meanwhile, a Twitter campaign naming the companies that provide the Daily Stormer with various web services has deprived the site of web security, cloud computing and other technology. The fury of the techies, once aroused, is awesome to behold. Tech companies ranging from Airbnb to Reddit and Facebook have been purging other perceived supremacists from the ranks of their users.

The libertarian part of me ought to be fine with all of this. Apart from the most exceptional circumstances, such as invidious discrimination, a business should be free to contract with whom it pleases. And I will shed no tears for the Daily Stormer, which fully earned its expulsion from rational discourse. One might protest, correctly, that there is a lot of evil in the world, but history teaches that Nazis and white supremacists are a special case. When their views vanish, we will all be better off for it.

Yet I find myself troubled. For one thing, as tech columnist Will Oremus pointed out in Slate, the same companies currently being told that they should not serve all comers made essentially the opposite argument in their campaign during the previous administration to defeat the Stop Online Piracy Act.

Having now decided that they can indeed pick and choose customers, the tech companies will be ill-placed to reverse field should Congress once more try to crack down on them for hosting sites that make unlicensed use of intellectual property.

It's worrisome, moreover, that so many activists are cheering the demise of the Daily Stormer not on the narrow ground that white supremacy is a special case but on the more general ground that groups promoting "hatred" should have no place on the web.

Given the contemporary left's broad and wondrously flexible definition of the word "hate," the implications of that particular slogan (calling it an argument would be too charitable) are unsettling.

The triumphal tumult on social media naturally leads one to wonder which groups that progressives deem wrong on the issues might be the subject of the next banning campaign.

This leads to my largest concern. Libertarians tend to worry about concentrations of power in the hands of the state. There is no consensus about the danger of concentrations of power in private hands. But when the private hands in question control access to the principal media of communication in the world, one has to hesitate when they decide that not everyone should be granted entree. For the power they are exercising is almost state-like.

My concern is not with the neo-Nazis, who fully deserve both their opprobrium and their sudden internet obscurity. And there's nothing new in using the refusal to deal as a tool for enforcing social conformity. I'm old enough to remember signs in store windows barring boys whose hair was too long and women whose skirts were too short.

The problem is that unlike the social nonconformists of my youth, it's not as though those who are booted off the web can go shop across the street. When the gatekeepers of the internet turn on you, you're effectively done. That's an awful lot of power to place in a small number of hands.

Those who run tech companies are very smart, and the ones I know are all wonderful people. But by anointing them judges of who should be allowed to use the web, we place enormous trust in their moral perspicacity. It's no knock on the techies to ask whether anyone should wield that authority.

Matthew Prince, chief executive of Cloudflare, seemed to recognize the problem in an internal memorandum obtained by Gizmodo: "I woke up this morning in a bad mood and decided to kick them off the Internet. It was a decision I could make because I'm the CEO of a major Internet infrastructure company." He added that he was uneasy with his decision, and that the internet was better off if such companies as his remained "content neutral."

After all, to borrow from Salvor Hardin (whose many epigrams all geeks should know), "An atom-blaster is a good weapon, but it can point both ways."

I hope the tumult will die down, and that the bannings stop with the Daily Stormer and its kin, who regularly serve up hatred and vitriol in support of vicious ideologies that cost many millions of lives. I hope, in other words, that we will be able to draw reasonable lines. But where the exercise of the power to shut people up is concerned, that's rarely a safe bet.