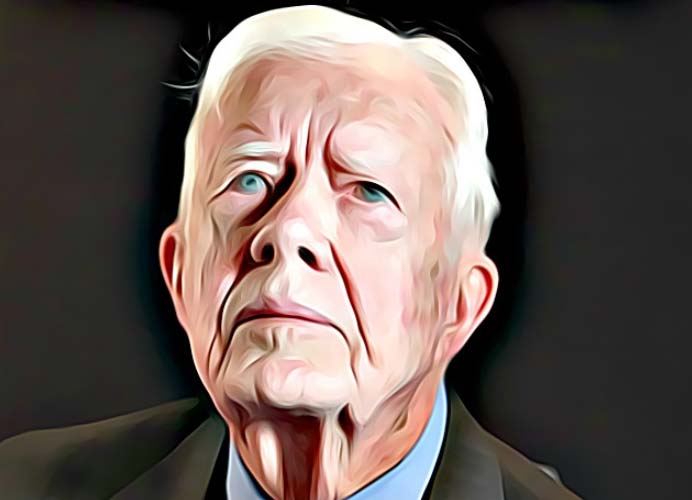 Susan Rice, national security advisor to President Barack Obama, recently said the United States could live with a nuclear regime in North Korea but failed to answer an important question. For how long?

After all, North Korean President Kim Jong Un, weird of appearance, weird of mind and downright murderous when it comes to eliminating fellow officials and relatives he does not trust, has said he just may wipe out America someday.

To kill time until he tried, a bullying, nuclear-endowed North Korea would likely sell nukes to Iran and anyone else evil enough to deploy them with glee. It would be slapping the face of those in its way and persuading threatened countries such as Japan and South Korea to make their own. Small but determined, it would be proliferating the chances of a nuclear holocaust.

Maybe that would not happen, of course, but the stakes are incredibly high. Rice was right about the likely catastrophe of a pre-emptive war - North Korea could kill literally millions in Seoul - and said other presidents had warned its leaders about going too far. But when it came to action even far short of war, it was a little bit of this or that, getting us to the scary place where we now reside.

The best example of this is how Jimmy Carter, as an ex-president, went to North Korea at a time when it was clearly working on nuclear weaponry and, contrary to an agreement with President Bill Clinton, worked out a deal.

Unlike what Clinton wanted, Carter said the Koreans could keep U.N. inspectors out and hang on to spent fuel rods useful for weaponry development. The Koreans promised to back off (and did not, of course) after Clinton grudgingly went along, easing up on a military buildup and dropping an effort to get U.N. sanctions.

In his book, "The Real Jimmy Carter," Steven Hayward says that North Korea's president at the time, Kim Il Sung, died shortly afterwards and that the joke in the State Department and White House is that he laughed himself to death.

There was less laughter when Trump talked maybe too flamboyantly about fire and fury. Kim immediately responded by saying he'd send missiles 2,000 miles to the waters just outside the U.S. territory of Guam. The threat's gone now, maybe because the capacity was never there in the first place, but what does Kim do about the U.N. Security Council resolution backed by China and Russia?

Here's this poor country with a GDP equivalent of roughly $12 billion, its people are going hungry to finance the packaging of death for delivery to millions and a billion of that is about to be ripped away. Minus surcease of all the missile testing and more, the resolution would halt exports of seafood, coal, iron, iron ore, lead and lead ore. China is going along, and although past U.N. sanctions have done next to nothing, this will do something.

It is unlikely be enough, of course, and the question is whether China will do still more. This is one power North Korea has to respect because of its political influence, its incredible might as a next-door neighbor and the fact that its trade is what keeps the country alive.

If there's a peaceful way to denuclearize North Korea - all that our able policy chiefs want - it's China. One issue is whether it's agreeable to working out a strategy with us or if we'll riskily continue to pressure it through economic moves, such as right now getting on its case about stealing our intellectual property.

China has something to lose if it dives in big time, but it has a lot more to lose if we do get to a war saying no, no, no, we will not tolerate a nuclear North Korea.

With those like Rice and Carter on the sidelines, we'll maybe get a solution.