Obsession with filming life --- and even a death. Where will it all end? 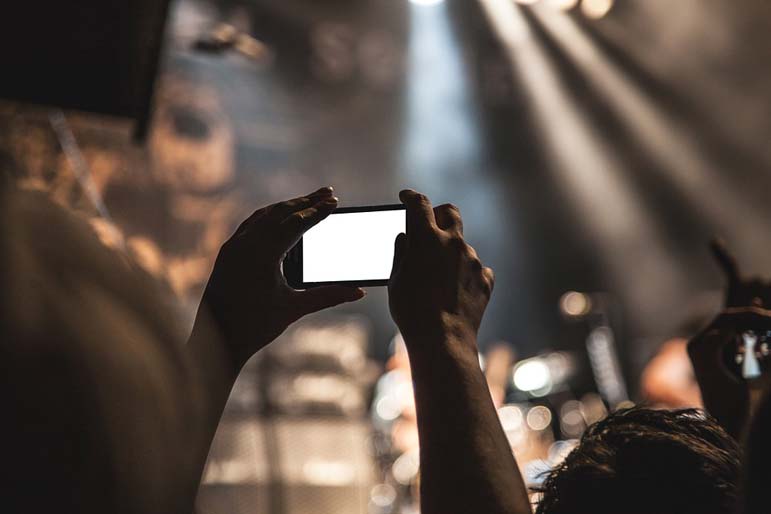 But what the rest of us grapple with - at least those who worry for the future of our children - is how a teen faced with the worst thing imaginable, thinks first of talking into her cell phone and making sure it's all being recorded.

Sanchez, who'd been filming herself driving while rap music played over the car speakers - at times she is seen singing along and taking her grip off the wheel to make hand signs - told a live Instagram audience after the crash, "I f---ing killed my sister, OK. I know I'm going to jail for life, all right."

She said this just a short distance from her sister's body. The ability to think that clearly about her consequence yet be so confused about her priorities is stunning.

But it's hardly new. Earlier this month, a group of 14- to 16-year-old teens laughed and mocked a disabled man drowning in a Florida pond - all the while filming it on a phone.

Which used to be a reason to carry a cell phone.

Not anymore. Our phones seem to increasingly exist as a way to let the cyberworld view what we're doing every minute, perpetuating the warped idea that every breath we take is film-worthy.

Our self-fascination is endless. Last week, I was on an airplane, and through the space between the seats in front of me, I noticed a young woman holding up her phone and flipping the camera so she could see herself. She then fluffed her hair repeatedly, made sultry faces, and snapped away - for at least 20 minutes. On an airplane? Who exactly was that for? Someone later? Or - maybe more disturbing - just herself?

NO SHAME IN FRONT OF CYBER AUDIENCE

A few months earlier, four Chicago 18-year-olds were seen beating and torturing a special needs man while streaming it on Facebook. You can watch them cutting his head with a knife, laughing and yelling "F--- white people" and "F--- Donald Trump" and turning the cameras on themselves.

There seems to be no shame - perhaps not even awareness - in committing awful acts before a cyber audience. Maybe an audience is the point. Maybe we've truly reached that cynical sentence from the movie "To Die For", in which attention-obsessed Nicole Kidman says, "What's the point of doing anything worthwhile if nobody's watching?"

Even the most intimate kind of moment, saying farewell to a loved one, this teenager did with one hand on her phone.

She eventually turns the lens back on herself.

Babies have always been fascinated with their mirror images. Opportunistic programmers have now created apps that allow infants to easily snap selfies.

So it begins. And so it sometimes ends. Fourteen-year old Jacqueline Sanchez Estrada, the subject of her sister's video and victim of her crash, was about to celebrate her Quinceanera, a tradition that marks a girl's transition into adulthood.

She never made it. You wonder, in our immature, self-obsessed world, how many of our children will.