When rulers despise the ruled 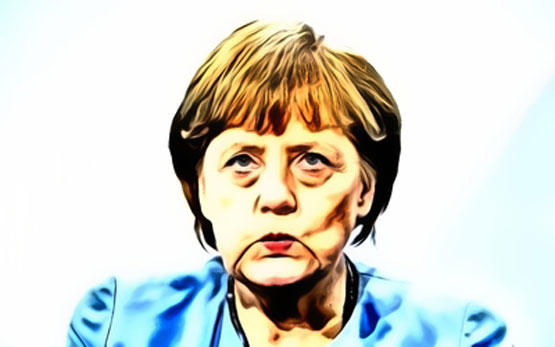 Global elites, Peggy Noonan notes, no longer seem to care about their countrymen. They've cashed out into a separate world, where consequences don't apply to them, and where loyalty to other members of the global elite outweighs such petty concerns as patriotism or loyalty to one's fellow-citizens.

Writing in the Wall Street Journal, Noonan notes the case of Germany's Chancellor, Angela Merkel. Without consulting the populace, Merkel opened up Germany to 800,000 refugees from the Middle East. More than a million wound up coming, and the tide hasn't ebbed yet.

Ordinary Germans, who weren't consulted in advance, are now dealing with the consequences: Increased crime, political divisions, a wave of rapes and sexual assaults by migrants (which the authorities covered up for political reasons) and numerous other downsides that Merkel and her associates won't have to deal with. As Noonan writes:

But there was a fundamental problem with the decision that you can see rippling now throughout the West. Ms. Merkel had put the entire burden of a huge cultural change not on herself and those like her but on regular people who live closer to the edge, who do not have the resources to meet the burden, who have no particular protection or money or connections. Ms. Merkel, her cabinet and government, the media and cultural apparatus that lauded her decision were not in the least affected by it and likely never would be.

Nothing in their lives will get worse. The challenge of integrating different cultures, negotiating daily tensions, dealing with crime and extremism and fearfulness on the street - that was put on those with comparatively little, whom I've called the unprotected. They were left to struggle, not gradually and over the years but suddenly and in an air of ongoing crisis that shows no signs of ending - because nobody cares about them enough to stop it.

The powerful show no particular sign of worrying about any of this. When the working and middle class pushed back in shocked indignation, the people on top called them "xenophobic," "narrow-minded," "racist." The detached, who made the decisions and bore none of the costs, got to be called "humanist," "compassionate," and "hero of human rights."

Germany is, alas, just one such example. In the United States, Noonan notes, Syrian refugees are being placed in the poorest communities - not the rich suburbs in northern Virginia or Maryland where the powerful people who run the government live, but in communities already facing problems that they're barely dealing with.

It's like The Hunger Games: the Capital City, and its hangers-on, flourish, while the provinces starve.

Outside of politics, it's not much better. Joel Kotkin writes that today's tech oligarchs are worse than the old-timey robber barons. Jay Gould and Commodore Vanderbilt may have been robber barons, but they left us with railroads and steel mills. Today's oligarchs give us Facebook and Twitter. And, as often as not, hire foreign workers under abusive H1B visa arrangements.

And it's not just that social media don't produce the kind of economic development that railroads and steel mills do - social media also allow the oligarchs to exercise powerful sway over politics. Not long ago, people were asking if Facebook could swing an election. Now we hear that Apple, Twitter, Google and Instagram are colluding to boost Hillary Clinton and beat Donald Trump. The old robber barons had political clout, but they had nothing like the control over society's conversations that today's Silicon Valley tech lords have.


Merkel is falling in the polls, as Germans realize what she's done to them. And around the world we see the rise of Trump-like populist campaigns, appealing to citizens who feel that their rulers despise them. As Noonan concludes, "From what I've seen of those in power throughout business and politics now, the people of your country are not your countrymen, they're aliens whose bizarre emotions you must attempt occasionally to anticipate and manage."

If the rulers feel neither loyalty nor empathy toward the ruled, the ruled can be expected to return the favor. The results, unless the rulers change their ways in a hurry, are unlikely to be pretty.