Are they both trying to lose the White House? 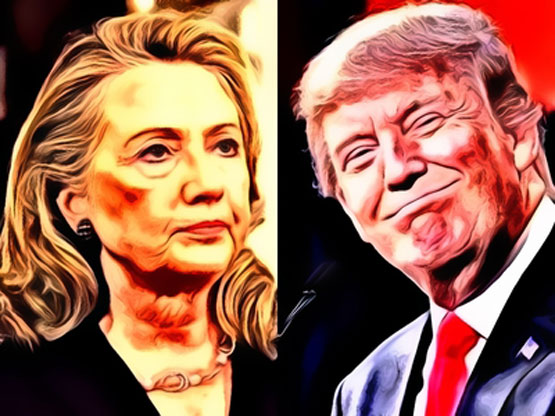 After the second game of the 1919 World Series, where the Chicago White Sox threw games in the infamous "Black Sox" scandal, sports writer Ring Lardner walked into the White Sox dressing room derisively singing, "I'm forever blowing ballgames." Watching them give less than their all on the field, he had concluded that rumors about the series being fixed were true.

I've kind of felt the same way watching Hillary Clinton and Donald Trump run for president. Each campaign is making the kind of unforced errors that, if you saw a ballplayer making them on the field, would lead you to conclude that the fix is in.

Last week, of course, Trump blew his post-convention bounce with negative comments about Muslim Gold Star parents who spoke at the Democratic convention. By scheduling them to speak, the Democrats set a trap that Trump stepped into with both feet. The news media (predictably pro-Clinton) gleefully jumped on the story, really high-level trolling, and the result was a major Trump slump in the polls.

But now it's Clinton's turn.

At Monday's rally in Kissimmee, Fla., just south of Orlando - scene of a mass shooting by Islamic terrorist Omar Mateen - seated prominently behind Clinton was none other than ... Mateen's father, Seddique Mateen. As The Washington Post reports, "For 25 minutes, Mateen sat right behind the Democratic nominee for president as she remembered the victims of the Pulse nightclub shooting and laid out her policies." Seddique Mateen, far left at bottom, takes a photograph

Well, it's not like Seddique Mateen was the shooter. As Josh Marshall noted on Twitter, we don't execute parents of terrorists. On the other hand, just imagine the media reaction if, say, Trump had spoken at a rally with the parents of white-supremacist shooter Dylann Roof seated behind him. Why should this be different?

And while Seddique Mateen didn't kill anybody, he's kind of a weird guy for a candidate to associate with. Though he has condemned what his son did as an act of a terrorist, he also has praised the Taliban and claimed to be president of Afghanistan, has condemned homosexuality and even said that Pulse, the gay nightclub where his son gunned down 49 people, was partly to blame for the shootings. And yet, there he was, sitting behind Clinton and clearly visible to TV cameras.

There are two possibilities here. One is that Clinton's campaign staffers were, to coin a phrase, "extremely careless" in whom they let on the risers behind her while she spoke. That's basically the campaign's story: They say that it was an open rally for Democrats, and that anyone could show up. (Mateen is a Democrat who has endorsed Clinton.) So they just didn't know. "The rally was a 3,000-person, open-door event for the public," said the campaign. "This individual wasn't invited as a guest, and the campaign was unaware of his attendance until after the event."

This is hard to believe. Campaign events are tightly scripted - the parts that show on TV even more so. That just anyone who wandered up might be seated right behind the candidate where whatever they did would be on TV is unlikely.


The other possibility is that they knew and were OK with it. As the "Hillary PR Team" Twitter parody account said, "Seddique Mateen is just one of the many Americans who have lost a loved one to police violence and realize Hillary will stand up for them."

Well, maybe. But what other message could they have wanted to send? Nothing that they want to stand by now, I guess, since they're claiming they didn't know he was there.

It's hard to imagine a well-oiled machine of a campaign, as Clinton's is supposed to be, making this kind of a mistake. So what gives? Does anybody want to win this thing?