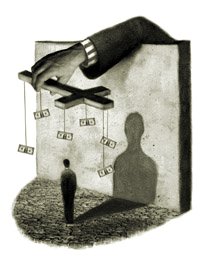 Welfare reform may be the last great bipartisan success story. It was enacted in 1996 by a Republican Congress led by Newt Gingrich and by Democratic President Bill Clinton in response to decades of public frustration with the U.S. system of aid to the poor. At the time, the law had liberal enemies, some of whom resigned from Clinton's administration in protest of his signing it.

Those enemies have grown in number in recent years. In part that's because the Democratic Party has moved leftward generally and decided that past compromises can now be revisited. Liberals have also grown more and more convinced over time that welfare reform was a material disaster for the poorest among us and therefore a moral disaster for the nation as a whole. For their side, many conservatives have pronounced the system a failure as well, claiming that its safety-net features have done little to affect poverty rates.

The good news is that claims on both sides are almost certainly wrong. Scott Winship, a careful researcher at the conservative Manhattan Institute, has a new report arguing that welfare reform deserves to be remembered fondly. It imposed work requirements on many welfare recipients and gave states more flexibility in how they spent welfare funds. Winship concludes that child poverty has fallen since its enactment and is now at an all-time low. He finds similar trends for households in "deep poverty," defined as having less than half the income that puts you at the poverty line.

His most provocative claim concerns "extreme poverty," defined as having less than $2 a day to live on. A 2015 book by sociologists Kathryn Edin and Luke Schaefer reinforced liberal opinion against welfare reform by arguing that it had led to a sharp increase in the percentage of children living in such a condition. Not only does Winship provide data denying that this increase has occurred: He finds that practically no children in the U.S. live in such extreme poverty, or did so at the time welfare was reformed.

The Census Bureau's official measurements, it is true, show only modest improvement in child poverty since 1996. Winship argues that a more accurate measure of trends should take account of non-cash benefits that poor households receive, such as food stamps. We should also place some economic value on these households' health-care benefits. He makes a strong case that the inflation measures of the Congressional Budget Office and the Federal Reserve are superior to the one used by the Census Bureau. Because the Census Bureau overstates inflation, it understates improvements in poor people's purchasing power.

When he adjusts the data in these and other ways, Winship finds that 13.1 percent of children lived in poverty in 1996 while 7.8 percent did in 2014 (the most recent year with available data).

The families that Edin and Schaefer profiled are living in harrowing conditions, as Winship acknowledges. But he provides evidence that very few households have to get by on less than $2 a day. It's a situation so rare as to make it impossible to determine reliably whether it has grown more or less prevalent, let alone whether welfare reform caused whatever change occurred.

Winship notes that the deep-poverty trends -- again, that's for households at half the poverty line -- improved more for children of single mothers than for other groups. Since welfare reform disproportionately affected children in single-mother households, that pattern adds to the evidence that the law did not cause deep poverty to rise -- and makes it less plausible that welfare reform caused extreme poverty to rise.

While the paper undermines the liberal conventional wisdom on welfare, it also casts doubt on some conservative talking points. Many on the right like to say that we had a war on poverty, and poverty won. Winship's data suggests that poverty would have been significantly worse without the safety net. Winship also stresses that welfare reform was enacted alongside an expansion of the earned-income tax credit, which made work pay more for many households.

There is certainly room to argue that we should be doing more to fight poverty in America and doing a better job of allocating public resources. But Winship's paper makes a powerful argument that to do so, we should build on the success of welfare reform rather than try to reverse it.