If Hillary had a news conference, here's what she should be asked 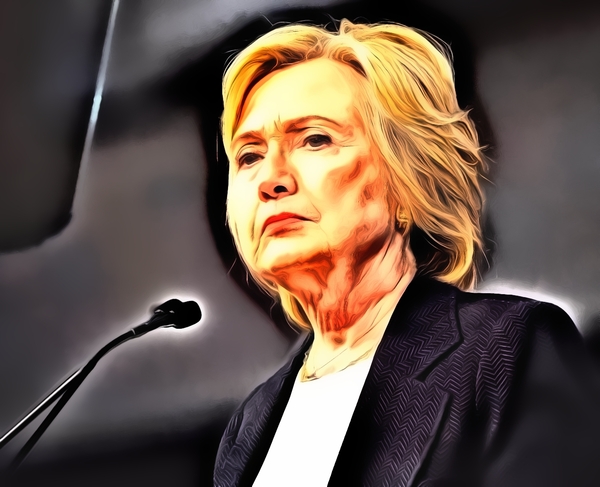 One might have hoped that out of 324 million Americans, the last two major-party candidates for the presidency would be at least of modest intelligence and capable of making a coherent case for their own election.

Instead we have a pair focused on deriding the other candidate with name-calling and accusations of bigotry and extremism. A majority of Americans distrust both and have a choice of the least-worst.

Political columnist Andrew Malcolm The Republican and Democrat draw praise for such ordinary achievements as reading a speech largely as written and not falling down en route to the dais.

Foreign affairs - remember them? - have not been a major focus of discussion yet.

With 10 weeks to Election Day and barely three until voting begins, we should be moving out of the "yes, you are; no, I'm not" post-convention stage into, at least, some substantive talk.

Sure, the economy and jobs have been atop American concerns since the Chicagoan took office, blamed President George W. Bush and promised hundreds of thousands of NEW jobs every month, not just restored old ones.

Bush has been gone for 397 weeks now and we're still waiting on those shovel-ready jobs from the summer of 2010. Last week's GDP numbers indicate that the slowest economic recovery since World War II is - wait for it - slowing even more.

Counterintuitively, the Fed hints at interest-rate hikes next month, not what a candidate running for a third consecutive Democratic term wants to hear.

So it's a disquieting time even without WikiLeaks' promise of new revelations, the release of 15,000 restored Hillary Clinton emails and whatever surprise Russian President Vladimir Putin and, God forbid, some lone wolf might cook up.

Foreign affairs - remember them? - have not been a major focus of discussion yet.

Clinton should be trying to extricate herself from the rubble of President Barack Obama's foreign policies. Understandably, Clinton's dodging news conferences, because that would distract from Donald Trump's antics and she'd be asked:

• Violently ousting Libyan leader Moammar Gadhafi was a plan you pressed as secretary of state. Was that really a good idea and example for Iran? He'd given up his nuclear weapons program as requested. Now Libya lives in lawless chaos with feuding terrorist clans.

• You heartily supported the hasty withdrawal of all U.S. forces from Iraq in 2011. Was that really a good idea given the rise of the Islamic State in the vacuum? How do you feel about hundreds of thousands of Iranian troops taking their place?

• Would you repeat Obama's $400 million hostage ransom deal? How would you patch the wobbly nuclear pact with Iran, given its continued support of global terrorism, seizing of Americans and attempted maritime intimidation of U.S. ships, four times just last week?

• North Korea expands its nuclear weapons program again, now claiming it can deliver warheads to the mainland United States. . . . Maybe true. Maybe not. What would you do?

• And China's militarization of the South China Sea?

• Now, about ISIS: This talk by you and Trump of an Arab force crushing the terrorists with no (more) U.S. boots on the ground seems rather farfetched. How exactly would that work, since it hasn't so far? And if it doesn't, ISIS can continue to foment attacks in Europe and here?

That's what Clinton would be asked if Trump didn't attract so much attention with his indecipherable verbal acrobatics. He campaigns where he doesn't need to (Mississippi) and holds rallies in places hopeless for Republicans (Connecticut and Washington) - as he sags in polls and boasts of meaningless crowd sizes.

Like we said, a disquieting time for the nation - and far beyond normal election uncertainty. Andrew Malcolm
McClatchy Washington Bureau
(TNS)