If Trump and Clinton both hate them, can the media be all bad? 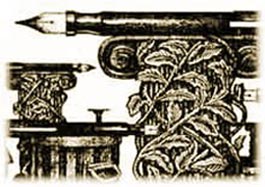 In the early hours of D-Day 1944, the Allies landed 156,000 troops on the beaches of France, spelling doom for the Third Reich. In Berlin, 756 miles away, night-owl Adolf Hitler slept peacefully through the largest invasion in history. No aide dared awaken the boss with such bad news.

Being a messenger can indeed be unpopular, even dangerous. Ask any member of the modern-day political media covering a most bizarre presidential race. Neither side, nor much of the audience, likes or helps the battered fourth estate do its prescribed constitutional job of political-information purveyor.

Hillary Clinton grants very little access to the press pack covering her, even prohibits cameras filming her boarding the private jet she prefers over a campaign charter.

Donald Trump uses media denunciations as regular speech applause lines, calling some reporters names, mocking their handicap or their questions. He's even banned certain news organizations from rallies, a counterproductive move for a billionaire who boasts of running a campaign largely on free media.

A half-century ago, criticism of the media focused on its penchant for bad news. Hence, Vice President Spiro Agnew's resonant line about "nattering nabobs of negativism."

At times I've described media bias to intelligent liberal friends. They don't see it. They can't see it. It's like asking a fish what water tastes like.

To be honest, that is pretty much the definition of news; few would read or watch coverage of 150,000 safe airplane landings each day. Neighbors don't gossip about the loving couple with two perfect children who make their mortgage payments on time.

Today is different. The Internet created countless competitors for traditional media and countless forums for news consumers to compare reports and share perceived biases. Suspicion of media is rife and rampant.

My experience has taught that media has a built-in bias, less through what it does cover than what it does not cover. Clinton, for instance, escaped much 24/7 exposure over Benghazi because the media tired of it. You won't hear much about the nation's ongoing homeless crisis until several months into the next Republican administration, when editors think to examine it.

Chris Stirewalt of Fox News nailed it the other day, in my opinion:

"The media slants left. It's not because of a conspiracy, but rather accidents of demography and career choices. Reporters don't become liberal because of what they do, but rather it's that the people who become reporters tend to be from subcultures that see the world from the left."

Many years ago, journalists were attracted to the profession by the excitement of chasing and telling a story. Now, it seems, there's more interest in righting a perceived wrong, fixing a part of society, a liberal proclivity.

At times I've described media bias to intelligent liberal friends. They don't see it. They can't see it. It's like asking a fish what water tastes like. That environment is all it's ever known.

And journalism since Watergate's dramatic covert coverage has more often rewarded activist writing with fame and even some fortune.

In fairness, politicians also use media to keep their side united against a common enemy, Them. In this sense, Clinton and Trump campaigns are the same except her staff members largely keep their media hostility to themselves.

Trump et al flout their news confrontations, including physical measures. In recent remarks Trump lumps in media as part of the rigged election process he's formulating to explain his potential loss, since such an event could never be his fault.

Trump is indeed a master media manipulator, thanks in large part to his show biz experience. Actor Ronald Reagan also knew how to play to the camera.

Truth is, distaste for media is always latent in an American psyche that generally disdains authority.

In the primaries Trump skillfully created his own news to drown out competition. He's trying the same now with just one major opponent.

But inexplicably the Republican nominee's manipulations more often help Democrat Clinton by drowning out her negative news while embroiling Trump in distracting controversies that damage what should be his efforts at broadening his support.

Truth is, distaste for media is always latent in an American psyche that generally disdains authority.

My first New York Times assignment included answering newsroom phones. Early one spring morning in 1968, I took a call from a woman with a story tip. A big one, she said. But she was uncertain she could trust me until I pointed out she'd called me.

Cautiously, the woman relented. "You know the John F. Kennedy aircraft carrier?" Yes, I said, it was launched the previous year.

I confessed ignorance on the exact location of the 82,000-ton ship. "See?" she said. "A brand-new aircraft carrier just disappears and your newspaper doesn't care!"

I tried to explain that simply because a Times news assistant was unaware of the ship's location, didn't mean the craft had actually disappeared.

The woman grew angrier at my skepticism. "You, you medias," she screamed and hung up.

In case that caller reads this, the carrier known as "Big John" was on Mediterranean patrol at that time. Today, after a 40-year tour of duty she rides gently, decommissioned, in the Philadelphia harbor.