Why terrorists' names and faces should be published 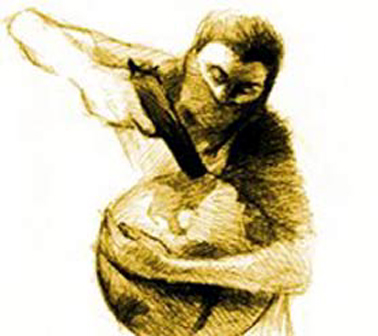 Major media outlets in France have recently decided not to publish the names and faces of terrorists so as not to glorify them and encourage copycats. On the surface, this might seem like reasonable self-imposed discretion in the interests of national security. But it's actually self-censorship -- and it's dangerous. It reflects a subtly mistaken conception of why jihadis are prepared to die for their cause, and it risks dehumanizing an enemy that is dangerous precisely because its adherents are humans with identifiable motives.

The French daily Le Monde, the Catholic newspaper La Croix and a French affiliate of CNN called BFM-TV expressly connected their decisions to the recent spate of attacks in France. Le Monde said the goal was to prevent "posthumous glorification" of the terrorists.

The core idea seems to be that terrorists are publicity seekers. According to this theory, they want their names and faces to appear in the news media after their deaths, thus giving meaning to their actions and perhaps inspiring others. One U.S.-based commentator has even argued that there's a scientific basis for the decision, because mirror neurons that enable empathy are triggered by faces. Denying access to terrorists' faces is therefore supposed to stop would-be terrorists from feeling empathy with those who have already taken action.

If the French media are actually trying to reduce future instances of terrorism, that's a laudable goal -- but they're barking up the wrong tree by withholding names and faces. The news media should be particularly careful when they're trying to deny the public access to important aspects of a major national and international story. An instinct or symbolic gesture are not reason enough. A strong argument is required.

The notion that denying posthumous glorification will reduce terrorism is based on a confused and confusing view of contemporary jihadis. What attracts some young Muslims, mostly men, to martyrdom is precisely the desire to subsume their identities into a greater, divinely inspired cause -- that of the Muslim ummah, or community, as a whole.

It's true that today's Western-raised Muslim terrorists have often felt marginalized and irrelevant in the societies where they live. But unlike young people who might seek to overcome irrelevance by becoming celebrities, the jihadis are embracing anonymity through loyalty to a broader cause. There is little evidence that they imagine their individual names will live on after them.

The jihadis certainly do want to be agents of their fate, not passive subjects. But they intend to affect the course of world history by sacrificing their individual selves and lives "in the path of God," as the Arabic phrase goes.

The crucial point is that Western observers, including the French media, keep wanting to impose a contemporary Facebook-style cultural framework on the terrorists' actions. Western consumerist society is suffused with the desire to be famous and recognized.

It's a cardinal error to think that jihadis share that goal. The posthumous glory they seek comes from G0D, and from the knowledge that they've given their lives for something greater than they are.

And it's dangerous to imagine that your enemy is motivated by the same things you are. Specifically, it will be more difficult to prevent future jihadism if we think that all we need to do is block martyrs from becoming celebrities.

There's a second problem with the French media's self-censorship: It dehumanizes the jihadi enemy. Why, after all, does the media publish names and pictures of criminals in the first place? It's not absolutely essential that the public or even policy makers know the individual details in every story.

The reason is human interest: We pay more attention to a story if we know it's about a specific human being with a face and a name.

Refiguring jihadis as faceless masses would be a serious mistake, both tactically and morally. It's appealing to pretend that killers don't have individuality, and that they don't grow up among ordinary peaceful citizens. But it's false.

Imagine coverage of the Boston Marathon bombing if we didn't know the names or faces of the Tsarnaev brothers. That would have discouraged us from trying to understand their struggles with immigration -- or the highly normalized teenage years of the younger brother, Dzokhar.

Knowing that the enemy is human is also necessary to fighting ethically. It's important to remember that visually and demographically, Western-raised jihadis are not much different from their peaceful peers, Muslim and non-Muslim. The hard work of figuring out who is a threat before an attack without discrimination requires keeping in mind the particularity of jihadis who resort to violence.

The no-faces, no-names rule isn't being adopted by all the French media. That's a good thing, as it allows an experiment to see whether it has any effect on violence. I predict there won't be. Then the media can go back to doing what it does best: reporting the news, not censoring it.