Jeb Bush and the dangers of refighting the Iraq war 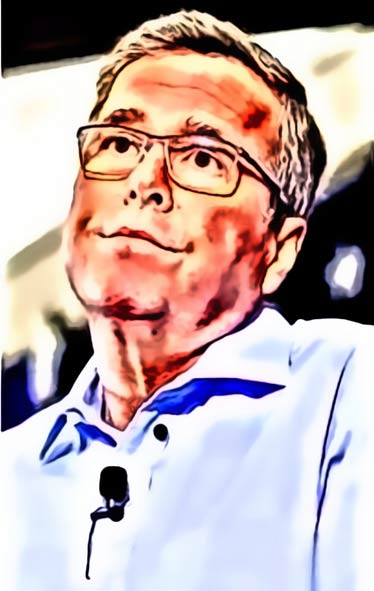 Jeb Bush based his first major foreign policy address, delivered last week at the Reagan Library, on the classic Republican interpretation of the war in Iraq.

Yes, mistakes were made at the beginning, Bush conceded, but what really matters is that the surge succeeded in 2007-2008 and that President George W. Bush handed over a peaceful Iraq to Barack Obama and Hillary Clinton the next year. Then Obama and Clinton screwed it all up.

"No leader or policymaker involved will claim to have gotten everything right in the region, Iraq especially," Bush began, in one of the leading understatements of the campaign so far. But in spite of "failures of intelligence and military setbacks" in Iraq, Bush continued, "one moment stands out ... as the turning point we had all been waiting for." That was the "brilliant, heroic" surge, which "turned events toward victory."

The Iraq War was won. Then came Obama and Clinton, and events turned toward disaster. Their "premature withdrawal" of U.S. troops from Iraq was a "fatal error" that allowed the Islamic State and Iran to move in and fill the void. Now, all hell has broken loose.

The bumper-sticker version of Bush's interpretation is: "IRAQ? BLAME THE DEMOCRATS." A lot of Republicans believe that. But it is difficult to think the public will go along if Iraq becomes a major issue in the 2016 campaign.

Yes, the surge was a great success. But no matter how much they want to celebrate it, Republicans have learned: You don't score a lot of points for fixing something you messed up in the first place.

The doctor who saves a patient through heroic means after nearly causing his death through a horrific mistake is unlikely to receive praise and acclaim for saving the patient's life. That's especially true if the patient will require years of care to recover from the incident.

To press the analogy a bit, say another doctor comes in and decides that long-term care is no longer necessary. He stops it, and the patient again sinks into crisis. Who is to blame then? Most people would probably say both, but the second doctor's error is in failing to deal with the damage done by the first doctor. The bottom line is that "IRAQ? BLAME THE DEMOCRATS" won't work.

And yet that is the case Jeb Bush attempted to make at the Reagan Library. Then, two days later, Bush doubled down during a national-security forum in Davenport, Iowa, insisting that "taking out Saddam Hussein turned out to be a pretty good deal" and that post-surge Iraq was "fragile but secure."

That Bush even chose to focus a much-ballyhooed foreign policy address on Iraq is notable. In fact, the two most memorable foreign policy moments of the Bush campaign were both about his brother's war -- the Reagan Library speech and his painful inability to say whether he would have invaded Iraq, knowing what he knows now.

"I think Iraq is a much bigger problem for Bush than for other candidates, and Bush's team seems to recognize that," says a strategist for a rival Republican campaign. "He could have given a speech about China or Russia or some other hot spot -- but the first speech was revisiting the decisions made by his brother in Iraq."

"I think it's the wrong decision by Jeb to go and re-litigate the Iraq War," rival Chris Christie told radio host Laura Ingraham recently. "It makes no sense for us as a party. We know what the answer to that question is; we should just move on to the other issues that are of real concern.

"Common sense will tell you that this is not a fight we want to have again," Christie said.

Of course, that's easier for Christie and other Bush opponents than for Bush himself. Christie entered the national political conversation in 2009, Marco Rubio and Scott Walker in 2010, Ted Cruz in 2012. Most of Bush's rivals came to high office after the Iraq War decisions had been argued and re-argued. They can treat Iraq and the Islamic State as an issue to address going forward -- not looking backward.

None of this is particularly fair to Jeb Bush, who did not invade Iraq. But because of his family, Bush seems somehow driven to re-argue the war.

"If Jeb Bush is the nominee, that allows Hillary Clinton to turn this conversation into the Bush foreign policy versus the Clinton foreign policy," Ingraham said in that interview with Christie. "I don't think that's going to be a winning dialogue for the Republicans."