The Jewish turn to the Right 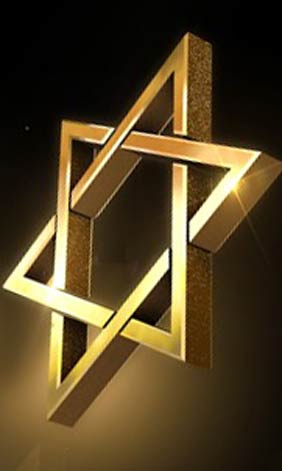 Jews have historically been leftists, over the last century consistently voting for left-leaning, liberal parties in Canada, the U.S. and Europe in higher proportion than any other religious group. Those liberal, left-leaning Jews are about to experience a political sea change as they turn massively to the right.

The West's political parties will also feel the effects — not directly at the ballot box, where the Jewish vote is generally too small to decide an election but indirectly, in their coffers, where the Jewish tilt in campaign giving has often meant the difference between victory and defeat. As one example, the U.S. Democratic Party typically receives between half and two-thirds of its funding from Jews, the Republican Party more like a quarter.

The sea change will stem from the rise of anti-Semitism, which has always motivated Jews to action. A century ago, Jews flocked to the Communist ideal, believing that a world government in which all were equal would protect them from being seen by their fellow countrymen as an ethnic other.

But now it is the left that has become the standard-bearer for anti-Semitism, with liberals seen as winking at if not encouraging a hateful atmosphere toward Jews. On campuses, this is seen in the boycott movement against Israel and discrimination against Jewish students as well as faculty members, who are increasingly harassed, assaulted and intimidated. At UCLA and Stanford, Jews running for office faced accusations that their "strong Jewish identity" made them unfit to run for student government. According to a 2013-14 survey by the Louis D. Brandeis Center in Washington, "more than half of Jewish American college students [have] personally experienced or witnessed anti-Semitism." Jewish parents, most of whom aspire to send their children to top schools, virtually all of which are left-leaning, are understandably concerned.

America's Jews are also understandably concerned at the Democratic Party's increasingly anti-Israel positions, and the nature of Obama's attack on American Jews who question his Iran deal. America's liberal Jewish press and liberal Jewish leaders protest that "Obama is using a dog whistle. He is hinting broadly at anti-Semitic conceits — like dual loyalties, moneyed interests, Jewish lobby." They have characterized such attacks as "Jew-baiting," "blatant and retrograde forms of racial and ethnic prejudice," as stereotyping Jews as warmongers and of raising the "crock of dual loyalty." A New York Post editorial, entitled "The anti-Semitic drive to silence Schumer on Iran deal," listed attacks by Daily Kos, The New York Times, MoveOn and other paragons of the left wing establishment on Democratic Senator Chuck Schumer, a Jew who opposes the Iran deal.

The Jewish shift away from the Democratic party, in fact, may have already begun. According to a Pew Forum analysis of presidential votes, the Jewish vote for Obama dropped nine percentage points in the 2012 election, and Jewish funding may have dropped even more — an earlier poll found that only 64 per cent of Jews who had donated to Obama's 2008 campaign planned to support him again. Given the increasing influence and vociferousness of the anti-Israel left in the Democratic Party, Jewish support for Democrats is likely to drop further and further in subsequent election cycles, until this era's anti-Semitism runs its course.

In the U.K., the plot lines are similar. An article in the Independent prior to the last general election in May entitled "Labour funding crisis: Jewish donors drop 'toxic' Ed Miliband" explained how lifelong "Jewish backers are deserting the party in droves over what community leaders perceive to be a new, aggressive pro-Palestine policy." What was expected to be a close election between Millband's Labour Party and David Cameron's Conservatives turned into a rout, with the Conservative Party winning a majority government, its first in more than a decade. The Jews' abandonment of the Labour Party will only accelerate with the expected election of Miliband's successor, Jeremy Corbyn, who has praised Hezbollah and Hamas, supported a radical Islamist visiting the U.K., defended a conspiracy theorist who blamed Jews for the attacks of 9/11, and is associated with Holocaust deniers. Former Labour leader and three-time prime minister Tony Blair, a major past beneficiary of Jewish support, predicts Corbyn's leadership could lead to the "annihilation" of the Labour Party.

Canada, where until 2000 the Liberal Party had a lock on Jewish support, provides a longer-lived example of how Jews react when they perceive their government to tolerate, if not encourage, anti-Semitism.

After the Liberal government in 2001 decided to participate in Durban, the overtly anti-Semitic UN conference on racism, after the Liberal government in 2002 decided to allow Hezbollah to fundraise in Canada and Liberal Prime Minister Jean Chretien gave a speech in Lebanon with Hezbollah leader Hassan Nasrallah honoured with a front row seat, and after Israel's Benjamin Netanyahu in 2002 was prevented from speaking at Montreal's Concordia University amid a violent, anti-Semitic melee, Jewish support for Liberals began to evaporate. The Liberal government — once seen as Canada's "natural governing party" — soon lost its majority, then lost the 2006 election to Stephen Harper's Conservatives, who have been in power ever since.

Lawrence Solomon is a fellow of the Canadian Institute of Jewish Research.