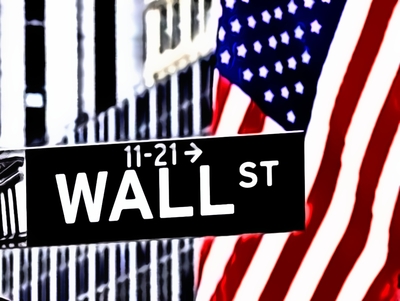 Nassim Nicholas Taleb, a Lebanese-American essayist, scholar, statistician, and risk analyst, whose work focuses on problems of randomness, probability, and uncertainty, recently tweeted: "The free-market system lets you notice the flaws and hides its benefits. All other systems hide the flaws and show the benefits."

This drew a response: "The most valuable property of the price mechanism is as a reliable mechanism for delivering bad news." These two statements explain a lot about why socialist systems fail pretty much everywhere but get pretty good press, while capitalism has delivered truly astounding results but is constantly besieged by detractors.

It is simple really: When the "Great Leader" builds a new stadium, everyone sees the construction. Nobody sees the more worthwhile projects that didn't get done instead because the capital was diverted, through taxation, from less visible but possibly more worthwhile ventures — a thousand tailor shops, bakeries or physician offices.

At the same time, markets deliver the bad news whether you want to hear it or not, but delivering the bad news is not a sign of failure, it is a characteristic of systems that work. When you stub your toe, the neurons in between your foot and your head don't try to figure out ways not to send the news to your brain. If they did, you'd trip a lot more often.

Likewise, in a market, bad decisions show up pretty rapidly: Build a car that nobody wants, and you're stuck with a bunch of expensive unsold cars; invest in new technologies that don't work, and you lose a lot of money and have nothing to show for it. These painful consequences mean that people are pretty careful in their investments, at least so long as they're investing their own money.

Bureaucrats in government do the opposite, trying to keep their bosses from discovering their mistakes.

Both ways, the prices tell people things that they need to know, without any direct communication required. This is why market economies do better than command economies, as historical examples ranging from the old Soviet Union to today's Venezuela demonstrate over and over again.

Why is there so much support for government controls? What's wrong with markets? In short: insufficient opportunities for graft.

In a command economy, the bureaucrats who set production quotas and allocate supplies have a lot of power. So do their political bosses. When supplies get short, people wheedle (i.e., bribe) them to get more. The market can't be wheedled.

Why? As Mackey says, "It's sort of where people stand in the social hierarchy, and if you live in a more business-oriented society, like the United States has been, then you have these business people, (whom the intellectuals) don't judge to be very intelligent or well-educated, having lots of money, and they begin to buy political power with it, and they rise in the social hierarchy. Whereas the really intelligent people, the intellectuals, are less important. And I don't think they like that. And I think that's one of the main reasons why the intellectuals have usually disdained commerce. They haven't seen it, the dynamic, creative force, because they measure themselves against these people, and they think they're superior, and yet in the social hierarchy they're not seen as more important. And I think that drives them crazy."

As Megan McArdle has observed, journalists particularly suffer from this problem: "Everyone you write about makes more than you. Most of the people you know make more than you. ... Your house is small, your furniture is shabby and you can't even really afford to shop at Whole Foods. Yet you're at the top of your field, working for one of the world's top media outlets. This can't be so." Suddenly, systems that reward people through political influence look better.