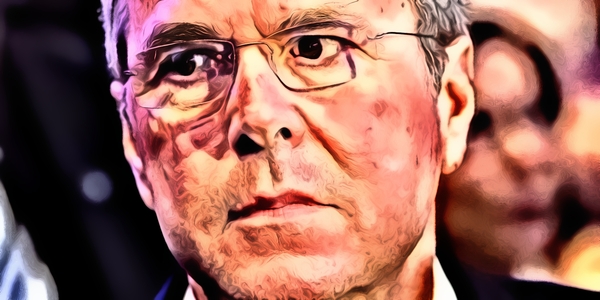 "I think we need to lift our spirits and have high, lofty expectations for this great country of ours," Jeb Bush said in last week's Republican presidential debate. The former governor of Florida (a quick disclosure — my wife works for the Bush campaign) was being questioned about an ambitious goal he has set: As president, he'd aim to achieve 4 percent annual economic growth.

That target is too ambitious, according to most of those who have examined it. But that isn't the biggest problem with the idea.

It's true that average growth over the past four decades has been a lot slower than 4 percent. It's also true that most forecasters have concluded that the potential U.S. growth rate has been falling. For a long time, the influx of baby boomers and women into the workforce boosted growth, for example, but now we face less favorable demographic trends. Economists have been debating whether we've entered an era of "secular stagnation," not whether we're about to experience a rapid acceleration of growth.

John Cochrane of the University of Chicago is probably the most prominent economist to defend the notion that 4 percent growth can be achieved — but his posts on the subject end up underscoring how unlikely it really is. He's talking about what's economically, rather than politically, possible. One of the items on his list of pro-growth reforms is an end to agricultural subsidies, which would very likely boost growth but isn't going to happen.

If the point of setting a goal is to "lift our spirits," as Bush says, the implausibility of the goal may not matter that much. What matters is that politicians and the public don't assume that whatever growth rate we're achieving is the best we can do, and thus settle for bad policies.

Bush's goal, then, could be a useful corrective to today's economic pessimism. There is a long tradition of such pessimism in American economic thought, and it has almost always been wrong. The American Economic Review was announcing the coming of "secular stagnation" in 1939. Natural-resource depletion was supposed to impose tight limits to growth in the 1970s. "Peak oil" was more recently going to wreak havoc on economies.

But setting a 4 percent target still seems like a bad idea, for two reasons.

First, it would distort policy-making should Bush become president. Think about it from the perspective of his budget office. If it projects unrealistically high growth in line with the goal, it will also make unrealistically high revenue estimates. When reality strikes, the administration will have to defend lower growth and higher deficits. And if spending plans are made on the basis of too-rosy revenue projections, deficits will not only be higher than the Bush administration forecasts — they'll be higher than they would have been without the goal.

Alternatively, the budget office could use more realistic projections. But then the new Bush administration would be saying that a central message of its campaign was — well, let's say irrationally exuberant.

And while Bush wants to send a message about American possibility, not all the messages that his goal would send are good ones. This is the second problem with the target: It makes government, and presidents, seem more important to the performance of the economy than they are. The difference between good policy and bad policy can be substantial, but there are real limits to what government can do. It's no coincidence that targets for economic output are typically features of planned economies rather than free-market ones.

People are already too quick to credit presidents for positive economic trends and blame them for negative ones. Politically chosen growth targets — whether they're realistic or not — will reinforce that tendency. Conservatives, especially, should be wary of doing that.