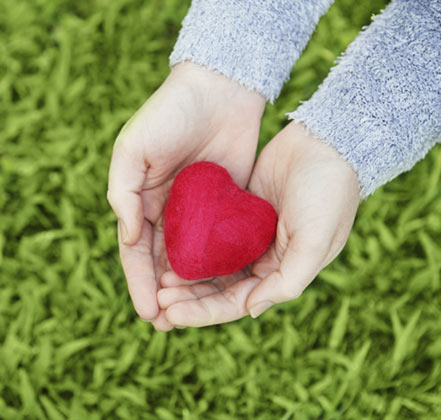 The country is reeling from one videotaped disclosure after another exposing Planned Parenthood's practices of dissecting and selling the body parts of aborted pre-born infants, and the callous, cavalier way its medical officers describe the processes and the victims themselves. Even many Americans who consider themselves "pro-choice" have been shocked to see physicians eating lunch, drinking wine or making jokes as they discuss body parts, all while haggling over prices.

Contrary to the public positions Planned Parenthood has taken throughout the years (e.g., "It's not a baby"; "It's just a clump of cells"; "It isn't a human being yet"), the physicians and other medical technicians in the Center for Medical Progress' videos refer to these tiny children as "patients," "twins," "boys" or "girls."

Part of the underbelly of the abortion industry has been exposed, and Planned Parenthood is now in full damage-control mode, insisting that these little bodies are donated to science and thus advancing human health. But there are gaping holes in that argument. First, these are not organs or even entire cadavers donated as a result of choices people themselves made prior to their own deaths; these children had no say in their brutal demise. And second, the very reason that these organs and tissues are allegedly of use to science is because they are human — a fact that Planned Parenthood has tried to conveniently obscure for decades.

If one can put aside the revulsion for a moment, it is worth asking the deeper question of why an organization like Planned Parenthood even exists.

They claim to exist to provide "health care" to women. But the destruction of our own children is not "health care." And as has been amply documented (though the media love to ignore it), Planned Parenthood was founded by Margaret Sanger as a vehicle for her eugenicist desires for "racial purity," and the elimination of "human weeds."

In other words, the enterprise had its origin in a profound lack of love for other human beings. So it should not surprise us where such an organization will go.

In that climate, real love struggles to assert itself. Because many feelings do seem much more powerful than love. Anger feels stronger. Betrayal feels stronger. So does abandonment. Many think that hatred is the strongest emotion of all, and that it's love's opposite. But it isn't, truly. It is fear that is love's opposite, and that which threatens to overwhelm love when it is needed most. How many women have walked into Planned Parenthood feeling fear of the unknown, fear of financial struggles, fear of disappointing loved ones, fear of shame and public opinion, fear of raising a child alone or fear of giving one's child to others to raise?

But love is more than a feeling. And it is more powerful than other feelings. Love is a decision — a choice , as irony would have it. Actually, a series of choices, one after the other, many of which appear harder than what Planned Parenthood promises.

Planned Parenthood feeds upon anger, and betrayal, and fear. It lures women in with promises of a swift and soothing solution, but that promise is a deceit. Abortion destroys; love never does.

In fact, the entire premise of "planning" parenthood is itself a cruel deceit, as anyone who has ever become a parent — or even wanted to, unsuccessfully — can attest. Things happen over which we have no control, notwithstanding our most fervent hopes or meticulous plans. Desperately hoped-for children are never conceived. Some pregnancies spontaneously miscarry. Healthy children fall ill, have accidents or develop problems that are monumentally difficult to deal with.

Nor is this limited to parenting. Ultimately, a good deal of what happens to us cannot be "planned." All love — of parents, spouses, siblings, co-workers, neighbors and friends — requires of us choices and actions that are damned difficult at times. And in those instances, what we do have control over is our reaction to those circumstances.

Our best hope is love, and choices born of love.

Many of the world's great religions, as well as its secular philosophies, espouse the personal and societal benefits of love.

Because love is not some abstract idea. It is a power, a force as real as gravity or electricity. It may be more difficult to measure, but its impact is not. Love is best given and received one-on-one; it is hard to capture en masse. But a visibly loving choice has the potential to show others that what seemed fearful or impossible is doable. When we make the harder choices to love, we not only grow in our own capacity for love; we have the opportunity to bear witness to love, to engage others and to change minds and hearts.

Because a society that loves its children protects them, as well as those who have brought them into the world — in a society like that, anything is possible.

Planned Parenthood, on the other hand, demonstrates what we become when we cast aside love for things that seem easier at the time.

Yes, love is harder. But worth it.