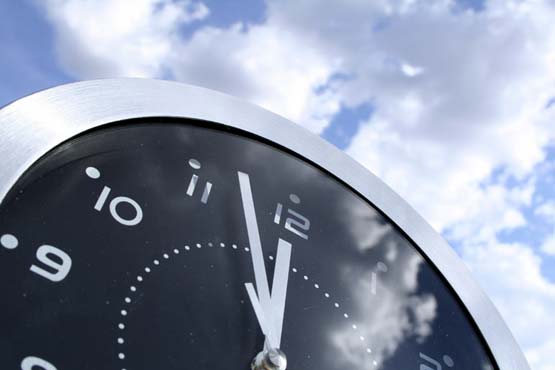 American Jewry is being tested today as never before. The future of the community is tied up in the results of the test.

If the Jews of America are able to mount a successful, forceful and sustained opposition to President Barack Obama’s nuclear deal with Iran, which allows the world’s largest state sponsor of terrorism to become a nuclear-armed state and provides it with $150 billion up front, then the community will survive politically to fight another day.

If the communal leadership and its members fail to fight, American Jews will find themselves communally disenfranchised.

On the face of it, there is no reason this fight should have been anything more than a hopeless – but relatively insignificant – ordeal. Given that all Obama needs to do to secure the implementation of his nuclear pact with the mullahs is secure the support of a one-third minority in one house of Congress, he might have been expected to go easy on his opponents since they have so little chance of defeating him.

Instead, Obama has decided to demolish them. He has presented them with two options – capitulate or be destroyed.

On Tuesday the Democratic presidential front-runner and former secretary of state ratcheted up her statements of support for Obama’s nuclear pact with the ayatollahs. Speaking to supporters in New Hampshire, Clinton said, “I’m hoping that the agreement is finally approved and I’m telling you if it’s not, all bets are off.”

On its face, Clinton’s mounting support for the deal makes little sense. True, her principal rival for the Democratic nomination, socialist Sen. Bernie Sanders, announced his support. But this deal will probably not be an issue by the time Democrats begin voting in their primaries.

On the other hand, the deal is not popular among either the general public or key Democratic donors. According to a poll taken this week by Monmouth University, only 27 percent of the general population and only 43 percent of Democrats want Congress to support the deal.

Then there is the funding issue.

Clinton hopes to raise $2.5 billion to fund her campaign. Her chance of securing that support – particularly from Jewish Democrats – is harmed, not helped by openly supporting the deal. So why is she speaking out in favor of it? The same day Clinton escalated her support for the deal, the FBI seized Clinton’s private email server and her thumb drive amid reports that the inspector-general of the US intelligence community concluded that there were top secret communications on her email server.

Clinton submitted more than 32,000 emails from her server to the State Department. A random sample of 40 emails showed up four classified documents, two of which were top secret.

If the same ratios hold for the rest of the emails she submitted, then she may have illegally held some 3,200 classified documents, 1,600 of which were top secret. While Clinton is presenting the investigation as a simple security issue, she may very well find herself quickly under criminal investigation. At that point, her dwindling White House prospects will be the least of her worries.

But there is one person who can protect her.

If Obama wishes to close or expand a criminal probe of Clinton’s suspected criminal activities, he can. As Roger Simon from Pjmedia.com wrote this week, “Hillary Clinton is in such deep legal trouble over her emails that she needs the backing of Obama to survive. He controls the attorney-general’s office and therefore he controls Hillary (and her freedom) as long as he is president.”

The prejudicial indictment of Sen. Robert Menendez – the most outspoken critic of Obama’s deal with the ayatollahs in the Democratic Party – on dubious corruption charges in April shows that Obama isn’t above using his control over the Justice Department to persecute political opponents.

Then there is Obama’s treatment of Sen. Charles Schumer. Last Thursday night, the senior senator from New York and the next in line to lead the Democratic minority in the Senate informed Obama that he will oppose his nuclear deal. Schumer asked Obama to keep Schumer’s position to himself in order to enable Schumer to announce it on Friday morning.


Rather than respect Schumer’s wishes, the White House set its leftist attack dogs on Schumer.

By the time Schumer announced his plan to oppose the deal he had been called a traitor, a warmonger and an Israeli agent by leftist activist groups who pledged to withhold campaign contributions.

Schumer was compared to former Connecticut senator Joseph Lieberman. Lieberman was forced to face a primary challenge in his 2006 reelection bid. His opponent, Ned Lamont, was generously supported by leftist activists led by George Soros.

Lamont’s campaign was laced with anti-Semitic overtones, and Lieberman lost. He was forced to run in the general election as an Independent and won by virtue of the support he received from Republican voters and donors.

Responding to the onslaught against him, while maintaining his opposition to the deal, Schumer reportedly told his Democratic Senate colleagues that while he was opposing the deal, he would not lobby then to join him in opposition.

The White House led- and instigated-assault on Schumer is interesting because of what it tells us about how Obama is using anti-Semitism.

In all likelihood, Schumer would have demurred from lobbying his Senate colleagues from joining him in opposing the deal even if Obama hadn’t fomented an openly bigoted campaign to discredit him as a Jew. The mere threat of denying him his long-sought goal of heading the Democratic Senate faction, not to mention the possibility of mounting a primary challenge against him, probably would have sufficed to convince him not to take any further steps to oppose the deal.

So what purpose is served by calling a senior Democratic senator with a perfect leftist record on domestic issues a traitor, a warmonger and an agent of Israel? In all likelihood, the decision to attack Schumer as a disloyal Jew does not owe to some uncontrollable anti-Semitic passion on Obama’s part.

Even if Obama is in fact an anti-Jewish bigot, he is more than capable of concealing his prejudice.

After all, as we learned over the weekend from Iranian media reports translated by MEMRI, Obama told the Iranians four years ago that they could have the bomb.

According to MEMRI’s findings, Iranian negotiators said that Obama sent then-Senate Foreign Affairs Committee chairman John Kerry to Oman in 2011, while Mahmoud Ahmadinejad was still Iran’s president, to begin nuclear negotiations. During the course of those early contacts, Obama agreed that Iran could continue enriching uranium in breach of the Nuclear Non-Proliferation Treaty and a host of binding UN Security Council resolutions. He also agreed that Iran would not be required in the framework of a nuclear deal to reveal all of the possible military dimensions of its past nuclear work. In other words, he told the Iranians that he would not stand in their way to the bomb.

Obama managed to hide his concessions from the American people. He orchestrated a spectacle of “serious” negotiations with the P5+1 and Iran, where he pretended that the concessions he had made four years earlier were made at the very last moment of the nuclear talks in Vienna.

Given his obvious skill, it is clear that he would only play the anti-Semitism card if he believed he had something to gain from it.

So what is he planning to do that anti-Semitism can help him to accomplish? Over the past month, Obama has demonized and criminalized opponents of his nuclear deal.

Last week at American University Obama said that his Republican opponents are the moral equivalent of “Death to America”-chanting jihadists. Obama presented deal opponents in general as warmongers who would force the US into an unnecessary war that his deal would otherwise prevent.

And, since he said that among all the nations of the world, only Israel opposes the deal, it easily follows that the Jews who oppose the deal are traitors who care more about Israel than America.

And then this week his troops let it be known that Schumer is a warmonger and a traitor. And a Jew.

In his meeting with American Jewish leaders last Tuesday, Obama said that if the community dares to criticize him personally, it will weaken the American Jewish community and as a result, the strength of the US-Israel relationship.

If Jews – like Republicans – are warmongering traitors, obviously they should be made to pay a price.

By singling out and demonizing Jewish American opponents of the deal as corrupt, treacherous warmongers, Obama is setting the conditions for treating them as disloyal citizens can expected to be treated.

In other words, at best, Jewish opponents can expect to find themselves treated like other Obama opponents – such as Tea Party groups that were hounded and harassed by the IRS and other governmental organs.

In that meeting with American Jewish leaders, Obama seemed to present them with a choice. He reportedly told AIPAC’s representatives, “If you guys would back down [from their opposition to the deal], I would back down from some of the things I’m doing.”

Actually, he gave them no real options. Obama effectively told the leaders of the American Jewish community that as far as he is concerned, Jews have no right to advance their collective concerns as Jews. If they do, he will attack them. If they give up that right under duress, then he will leave them alone. So remain free and be hounded, or give up your rights and be left alone.

Some commentators have characterized the fight over the deal as a fight for the soul of the Democratic Party. This may be the case. But first and foremost, it is a fight over whether or not Jews in America have the same rights as all other Americans.

To be sure, Israel will be harmed greatly if Congress fails to vote down this deal. But Israel has other means of defending itself. If this deal goes through, the greatest loser will be American Jewry.