Iran deal is too important for politics 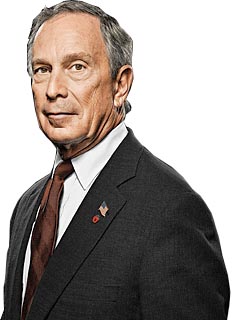 If you oppose the Iranian nuclear agreement, you are increasing the chances of war. And if you are a Democrat who opposes the agreement, you are also risking your political career. That's the message the White House and some liberal leaders are sending — and they ought to stop now, because they are only hurting their credibility.

I have deep reservations about the Iranian nuclear agreement, but I — like many Americans — am still weighing the evidence for and against it. This is one of the most important debates of our time, one with huge implications for our future and security and the stability of the world. Yet instead of attempting to persuade Americans on the merits, supporters of the deal are resorting to intimidation and demonization, while also grossly overstating their case.

Last week, President Barack Obama said that it was not a difficult decision to endorse the agreement. I couldn't disagree more. This is an extraordinarily difficult decision, and the president's case would be more compelling if he stopped minimizing the agreement's weaknesses and exaggerating its benefits. If he believes that the deal "permanently prohibits Iran from obtaining a nuclear weapon," as he said in his speech at American University last Wednesday, then he should take another look at the agreement, whose restrictions end suddenly after 15 years, with some of the constraints on uranium enrichment melting away after just 10.

Overstating the case for the agreement belies the gravity of the issue and does more to breed distrust than win support. Smearing critics is even less effective. In his speech, the president suggested that critics of the deal are the same people who argued for the war in Iraq. The message wasn't very subtle: Those who oppose the agreement are warmongers. (Of course, those who voted for the Iraq War resolution in 2002 include Obama's vice president and secretary of state.)

Then he went further, saying: "It's those hardliners chanting 'Death to America' who have been most opposed to the deal. They're making common cause with the Republican caucus." From a president who often complains about hyperpartisanship, and whose stated aim is to elevate the discourse, the public deserved something better.


Emblematic of all this — and what has prompted me to write — was the treatment of Sen. Chuck Schumer. In his thoughtful statement opposing the deal, Schumer noted that the best course of action is not clear. Reasonable people can and do disagree.

Yet rather than acknowledging a respectful difference of opinion, the president's spokesperson and others close to the White House suggested that Schumer's decision may cost him the opportunity to become the leader of the Senate's Democratic caucus. What they should have said is: President Obama signed legislation that gives Congress a voice on any deal with Iran. This debate is far bigger than partisan politics, and personal political considerations should play no role in deciding it.

Schumer is right that this is a vote of conscience. Each member of Congress, after closely studying the deal and listening to all arguments on both sides, ought to decide the matter on the merits — and the White House should be focused on making the case on the merits, instead of using campaign-style tactics to pressure Democrats into standing together.

The White House's behavior is especially disappointing given the way the negotiations unfolded. Every negotiation comes with give-and-take. This one was no exception. Significant concessions were made at the last moment, including on ballistic missiles and arms. These were surprising changes and they come with large implications that require careful scrutiny.

Throughout this process, the president and his secretary of state gave Americans assurances that the United States would not be cornered into a bad deal. Yet in his speech last week, the president said that Congress must decide "whether to support this historic diplomatic breakthrough" or to block it "over the objection of the vast majority of the world."

Congress should not act based on the opinion of the rest of the world, nor the opinion of the American public, which opposes the agreement by a 2-to-1 margin, according to a recent poll. Congress should make its own hard and careful assessment of the agreement — something it cannot possibly do without seeing the yet-to-be-revealed side deals. How can you vote on a pact that you haven't been able to read in full?

Michael Bloomberg, CEO of Bloomberg LP, is the former mayor of New York.