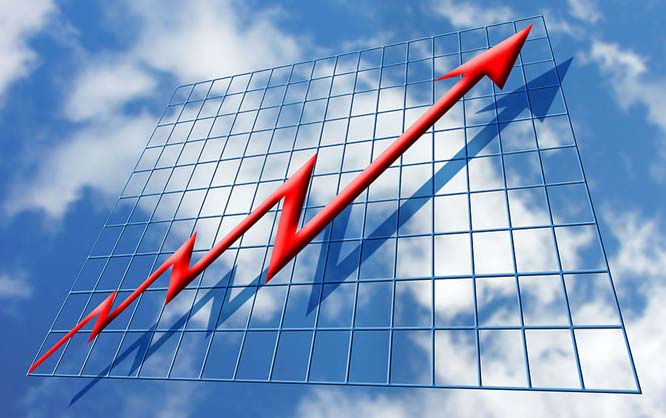 The aging bull market, now nearly 5 1/2 years old, is seemingly unstoppable. It has survived a flash crash, budgetary brouhahas, the threat of war in eastern Europe, hostilities in the Middle East, tepid earnings growth and, last but certainly not least, one of the most feeble economic recoveries ever. What's more, stock prices have continued to march upward despite signs that the Federal Reserve is moving closer to the day when it begins to raise short-term interest rates, after keeping them near zero since 2008.

So, for funds that own stocks, the past year was terrific. Every category tracked by Morningstar save one (funds that invest in Latin American stocks) delivered double-digit returns. Among U.S. stock fund categories, returns fell in a narrow range. The top group, funds that focus on large, fast-growing companies, gained 26.2%, on average (returns are through June 30). The worst-performing category, big-company value funds, earned an average of 22.2%.

Looking ahead, all eyes will be on central bankers around the globe. The availability of cheap money nearly everywhere has been the single most important driver of rising stock prices. It has given companies the wherewithal to buy back shares, purchase other firms and pay dividends. And it has forced investors out of bonds and cash and into stocks in search of better returns.

The Fed is on schedule to end its bond-buying program by the end of 2014, and it has indicated that it may start raising short-term rates next year. However, there's always a chance that the Fed might accelerate its timetable if the economy proves stronger than people expect. The creation of 288,000 new jobs in June suggests that the economy is gaining steam after a miserable first quarter. Earlier-than-anticipated rate hikes could unsettle the stock market.

Another year of 20%-plus gains

In bull markets, concentration pays. At last word, Biondo Focus held just 19 securities, including warrants, which are like long-term options, and had 45% of its assets in health stocks. Biondo also uses borrowed money to goose returns. Oakmark Select holds just 20 stocks, with one-third of its assets in financials, including Bank of America and MasterCard. But the king of concentration is Fairholme Fund, which recently held just nine stocks, with American International Group accounting for 47% of assets. With nearly 200 stocks, Fidelity OTC is much more diversified. It has loaded up on Nasdaq-traded growth stocks, including Apple, Google and Tesla Motors. "Values" funds made a splash, too. Parnassus won't invest in firms involved in liquor, gambling, tobacco or weaponry, and Amana Income follows Islamic principles.

In the middle of a strong pack

One-year front-runner Lyrical U.S. Value was launched in early 2013 by two friends and University of Pennsylvania alumni who have been managing well-heeled clients' money for years. They avoid stocks they deem difficult to analyze, including banks and biotech. Although Akre Focus, a member of the Kiplinger 25, is in the midcap category, the fund invests in firms of all sizes, from Apple to Monro Muffler Brake. Under manager Bill Miller, Legg Mason Opportunity has been prone to big swings, with downdrafts in 2008 and 2011 offsetting mostly good returns. Big bets include airlines and financials. Inspired by the Bible, Eventide Gilead seeks businesses that create wealth and serve mankind. Top holdings include engineering firm CB&I (clean energy) and Medivation (cancer therapy). Primecap Odyssey Aggressive Growth, a superb fund, closed to new investors this year.

Lagging ever so slightly

Making their debuts last year, Satuit Capital U.S. SMID Cap, Satuit Capital U.S. Small Cap and Gator Focus emerged hot out of the gate. But Hodges Small Cap, run by a team that includes father and son Don and Craig Hodges, has bested similar funds in each of the past six calendar years (including the first half of 2014). Hancock Horizon Burkenroad finds gold in its backyard. The fund sticks to companies in six southeastern states, sometimes using research from Tulane University business students; some online brokers waive the fund's 5.25% sales charge. Pimco Small Cap Stocks Plus invests a portion of its assets in derivatives that track the results of the small-company Russell 2000 index, and it seeks to beat the index by investing the rest in an actively managed bond portfolio. Considered the granddaddy of small-company funds, T. Rowe Price New Horizons closed to new investors at the end of 2013.

Not bad but held back by non-stock holdings

When U.S. stocks party, hybrid funds resemble wallflowers because they diversify into bonds, foreign stocks or other asset classes. But don't be fooled by short-term results. The best managers in this category deliver stellar long-term results by shining when the stock market wilts. One standout is the Bruce Fund, which splits its money among stocks of companies of all sizes, convertible securities, regular bonds and cash. FPA Crescent, a member of the Kiplinger 25, is a long-term winner. Crescent invests in everything from stocks to cargo ships. Villere Balanced and Vanguard Wellington have thrived with a split of roughly two-thirds stocks and the rest in bonds. But whereas Wellington invests almost exclusively in large-company stocks, Villere focuses on small and midsize companies. The unusual Permanent Portfolio fund holds stocks, gold, silver, Swiss bonds and U.S. Treasuries.

A solid year for international investing

The bulls aren't charging only in the U.S. Over the past year, the MSCI EAFE index, a measure of large-company stocks in developed foreign countries, returned a healthy 24%. A rebound in beaten-down stocks helped drive performance. One beneficiary was Kiplinger 25 member Dodge & Cox International, which seeks stocks that look cheap in relation to a firm'sÂ long-term growth potential. The same goes for Tweedy, Browne Global Value, whose managers favor high-quality companies that sell for a fair price. Schwab Fundamental International Large Company Index has performed well by tracking an index that weights companies by measures such as sales and cash flow, rather than market value (which may favor companies that are more popular with investors--and, as a result, are more expensive). Investors new to Oakmark International will have to buy directly from Oakmark. funds

Buy one or two of these for extra diversification

As in the U.S., stocks of small and midsize foreign companies have performed better than their bigger brethren since the bear market ended in 2009. T. Rowe Price International Discovery is a solid choice. Over the past 10 years, the fund has outpaced the typical small and midcap foreign growth fund by an average of one percentage point per year. At last count, it had 14% of its assets in emerging-markets stocks. That has weighed down performance lately, but longtime manager Justin Thomson spreads the risk by investing in more than 200 stocks. Fidelity International Small Cap Opportunities is also a good option. Among stocks that have helped boost performance recently are Interpump Group, an Italian manufacturer of high-pressure pumps, and Pason Systems, a Canadian firm that provides data-management services for drilling rigs.

A good choice if you're leery of pure foreign funds

Global stock funds can invest anywhere in the world, but the bulk of this year's winners focused on the U.S. The current managers of Guinness Atkinson Global Innovators are relatively new, but they trained under the firm's founder, Timothy Guinness. At last report, 62% of Global Innovators' assets were in U.S. stocks, although the fund's largest stake is in Shire PLC, an Irish drug company. Cambiar Aggressive Value is run by Brian Barish, who is also a co-manager of Cambiar International Equity, which recently joined the Kiplinger 25. Aggressive Value recently had nearly 40% of its assets in foreign stocks. The fund is loaded with energy and tech stocks. Oakmark Global Select, which holds just 20 stocks, combines the best picks of Oakmark Fund's Bill Nygren and Oakmark International's David Herro.

Frontier markets come to the fore

In the world of developing stock markets, there are emerging nations, such as Brazil, China and Russia, and there are even smaller, more nascent frontier countries, such as Nigeria and Argentina. Lately, frontier markets have led the way. The MSCI Frontier Emerging Markets index gained 37% over the past year, more than double the 15% gain of the MSCI Emerging Markets index.

Who knew Nordic markets were on such a tear over the past year? Fidelity Nordic sailed to the top while holding mostly Danish, Finnish, Norwegian and Swedish stocks. Indian markets, also lifted by an economic rebound, pushed ahead over the past year as well. Meanwhile, Japanese stocks, last year's big winners, have cooled so far in 2014 as investors try to determine whether various reforms and expansive monetary policy can jump-start the country's long-sluggish economy. The MSCI Japan index was flat in the first half of 2014. But many Japan stock funds, especially those that focus on smaller companies, such as Hennessy Japan Small Cap Investor and Fidelity Japan Smaller Companies, remain near the top over the past three years. Over the long haul, funds that focus on Asia and Latin America have led the category.

The best bets for spicing up your investments

You should generally use sector funds for making short-term bets on an industry or a broad swath of the economy. But as we say in The Best Health Mutual Funds to Buy Now, you can justify a long-term commitment to the sector. Our favorites include Fidelity Select Health Care, Janus Global Life Sciences and, for investors with strong stomachs, Fidelity Select Biotechnology. And speaking of volatility, Firsthand Alternative Energy, the top sector fund over the past year, lost a stunning 58% from 2010 through 2012 before embarking on its current hot streak. The fund owns a wad of solar stocks. One especially intriguing fund is Fidelity Select Air Transportation. By merging away competition and nickel-and-diming customers, airlines are raking in huge profits. The big question: Can they keep it up?

To find these appealing, you need to look past sluggish bull-market results

This sundry category includes funds that invest in things other than stocks and bonds and those that practice nontraditional strategies, such as selling short (see Hedge Without Hedge Funds). When it comes to shorting, be aware of the distinction between market-neutral funds and long/short funds. The former contain roughly even mixes of long and short positions. The latter can adjust the ratio of longs to shorts. Bolstered by the strength of U.S. stocks lately, most of the top-performing long/short funds have tilted toward owning stocks rather than shorting them. One of our favorites is Wasatch Long/Short. Its managers adjust the fund's relative weighting in longs (stocks they own) with shorts (stocks they're betting against) on the basis of their view of the big picture and the relative abundance of nicely priced and overpriced stocks.