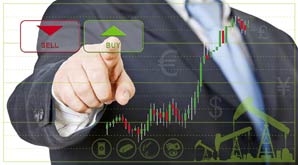 A revolution is under way in health care, and it's not too late to cash in. Scientific advances are changing the way drugs are developed and creating a torrent of new treatments. By making insurance available to millions who previously couldn't buy it, Obamacare is fueling demand for health care products and services. And, oh, by the way, we're not getting any younger.

Put it all together, and this colossal sector is likely to keep growing faster than the overall economy. Health care spending in the U.S.--some a year--accounts for 18% of gross domestic product. The government predicts that the figure will rise by an average of 5.8% annually over the next eight years, slightly faster than the growth of the overall economy. That's reason enough to make a long-term commitment to health stocks, but it's not the only one. Three trends are dramatically changing the health care system, creating plenty of opportunities for investors.

Uncle Sam's role. Say what you will about the Affordable Care Act, but it is behind some important developments in health care. Because of pressure to hold down insurance premiums, for instance, insurers are scrambling to diversify by buying health-services companies. In 2013, for instance, insurer acquired American Eldercare, best known as an in-home nursing services provider in .

But the ACA isn't the only law spurring growth. "If you've gone to your doctor lately, you'll notice that everyone has a computer now," says , manager of Vanguard Health Care. That's because a 2009 law provided incentives for doctors, hospitals and other providers to digitize their records. That push is fueling growth among companies such as and , both of which provide technology to keep and organize electronic health records.

Scientific revolution. It took 13 years and by some estimates to map the first genome. Now, thanks to breakthroughs in DNA sequencing, it takes a few days and costs a few thousand dollars. As a result, new products are coming out of labs and winning regulatory approval at a stunning pace. approved 96 new drugs over the past three years, one-third more than the number approved over the previous three years. One new product--Sovaldi, from --is a game changer for hepatitis C patients because, in most cases, it cures the disease. In the first three months of 2014, sales of Sovaldi pulled in nearly --making it one of the most successful drug launches of all time.

Consolidation binge. Once upon a time, big drug companies equated long-term success with diversification. Now, the opposite is true. So in , Pfizer shed its animal-health business to focus on drugs. And in , split in two: AbbVie focuses on drugs, and the company that retained the name makes medical products. Heart-device maker plans to buy , in part to beef up its product line. Why spend tens of millions on research that may not pan out when you can buy a product that's already popular? , the poster child for this strategy, made three acquisitions of businesses or products in 2013, seven in 2012 and 13 the year before that. Shareholders are happy: Valeant stock has climbed 141% in three years.

In fact, the entire sector has performed admirably. From the end of 2010 through , Standard & Poor's 1500 Health Care index gained 23.2% annualized, compared with 16.0% for the S&P 500. But health care stocks, says , manager of , have merely been catching up after their poor performance between 2003 and 2010, so they are not particularly overvalued. Health stocks look attractively priced, trading at about 16 times estimated 2015 earnings. That's near the historical average, though it's a bit more than the overall stock market.

Investing in this sector, however, requires a lot of know-how. After all, the sector is expansive, with four broad subgroups: biotech and pharmaceuticals, medical devices and equipment, health care information technology, and health care services. All play a role in the system, but not all will benefit to the same degree from its transformation. "You almost need a PhD to understand what's going on," says , manager of Fidelity Select Health Care. A diversified health care fund is the best way to cash in on the changing landscape. Here, we highlight our three favorite funds, listed in alphabetical order. (Returns are through .)

Yoon, who has run Fidelity Select Health Care (FSPHX) for nearly six years, tilts toward growing companies that trade at a discount to what he thinks the firms will be worth in three to four years. Yoon adds that the fund, which holds about 100 stocks, tends to be more diversified than its peers. For instance, the typical health care fund has half of its assets in biotech stocks; Select Health Care has just 27%. "A bunch of health care funds are closet biotech funds," says Yoon. "They've achieved great returns because they're in the hot sector."

Yoon has a good record, too. Since he took over in , Select Health Care has returned 21.2% annualized, outpacing the typical health care fund by an average of 4.3 percentage points per year. And its relatively low biotech exposure may have helped in early 2014, when stocks in that subsector tumbled. In the first half of 2014, Select Health Care earned 15.9%, outpacing 99% of its peers.

Acker, of Janus Global Life Sciences (JAGLX), likes to invest in innovative companies. But Life Sciences isn't a go-go fund without brakes. Only stocks that trade for at least 25% less than Acker's estimate of a company's true value get a green light.

Acker divides the portfolio of 89 stocks into three buckets. Half of the fund is devoted to classic growth companies, such as Johnson & Johnson, which, Acker says, "dominates most markets it competes in" and has acquired rights to new drugs developed by smaller biotechnology firms. The fund has 20% to 30% of its assets in young, fast-growing companies, such as , which invented an oral leukemia drug and partnered with J&J to develop and market it. The rest of the fund consists of out-of-favor stocks that Acker thinks will recover. In early 2012, for instance, he bought shares of Aetna, which Acker believed had been unfairly punished because of concerns about how Obamacare would affect health insurers.

Acker has chalked up an impressive record at Global Life Sciences. Since he took over as manager in mid 2007, the fund has gained 13.8% annualized, outpacing the MSCI World Health Care index by an average of 4.5 percentage points per year. The fund's Class T shares can be purchased without a load or transaction fee at many online brokerage firms.

Vanguard Health Care (VGHCX) is the largest health care fund, with in assets. It's the cheapest, too, with an annual fee of just 0.35%. And it delivered the smoothest ride of any health fund over the past decade while outpacing nearly 60% of its peers. It's even been less jerky than the S&P 500, which the Vanguard fund outpaced by an average of 4.1 percentage points per year. Says , editor of the newsletter the Independent Adviser for , "It doesn't get any better than that" (see Insider Interview).

One of the managers responsible for that record, , retired in 2012. , a co-manager since 2008 and a 23-year veteran of Wellington Management, the fund's subadviser, is now the head honcho. Like Owens, Hynes favors promising health care companies trading at value prices. But one thing has changed: The fund holds less cash. Hynes cut the cash position to 3% of assets in 2013 from 8% when Owens left. Because of shifts in the health care sector, "opportunities became more apparent," says Hynes.

Those opportunities tap into some of what drives the industry these days: DNA sequencing and health care information technology. For example, in early 2013, the fund picked up shares of gene-sequencing firm ; its stock soared 134% over the past 12 months. And in mid 2013, Hynes invested in , which provides products and services to diagnostic and research labs (the stock climbed 44% over the past year).

trailed its rivals in 2012 and 2013, but that's not surprising in light of the torrid performance of biotech stocks and the fund's relatively small exposure to the group (13% of assets). In more-turbulent markets, shows its mettle. In the first half of 2014, during which many highfliers crashed, the fund made 14.5%, beating 93% of its peers.

Thanks to a series of important scientific breakthroughs, biotechnology is the fastest-growing part of the health care industry. So it might make sense to put a little money into a purely biotech fund. Just be sure to have some Dramamine nearby. For example, iShares Nasdaq Biotechnology (symbol IBB) skyrocketed 65.5% in 2013. The exchange-traded fund tumbled 21% in just seven weeks early this year, but it ended the first half with a gain of 13.4%. Annual fees are 0.48%.

Among actively managed funds, we favor Fidelity Select Biotechnology (FBIOX). From ascension as manager in 2005 through , the fund returned 17.0% annualized. That outpaced iShares Nasdaq Biotechnology by an average of 0.8 percentage point per year. The Fidelity fund fell 24.8% during this year's biotech downturn and ended the first half with a gain of 10.2%. The fund's annual expense ratio is 0.75%.