The dangerous drive to correlate Islamophobia with anti-Semitism 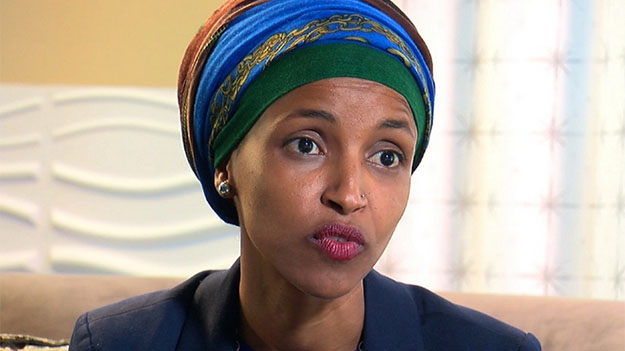 Islamophobia, like much Muslim discourse, is based on an appropriation and inversion of Jewish experience and precepts

The Somali-born congresswoman Ilhan Omar (D-Minn.), who has made a number of anti-Semitic remarks, is currently embroiled in controversy over her marriage history. When claims against her of bigamy and immigration fraud first emerged in 2016, Omar accused the journalists involved of "Islamophobia."

Omar has also made a claim being heard more and more: that Muslims are called anti-Semites only because they are Muslim. In other words, anyone who calls out Muslim anti-Semitism is Islamophobic.

This twisted claim is a way of making Muslim anti-Semitism unsayable.

The claim is being heard alongside the message that Islamophobia is the equivalent of anti-Semitism—an equation made by the leadership of Britain's Jewish community as well. This is dismaying because it's a morally bankrupt and dangerous equivalence.

While some people are truly prejudiced against Muslims—just as some hate or fear anyone not like themselves—Islamophobia was invented by the Muslim Brotherhood as a way of silencing legitimate discussion of any fault in the Islamic world.

A relentless campaign is currently being waged to outlaw Islamophobia in the West—and thereby shut down that vital discussion. The United Nations is working with the Organisation of Islamic Cooperation to prohibit all speech that Muslims consider offensive.

Last month, Pakistan ramped up the pressure. Backing the U.N.'s initiative, Pakistan's ambassador Maleeha Lodhi said Islamophobia was "today the most prevalent expression of racism and hatred against 'the other.' "

This is totally untrue. Apart from the fact that Islam is not a race but a religion, the true hatred of "the other" that really is most prevalent today is anti-Semitism. And those principally spreading this poison are the political left in tandem with the Muslim world.

In Britain, the Labour Party is convulsed by epidemic, eye-watering anti-Semitism among its members. A detailed survey last year from the University of Oslo found that in Scandinavia, Germany, Britain and France, most anti-Semitic violence is being perpetrated by Muslims.

This is broadly unsayable because of the terror of being labeled Islamophobic, the taunt deployed against anyone who calls out Muslim anti-Semitism. That's why last month's declaration by U.N. secretary-general AntĂłnio Guterres that he would "continue to call out anti-Semitic racism and other forms of hatred," but who is also poised to ban all criticism of Islam under precisely that umbrella, is dangerous cant.

For Muslim anti-Semitism is fueling and legitimizing Western anti-Semitism and its contemporary mutations: anti-Zionism, and the demonization and delegitimization of Israel. The refusal to criticize Muslims means that the frenzied discourse of anti-Jewish hatred coursing through the Islamic world, consisting of blood libels, unhinged conspiracy theories and paranoid fantasies, has become normalized in broader Western society.

Muslim ideologues state openly that what motivates them above all is their hatred not just of Israel, but the Jews.

The leader of Hezbollah, Sheikh Hassan Nasrallah, has said: "If we searched the entire world for a person more cowardly, despicable, weak and feeble in psyche, mind, ideology and religion, we would not find anyone like the Jew. Notice, I do not say the Israeli."

Earlier this month, Iraqi cleric Abd Al-Salam Zain Al-Abidin said on Iraqi TV that the Koran focuses on the Jews as much as it does because they're the "sworn enemy" of the Muslims.

The Palestinian Arabs pump out psychotic, Nazi-style libels and calumnies against Jews. At the end of last year, a preacher said typically on Palestinian Authority TV that the Jews "expose their fangs whenever they get the chance . . . always fighting, always scheming and always plotting against humanity . . ."

The stifling effect of the Islamophobia-equals-anti-Semitism trope, however, means few appreciate that the concept of Islamophobia is itself fundamentally anti-Jew.

That's because Islamophobia, like much Muslim discourse, is based on an appropriation and inversion of Jewish experience and precepts.

The Islamists invented "Islamophobia" because they wanted to gain what they (wrongly) thought were the benefits to the Jews of anti-Semitism—protection from criticism. That's why they claim an equivalence between the two.

But the great difference is that anti-Semitism is true prejudice because the Jews are innocent of the grotesque misdeeds attributed to them. By contrast, while many Muslims are decent people who wouldn't harm a fly, Islam is an all-too real, historic source of oppression, fanatical violence and colonialist wars.

Time and again, Muslim thinking appropriates and inverts Jewish experience in order to demonize Israel and the Jews.

The Jews are the only people for whom the land of Israel was ever their national kingdom, hundreds of years before Islam was even founded. Yet Muslims say (preposterously) that they are the indigenous people of the land.

Gaza's Islamist warlords commit war crimes by targeting Israeli civilians. Yet Muslims say Israel is guilty of war crimes, even though the IDF go to heroic lengths not to kill Arab civilians and achieve a ratio of killing civilians relative to fighters three or four times better than the ratio achieved by American or British forces in their own wars.

Jews were ethnically cleansed from Arab lands; yet Muslims claim Israel is ethnically cleansing the Palestinians, a ludicrous assertion given that the Arab population in the disputed territories and Gaza has increased more than fourfold since 1948.

Israel gives all Jews the right of return to Israel; Muslims claim a "right of return" not to their own putative state of Palestine, but to Israel. They even claim that the Palestinians are the world's "new Jews."

Anti-Jewish appropriation and inversion are fundamental to Islam. One reason why the existence of Israel as a Jewish state is anathema is that Islam teaches that the real, authentic Jews are . . . the Muslims. Thus, Osama bin Laden declared in his Letter to the American People:

Since pious Muslims believe that Islam is perfect and everything else is the province of the devil, Muslim aggression against Jews and others becomes self-defense while defense against it becomes aggression.

All espousing the Palestinian cause go along with this surreal appropriation and inversion agenda. In turn, it plays directly into the post-modern discourse of the West where lies are believed as truth and truth disdained as lies in accordance with the dogma of secular ideologies from multiculturalism to environmentalism.

Like Islam, these ideologies are also premised upon the perfection of the world, agendas which brook no dissent and which demand that heretics be destroyed.

If you feel you are living in a terrifying, discombobulating and sinister hall of mirrors over anti-Semitism, Israel and Islamophobia, this is why.