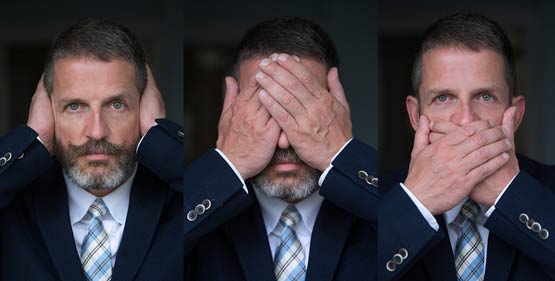 One of the comforting illusions promoted by many critics of President Donald Trump's Iran policy is that his actions have alienated and weakened the regime's moderates.

You hear this line from time to time, with the usual caveat that "moderate" and "reformer" in the context of Iran are quite different than what they mean in the West. It is nonetheless the basis of a dream pursued by most of Washington's foreign-policy establishment: If you treat Iran's regime with respect, it will bolster those who seek to reform it.

Proponents of this view would do well to study what happened 20 years ago this week at Tehran University. The rebellion began when students launched demonstrations after the judiciary closed a reformist newspaper known as Salaam. The paper had published details on the regime's culpability in the string of killings of dissidents and intellectuals known in Iran as the "chain murders." On July 9, 1999, the regime's security forces raided a dormitory and began the arrests.

Some 1,500 students were taken away. To this day, the whereabouts of dozens of them remain unknown. A cover of the Economist showing a student raising a bloody shirt has become the uprising's iconic image.

Demonstrations and crackdowns in Iran are not unusual. In 2009, hundreds of thousands of people took to the streets to protest the stolen presidential election that gave Mahmoud Ahmadinejad a second term. Since late 2017, Iranians throughout the country have engaged in strikes, protests and other acts of civil disobedience against a regime that has lost legitimacy.

The 1999 protests at Tehran University are particularly significant, though, because at the time the country's president, Mohammad Khatami, championed the kinds of reforms the students demanded. He had been elected two years earlier promising a freer press and an end to repression. He publicly pleaded with his own government to spare the students in the raids. Yet in the end, he could do nothing to save them.

It's also worth looking at who was on the pro-regime side of the uprising. Leading a counter-demonstration was the secretary of Iran's national security council, Hassan Rouhani. A relatively unknown cleric at the time, he told his supporters that the students demanding reform were "enemies of the state." This was no idle threat. A student shot dead by security forces was later found guilty by a revolutionary court for engaging in unlawful protest.

Rouhani, of course, is Iran's president today. The Obama administration, which relied on him to negotiate the 2015 nuclear deal, touted him as an Iranian moderate. It's telling that in 1999, he was the face of a regime undermining Iran's only reformist president since the 1979 revolution.


Khatami's failure to protect the students is one reason that so many Iranian activists who believed for years in the prospect of incremental reform now feel that radical change the only path forward.

Roya Boroumand, the executive director of the nonprofit Abdorrahman Boroumand Center, told me that the 1999 protests were a lesson for many Iranians who learned that even if reformist politicians supported changes to the law, those changes would be stymied by the unelected clerics who control Iran's courts and powerful Guardian Council.

The most prominent example of this disillusionment is Nobel Peace Prize laureate Shirin Ebadi, who represented some of those students back in 1999 in Iran's courts. As she told me last year, she supports the movement for a constitutional referendum to eliminate the position of the supreme leader. There are millions of Iranians who agree.

What will it take for their natural allies in the West to listen to what they are saying?