Dad is trying to tell you something! 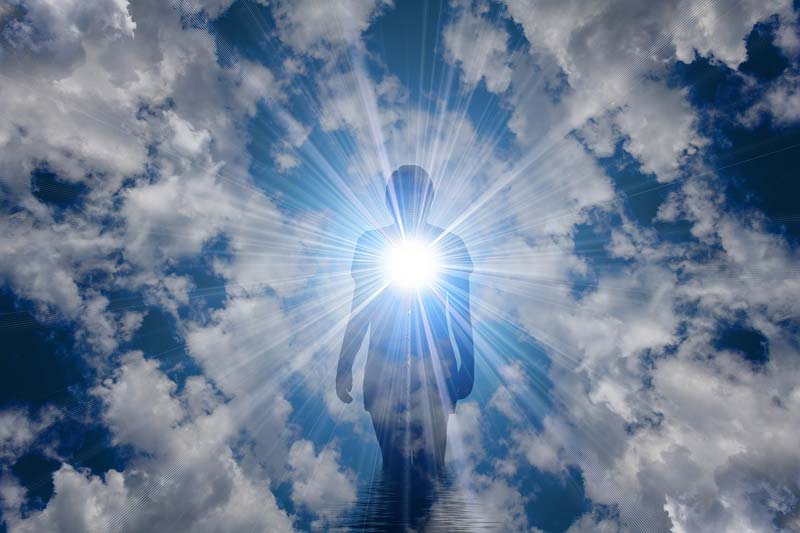 If only our Dads were still alive, my husband and I would tell each other. To watch them hold their grandchildren, help us make difficult decisions, feel their unconditional love. But both of our fathers died young.

We are reminded of them so often in habits we both have, in the looks of their grandchildren and in the many stories the family tells.

One visit to the Atlantic City area brought my husband and his cousin to the cemetery where most of his family was buried. As they walked between rows, they would pick up a smooth stone to put on a grave, say a prayer and remembered the funny and poignant moments.

At his father's grave, my husband noticed that his cousin was crying. "I know you loved my Dad, but it's been so many years. Why are you crying?"

"You know I always had trouble in math in high school. My parents and older siblings tried to help but wound up yelling at me. I felt so dumb. Finally, my dad said in exasperation, 'Go see Uncle Elliott. He's a math teacher. Maybe he can help.' I walked over to your house, feeling more and more stupid until I was in despair when I reached your door. My dad must have called because when I went to ring the doorbell, Uncle Elliott opened the door with a big smile.

" â€˜Come in!' he said, giving me a hug. He had a paper and pencil ready on the dining room table. We sat down. â€˜Now let's see what you're working on,' Uncle Elliott told me in a calm and reassuring voice, probably the one he used when teaching his classes at Atlantic City High. â€˜Ah, now I see. OK, look at this this way.' Step by step, no yelling, no comments about my being dumb, he showed me how to do the problem, â€˜See? You really knew how to do this all along?' he beamed.

"I left your house feeling so good, not just about my math homework, but about myself. I never forgot what your dad did for me."

My husband had never known that his father helped his cousin. That made it even more special. He felt very close to his father at that moment and carried the story with him.

It was as if his dad was trying to tell him something.

I was always very close to my dad, as many daughters are. As with my father-in-law, my dad died before my children were born. To make up for this, I told them many stories about him, his time growing up in poverty in Brooklyn, as a soldier in WWII, his business or about family.

When my children were teenagers, with a childhood spent in Indiana, we moved to Brooklyn and then Teaneck, New Jersey. We occasionally went to the family cemetery in Central Jersey but always seemed to get lost and not easily find the areas where my Dad and other family and friends were buried.

It seemed Dad's sense of humor carried over into Olam ha-Bah, the World to Come. One day, my daughter and I were driving to a mall from Brooklyn, through Staten Island and to Central Jersey. In these days before cell phones, my daughter read off the directions. Still, as we went over the bridge into NJ, we found ourselves off the highway and onto a small road.

"Where are we Mom?" my daughter asked in worry. I didn't have a clue and kept driving, trying to subdue the panic I felt when I was lost.

Suddenly, we were driving on a narrow road in the middle of a cemetery --- I slowed, then stopped, exclaiming, "That's my dad's grave! How on earth did we get here?" My daughter and I looked at each other. "I think Grandpa Nate wanted us to come for a visit."

We both laughed, although a little spooked, to tell the truth.

We got out of the car, found a few smooth stones and went to his grave. After saying some prayers, we, like my husband and his cousin, walked along the pretty tree-lined paths. I told my daughter stories about the aunts, uncles, cousins and family friends buried there.

When we got back into the car and started driving, abruptly we found ourselves back on the highway and at the mall in a few moments. How had that all happened? My husband nodded sagely when I came home.

"Your dad was trying to tell you something."

We mused about what it was. The importance of family? Honoring parents? Keeping memories alive for the next generation? We agreed that their love came through in some mysterious way.

A few years later, my son asked me if he could have a small brass ashtray of my Dad's that I had kept for sentimental reasons. My Dad, sadly a heavy smoker that eventually caused his death, used this ashtray, not for cigarettes but to empty his pockets of change each night. I had never mentioned this to my kids, as it was a small unimportant detail.

A few days later, I went into my son's room, bringing some clean laundry and saw the ashtray on his night table --- filled with change! I asked him why he put coins into it. He shrugged. "Seemed a good place."

"That's what my Dad did! I can't believe you did the same thing." His face lit up, feeling the bond with the grandfather he had never met.

I told my best friend Deborah about it later. She immediately answered, "Your Dad was saying hello." Not only to me --- to my son as well. There was no doubt in her voice. Deborah often felt support from family members long deceased, comforting memories helping her through life's rough spots.

We may be far from cemeteries and family. Memories however are merely a thought away. My mother, now 100 years old, shares her recollections with me daily. For those moments, we walk together in the past. We interact with those long gone and remember that love endures even after only the spirit remains.

After I finished writing, I wondered whatever happened to that brass ashtray. I figured I would call my son later on and see if he has it.

I was moving some furniture around and decided to completely dust and polish the tabletops. My hand automatically took the items off and then closed around a small metal object. I opened my hand and there was the brass ashtray. It had been here all the time.

Previously:
• Facebook, the Talmud and Me
• Spiritual Encounter at the DMV
• 'I am a Palestinian'
• The Sixth Son: The One Who Has Returned
• Face it: Education utopia is an elusive goal. But here's how America can significantly improve its schools
• The Heroes and Haters Among Us
• A centarian's transformation
• Will we still light the Menorah in the window?
• Permission to Speak, Please
• The Bashert Effect
• My Dad's Private War Against Murder Inc.
• Up Against The Wall
• Idiot Proof sukkah Building
• Who's Buried in Grant's Tomb? An Unlikely Story of Transformation and Repentance
• Healing and Cooking
• Celebrating denial?