What the Courts Are for 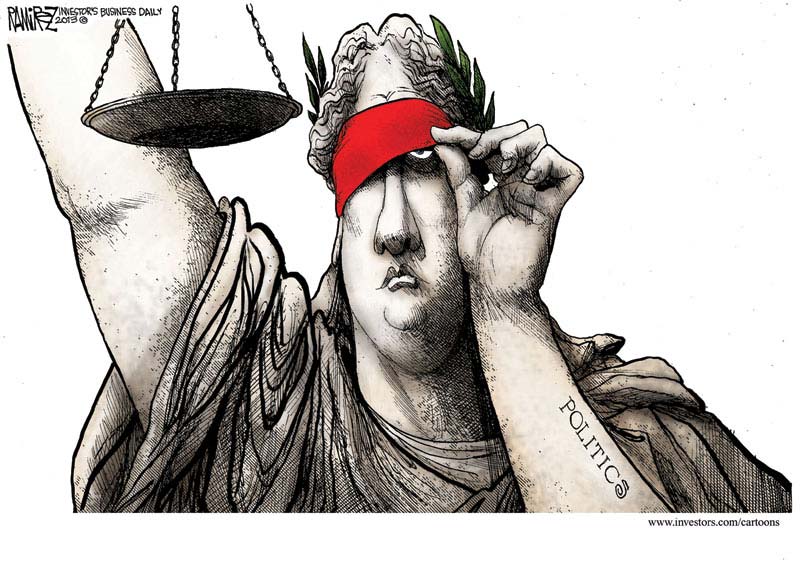 Democrats are in a state of sheer panic.

They're panicking because last week, Justice Anthony Kennedy — a reliable vote in favor of certain leftist priorities including abortion and same-sex marriage — announced that he will step down from the Supreme Court, leaving President Trump a second selection.

This apparently will lead to the end of a free America. According to Jeffrey Toobin of CNN, the remade Supreme Court will spell doom: "Abortion illegal; doctors prosecuted; gay people barred from restaurants, hotels, stores; African-Americans out of elite schools; gun control banned in 50 states; the end of regulatory state."

None of this is true, of course. It simply demonstrates the wild overreach to which the left has subjected the judicial branch to date.


The judicial branch was never meant to act as a superlegislature, using the verbiage of the Constitution in order to implement preferred policy prescriptions. In Federalist No. 78, Alexander Hamilton expressed the idea well: "The courts must declare the sense of the law; and if they should be disposed to exercise WILL instead of JUDGMENT, the consequence would equally be the substitution of their pleasure to that of the legislative body." Substituting will for judgment would make the case for utterly dissolving the judicial branch.

Yet according to the Democrats, the Supreme Court should exercise will instead of judgment. The role of the court, according to Justice Sonia Sotomayor, is to help expedite change in our society: "Our society would be strait-jacketed were not the courts, with the able assistance of the lawyers, constantly overhauling the law and adapting it to the realities of ever-changing social, industrial and political conditions." Justice Elena Kagan believes the same thing, which is why she constantly describes the Constitution as "abstract," leaving her room to interpret it as poetry rather than statute.

This is why Democrats celebrate obviously superlegal decisions like Roe v. Wade: There is no right to abortion in the Constitution, but they would prefer not to battle that issue out at the electoral level. The Supreme Court allows them to hand down their policy from the mountaintop without having to subject those policies to public scrutiny.


And that means that any reversal of such policy by a Supreme Court that actually reads the Constitution as it was written is a threat to Democratic hegemony. Were President Trump to appoint an originalist to the Supreme Court, Roe v. Wade would surely die, but that wouldn't make abortion illegal — the issue would have to be put before the American public.

Affirmative action from state schools would end, but African-Americans wouldn't be barred from attending elite institutions — such a bar would remain illegal. Gays across the country would not suddenly find themselves barred from public restaurants — it's unlikely the Supreme Court would rule such action legal, and even if it were to do so, virtually no establishments across the country would start asking about sexual orientation at the door.

In the end, the Democrats' obsession with the Supreme Court says more about them than about the role of the court. It says that they don't believe their policies are popular enough to win the country over at the electoral level. If the judiciary should be returned to its role of ruling by judgment rather than will, the will of the people might be heard once again — and it wouldn't be friendly to Democrats. Democrats know it. Hence the panic.