Pols and bureaucrats are America's ruling class and they should start paying a price for failure. Accountability isn't just for little guys 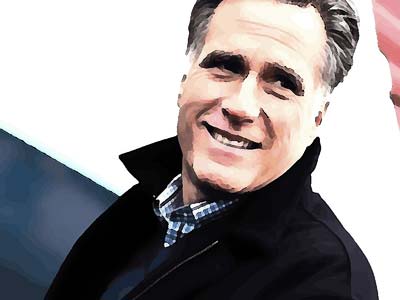 Our Constitution forbids the creation of "titles of nobility." The Framers thought it was important enough that the prohibition appears twice, once forbidding the federal government from doing it, and elsewhere extending the ban to the states.

And Americans, to the extent that they give the question any thought at all, probably think that the ban works: After all, nobody's squiring about the United States, sporting titles like Duke of Pennsylvania or Earl of Internal Revenue.

But now I'm wondering if we don't have a problem. First, Charles C.W. Cooke, a Brit who just recently became an American citizen, noted the practice of calling former government officials by their former titles and called it "grotesque." It's something he discussed in a recent book.

"By custom, we allow our politicians to retain their titles for life. Throughout the 2012 election, Mitt Romney was referred to as 'Governor Romney,' though he had not been in public office for six years," Cooke wrote. "One can only ask, 'Why?' America being a nation of laws and not men, political power is not held in perpetuity, and there is supposed to be no permanent political class.

IMPUNITY IS THE HALLMARK OF THE RULING CLASS

"Americans do not have rulers, they have employees — men and women who can be hired and fired at will and who remain subordinate both to the highest law in the land and to the popular will that it reifies. It is wholly proper for individuals to adopt titles when they have been hired by the people. But it is utterly preposterous for those individuals to retain those titles when their commission has come to an end."


In principle, Cooke is absolutely right. But in practice, America absolutely does have a ruling class, and a permanent political class, and they seem to be increasingly one and the same. (As Angelo Codevilla writes: "Never has there been so little diversity within America's upper crust.") And like any ruling class, they claim, and possess, privileges and immunities not available to ordinary citizens.

The continued use of titles that in fact were briefly loaned by the people — "Governor," "Madame Secretary" — is the least of this. The single biggest characteristic of today's nobility is impunity, and — just as with the privileges associated with titles of nobility in the England our Framers rejected — this privilege extends not only to the titled, but to their retainers, in this case police and other government bureaucrats.

In America, if you misunderstand the law, or simply are ignorant of it, you will nonetheless be liable to go to jail or be sued — if you are an ordinary citizen. If you are a government official, you can generally avoid liability in a lawsuit by pleading "qualified immunity," meaning, in essence, that you misunderstood the law or were ignorant of it, but acted in good faith, a defense that is not available to ordinary citizens. As a judge or prosecutor it's even better: you enjoy "absolute immunity," meaning that in almost every circumstance you can't be sued at all.

These governmental immunities aren't in the Constitution, and they're not the product of statutes passed by Congress. They were invented by judges (themselves government employees) who thought immunity for government employees was a good idea. And government officials almost never face criminal prosecution for their official acts, and on the rare occasions that they do, they are almost never convicted.

When the EPA poisoned the Animas River in Colorado, it rejected claims for damages, and nobody from the EPA went to jail. A private company under similar circumstances would have faced ruinous losses, and the executives would have risked criminal prosecution. Then-EPA Administrator Gina McCarthy skated.

ACCOUNTABILITY IS FOR THE LITTLE PEOPLE

When the IRS's Lois Lerner deliberately targeted conservative groups — something the IRS admitted and apologized for — she retired with her pension and faced no charges. When Chinese hackers stole a vast database of secret military and intelligence personnel information, a blow some experts called a "cyber-Pearl Harbor," nobody lost their job or went to jail. Accountability, it seems, is for the rest of us, the little people.

As a character in the movie "The Verdict" said, "You guys... you guys are all the same! The doctors at the hospital, you... it's always what I'm going to do for you. And then you screw up, and it's, 'Ah, we did the best that we could, I'm dreadfully sorry.' And people like us live with your mistakes the rest of our lives."

Freedom from consequences: It's the defining consequence of our modern titles of nobility. And as ordinary citizens get cut less and less slack, it becomes more and more noticeable that the people at the top pay little or no price for failure or worse. Either that will change, or we will see more populist anger in our politics.