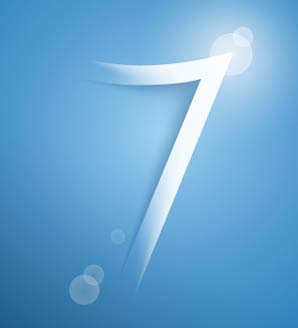 WASHINGTON - President Donald Trump's pick for the Supreme Court, Brett Kavanaugh, could have a relatively clear path to confirmation in the Senate. Republicans control the chamber, and they are eager to play a role in firming up the court's conservative majority to replace retiring Justice Anthony Kennedy, a swing vote.

But nothing's a given in Washington, especially in a Senate where Republicans have just a two-vote majority - or one vote with Sen. John McCain, R-Ariz., at home getting treatment for brain cancer.

Here are the potential swing votes in the battle for the Supreme Court, ranked in order of least swingy to most and updated specifically for Kavanaugh:

Off the list now that Kavanaugh is the pick: Jeff Flake, R-Ariz., and Dean Heller, R-Nevada. Flake is one of Trump's most vocal critics, but he seems to be okay with this Supreme Court nominee. Plus, Flake's predecessor in the Senate, Jon Kyl, will be guiding Kavanaugh through the confirmation process.

Heller is running for reelection in a state Hillary Clinton won. But in a sign of unity with Trump, he accepted an invitation to Trump's Monday announcement of Kavanaugh. Other senators on this list declined that invite.

7. Doug Jones, D-Ala.: When you represent one of the most pro-Trump states in the nation, you automatically make the list of Democrats most likely to cross party lines. Jones is already getting pressure from Republicans back home, including a potential challenger in Jones's 2020 reelection, to support Kavanaugh. Like the other Democrats on this list, Jones has not ruled out voting for Kavanaugh like many in his party have.

A "thorough" review of Kavanaugh's paper trail is exactly what worried Senate Majority Leader Mitch McConnell, R-Ky, about Kavanaugh, given the appeals court judge has decades of political and legal opinions in which senators on the fence could probably find something not to like.

"Tonight's announcement is only a first step," Jones said in Twitter message on Tuesday. "A thorough vetting of Judge Kavanaugh's body of work will be critical for the Senate to fulfill its shared responsibility-which I take very seriously. I will be diligent in measuring the record and in undertaking an independent review."

6. Joe Manchin III, D-W.Va.: Manchin is one of five Senate Democrats trying to get reelected in November in a state Trump won by double digits. He is also the first of three Senate Democrats who voted for Trump's first Supreme Court pick, Justice Neil Gorsuch. Manchin is a top target for conservative judicial groups, who have vowed to spend millions to try to pressure him and the other Democrats on this list to support Kavanaugh.

But: Manchin released a statement strongly suggesting that Kavanaugh's opinions on preserving parts of Obamacare will be a deciding factor for the senator. Given Kavanaugh has been a reliably conservative judge, this could be a source of friction for Manchin.

"As the Senator from #WV, I have a constitutional obligation to advise & consent on a nominee to fill Supreme Court vacancies & I take that responsibility seriously," Manchin said in a tweet on Tuesday.

5. Heidi Heitkamp, D-N.D.: More than any other red-state senator, Heitkamp has received a remarkable amount of help from Republicans to keep her job. Heitkamp also presented the clearest outline of any Democrat on this list for what she wants to see in a Supreme Court justice: "a true nonideological jurist" in the mold of Kennedy, she has said. Trump ended up picking a former clerk of Kennedy's.

But: Heitkamp remained notably noncommittal after Trump picked Kavanaugh. "All that changes for me is that we now have a nominee," she said.

She and the other Democrats on this list all turned down invites from the White House to attend Kavanaugh's announcement, which was widely viewed as a symbolic effort to keep their independence in this process.

4. Joe Donnelly, D-Ind.: Donnelly is one of the most vulnerable red-state Democrats, so he may not be able to afford separating himself from Trump on such a consequential vote. He's also sided with abortion opponents. Earlier this year he voted in favor of a bill that would have banned abortions after 20 weeks of pregnancy.

But: Donnelly has also demonstrated a willingness to vote against Trump on big votes, like the tax bill. He's keeping his cards close to his chest about how he'll vote on a Supreme Court pick, issuing the most bland statement possible on Kavanaugh: " . . . I will carefully review and consider the record and qualifications of Judge Brett Kavanaugh."

3. Lisa Murkowski, R-Alaska: The three swingiest votes on our list are Republicans, because it's going to take Republican defections to keep Kavanaugh off the bench, and because red-state Democrats are more likely to feel pressure to support Kavanaugh if these Republicans defect.

Murkowski supports abortion rights, and it was a key reason she voted against Trump's Obamacare repeal last summer. Murkowski said last week that the 1973 Supreme Court ruling legalizing abortion will be a "significant factor" in her decision on how to vote.

But: Murkowski also said that Roe v. Wade wasn't going to make or break her vote: "It's not as if those are the only matters that come before the Supreme Court." Plus, Kavanaugh has a conservative record on abortion, but he has also testified to the Senate in the past that he would respect Roe.

2. Rand Paul, R-Ky.: As The Washington Post's Aaron Blake breaks down, reporters have reason to question Paul's loyalty to this Supreme Court pick. Kavanaugh has taken an aggressive view in favor of executive authority. That's something that Paul, who has a strong libertarian streak, has been vocal about opposing.

But: Paul has never said he opposes Kavanaugh, as one of Paul's campaign aides pointed out to Blake on Monday night.

Still, Paul is No. 2 on the list because he hasn't issued his support yet.

"I look forward to the upcoming hearings, reviewing the record, and meeting personally with Judge Kavanaugh, with an open mind, the senator tweeted on Tuesday.

1. Susan Collins, R-Maine: Collins is the likeliest to cross party lines. Much like Murkowski, she's got strong feelings on supporting abortion rights and has wielded them as a reason to vote against Trump priorities, like health care. Unlike Murkowski, she voted for President Barack Obama's two Supreme Court picks, Elena Kagan and Sonia Sotomayor.

Collins also appears to have staked out a slightly stronger position on Roe v. Wade than Murkowski: "From my perspective, Roe v. Wade is an important precedent, and it is settled law," she told reporters last week. On Monday, she sounded skeptical of Kavanaugh: "He clearly is qualified for the job, but there are other issues involving judicial temperament and his judicial philosophy that also will play into my decision."

But: This vote is so consequential, and these times are so hyperpartisan - especially a few months before an election where control of the Senate could be at stake - that it would be remarkable if any of the senators here crossed party lines to block or help approve Trump's Supreme Court pick.