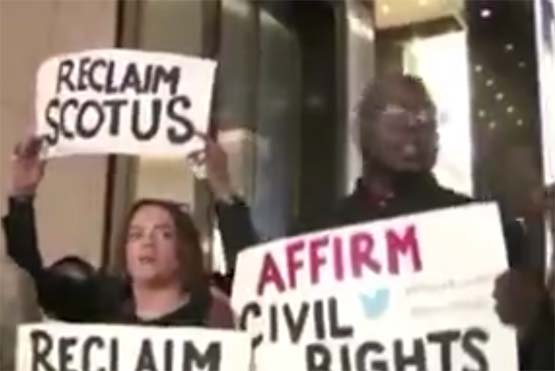 While Yale does have a recent history of promoting victim ideology at the graduate and undergraduate levels, the letter's maudlin rhetoric — the preeminent academic marker and export of our time — has significance that extends far beyond New Haven.

The open letter was triggered, so to speak, by a press release from the law school celebrating Judge Kavanaugh's nomination.

If confirmed, Kavanaugh would be the fourth Yale law grad currently serving on the Court, the press release noted. The dean and four law professors, hardly conservatives, offered testimonials to his accomplishments as a legal scholar. Abbe Gluck, a professor specializing in health-related law, was typical in her praise: "Brett Kavanaugh is a true intellectual — a leading thinker and writer on the subjects of statutory interpretation and federal courts; an incomparable mentor — someone who picks law clerks of all backgrounds and viewpoints; and a fair-minded jurist who believes in the rule of law. He is humble, collegial and cares deeply about the federal courts."

This press release rendered the letter signatories, who include several law school and Yale College professors, "ashamed" of their alma mater. "Judge Kavanaugh's nomination presents an emergency — for democratic life, for our safety and freedom, for the future of our country," the letter stated. The use of "safety" rhetoric signals that we are in prime identity-politics territory. Students across the country regularly claim that they are unsafe at college campuses — threatened by reading Milton, threatened by politically unorthodox views. "Without a doubt," the letter continues, "Judge Kavanaugh is a threat to the most vulnerable. He is a threat to many of us, despite the privilege bestowed by our education, simply because of who we are." This fear, the authors clarify, is not hyperbole. "People will die if he is confirmed," the letter alleges.

The letter pays particular attention to two of Kavanaugh's appellate court decisions on abortion and contraception. "Kavanaugh's opinions give us grave concern that he will consistently prioritize the beliefs of third-parties over the rights of the oppressed," state the signatories. Apparently anyone who seeks an abortion or free contraception from her employer is now among the "oppressed." (The letter, while standard in many ways, also heralds a new development in the rapidly evolving campus protocols regarding gender. It refers to abortion-seekers exclusively as "people" and "persons," not as "women." Assuming that a pregnant person is female, you see, is transphobic; as Planned Parenthood of Indiana and Kentucky tweeted, "Some men have a uterus.")

The signatories are so enraged by Kavanaugh's oppressive qualities that they cannot even get their chronology straight. They quote from a Minnesota Law Review article in which Kavanaugh questioned whether the Constitution allows a sitting president to be criminally indicted. That article, they say, "does not reflect high-minded consideration but rather naked partisanship." The article appeared in 2009, when Barack Obama was in the White House. If Kavanaugh was nakedly partisan in his opinion, he was either partisan in favor of Democrats or miraculously prescient.

The idea that there are two sides to thorny legal issues eludes the letter-writers, most of whom graduated in the last decade. One might think that an appreciation for complexity and good-faith disagreement would be a primary benefit of a legal education. Instead, in a rank outbreak of results-oriented legal thinking, the petition assumes that there is only one correct answer to such questions and that dissenters must be motivated by malice and ideology. Kavanaugh's "assault on the administrative state" is "based not in law, as he claims, but on policy preference," the petitioners write. How do they know?

The need to think dispassionately has been under attack by law school activists for decades. Students demand exemption from moot court assignments that violate their political beliefs. They have sent the Socratic method of teaching, deemed too patriarchal and white, into fast retreat. Today's academic narcissist, whether in law schools or on the rest of the campus, makes no effort to escape his own point of view. The Enlightenment ideal of reason transcending the narrow confines of the self is now denounced as yet another way to oppress victim groups.

The letter's denunciation of Kavanaugh's "partisanship" is particularly ironic. Recognizing merit in one's political adversaries is a mark of intellectual maturity. Judges in particular need to maintain amicable relationships with colleagues with whom they may profoundly disagree. A civil society depends on such open-mindedness toward disagreement. That Yale's law students, allegedly the most elite in the land, see this supremely accomplished legal thinker as a right-wing kook reveals their own parochialism, which the faculty has done nothing to overcome. But their petition also reveals a delusional ideology of victimhood that is infusing mainstream institutions throughout the country.